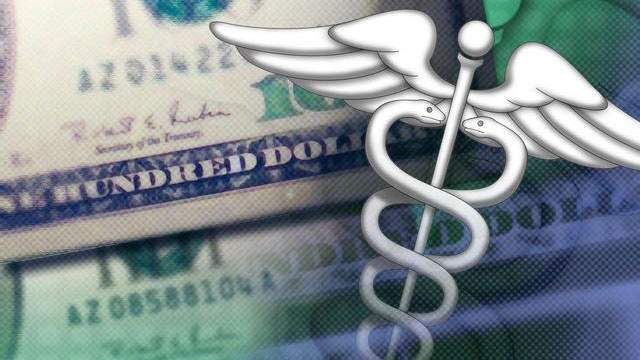 As Floridians lost jobs during the coronavirus pandemic, tens of thousands of people enrolled in the state’s safety-net health program. State data show that 3.9 million Floridians were enrolled in Medicaid in April, more than a 4 percent increase over the prior month’s enrollment, according to the latest available numbers from the state. More from Health News Florida and the Center Square.

As coronavirus cases skyrocket, health director concedes ‘It is not contained in any way, shape or form’

While health experts and leaders offer differing opinions and levels of caution about the increase in cases, one thing is clear: The disease continues to spread. From June 1 through Thursday, the state counted a total of 285,463 tests. And during that period, there have been 12,906 new cases. But from May 1 through May 11, the state counted a total of 177,588 tests. During that period, there were 7,284 new cases. More from the South Florida Sun-Sentinel and the Palm Beach Post.

Gov. Ron DeSantis’ administration has notified Florida doctors and safety-net health providers about the availability of upward of $25 billion in additional federal COVID-19 relief money. The DeSantis administration sent an alert Wednesday advising health-care providers about the opportunity to qualify. Of the money, $15 billion will be targeted to clinicians who participate in state Medicaid programs and the Children’s Health Insurance Program and have not already received previous payments from $50 billion made available under a stimulus law known as the CARES Act. U.S. [Source: WJXT]

A nursing home worker in New Jersey rendezvoused with “the parking lot guy” to cut a deal for gowns. A director of safety-net clinics in Florida learned basic Chinese and waited outside past midnight for a truck to arrive with tens of thousands of masks. A cardiologist in South Carolina tried his luck with “shady characters” to buy ingredients to blend his own hand sanitizer. The global pandemic has ordinary health care workers going to extremes in a desperate hunt for medical supplies. [Source: WUSF]

› Doctors Hospital of Sarasota starts allowing visitors with some restrictions [WFLA]
Visitation at hospitals across Tampa Bay have been restricted for months due to COVID-19 concerns. Doctors Hospital of Sarasota stopped allowing visitors in back on March 20. For the first time in nearly three months, the hospital’s doors reopened to visitors Thursday with some restrictions in place.

› Innovative procedure helps Davie woman with rare lung condition [WPLG]
Pulmonary hypertension was robbing Peggy Notman of her life, one breath at a time. It started in her early sixties when she developed a blood clot in her lung after hip replacement surgery eight years ago. "It was downhill from then on," she said. "I was diagnosed with all the problems a year later." Because of her underlying health issues, Peggy didn't qualify for a complex surgical procedure that could cure the disease, but she was a candidate for a new procedure.

› Card Angels of Florida make and send cards to Tampa Bay retirement homes and hospitals [Tampa Bay Times]
Theresa Calderini was a patient at Moffitt Cancer Center when she decided to start making cards six and a half years ago. The mass on her spine wasn’t cancer, but she had it removed at Moffitt. Like all patients, she was doing a lot of waiting around. Being a crafter, she started making cards while she waited. Other patients took notice. She handed out the cards. From that experience, Card Angels of Florida was born.