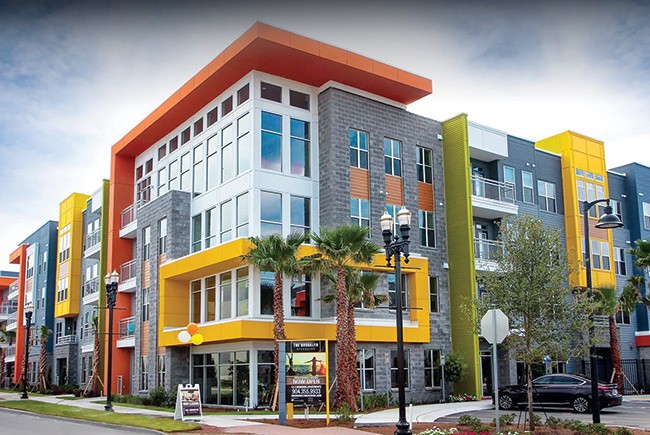 Gentrification looms in Orlando’s Little Vietnam neighborhood. It’s the same sort of problem facing other ethnic and cultural enclaves in the cities around Florida, where urban redevelopment threatens to wipe away the unique character of places like the warehouse district and Little San Juan neighborhood in Miami’s Wynwood and St. Petersburg’s Central Avenue. [Source: Florida Trend]

Three businessmen who built a real-estate empire on the backs of investors from South Florida to Southern California were arrested Thursday on charges of orchestrating a $1.3 billion Ponzi scheme that swindled thousands, authorities said. Most of the victims were elderly. [Source: Miami Herald]

Caribbean real estate is hot (and getting hotter)

The Caribbean real estate market is hot as ever. That was the takeaway at last week’s first-ever Caribbean Real Estate and Investment Summit, held in the heart of downtown Boca Raton. The summit, helmed by powerhouse real estate brokerage The Agency, brought together brokers, developers, investors, attorney and other stakeholders in the booming regional industry. [Source: Caribbean Journal]

Canadians are buying homes in Tampa Bay, but so are Icelanders, Turks and Finns

Tampa Bay is bucking the trend as turmoil abroad — be it Brexit in Britain or upheaval in Venezuela — is taking its toll on Florida's real estate market. While sales to foreigners dropped 15 percent statewide last year, the bay area managed to slightly increase its share of buyers from other countries, according to a new study by the National Association of Realtors. [Source: Tampa Bay Times]

Just three months after Latitude Margaritaville’s developer walked away from a pending deal to double the size of its Jimmy Buffett 55-and-older community, a mystery developer has emerged to snap up the site. Consolidated-Tomoka Land Co. on Monday announced it agreed to sell the 1,600-acre site immediately north of Latitude Margaritaville to “a master-planned community developer that would be new to the Daytona Beach market.” [Source: Daytona Beach News-Journal]

STAT OF THE WEEK
19
John W. Henry owns the Boston Red Sox, the Boston Globe, and the Liverpool Football Club. He also owns a spacious Florida mansion that has 19 bathrooms and is currently on the market. [Source: Business Insider]

› A close look at the state of affordable housing in Orlando [GlobeSt.com]
Follow a deal earlier this year involving the purchase of the Tropical Manor apartment complex, GlobeSt.com takes a closer look at Florida affordable housing and learns more on how the much-needed affordable units of this particular complex could have otherwise been converted to market-rate housing.

› Everyone agrees Pensacola Beach's lease system is broken. But how to fix it? [Pensacola News Journal]
Escambia County and Pensacola Beach leaders hope to bring some uniformity to the complicated lease system that has governed development on the beach since 1947, but their task isn't easy.

› The evolution of Edgewater, a hidden gem [Miami Herald]
There is no denying Miami is on the rise. With a booming downtown, a bustling financial district in Brickell, and a beach that attracts visitors worldwide, now is the time to be in Miami. As the city continues to evolve and advance, lesser-known neighborhoods bordering the major districts are stepping forward, developing their own unique identities, and gaining international attention.

Take a virtual tour of a modern intracoastal estate sited on 85 feet of waterfrontage on prestigious Boca Harbor Island with tranquil preserve views on the wide waterway.