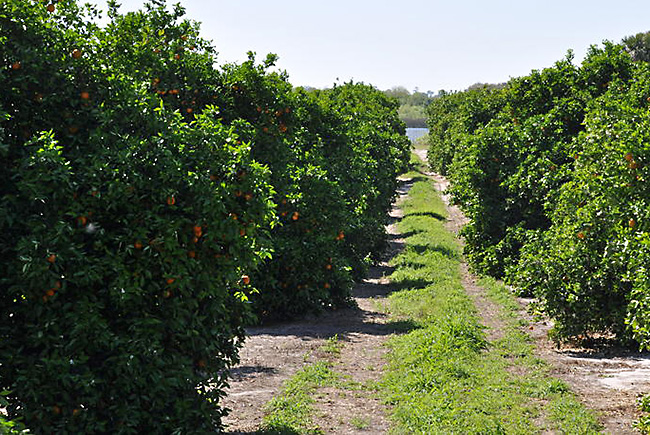 Florida's citrus industry suffered $760 million in damages from Hurricane Irma, according to the Florida Department of Agriculture and Consumer Services.

Florida citrus farmers are praising the passage of the spending bill in the U.S. Congress.

Included in the budget plan is $90 billion dollars in disaster relief. Around $2 billion is earmarked for Florida farmers battered by Hurricane Irma, with $700 million going directly to the state's citrus industry.

Citrus growers suffered $760 million in damages from the hurricane and orange production was estimated to be down nearly 30 percent, according to the Florida Department of Agriculture and Consumer Services.

Michael Sparks, CEO of the Florida Citrus Mutual trade association, said citrus farmers were actually expecting a year-over-year increase when Hurricane Irma struck the state. For years, the industry has suffered losses from a disease known as citrus greening.

"We had been knocked down by an invasive pest and disease, we were just trying to pick ourselves up, and then mother nature and Hurricane Irma dealt us this sever blow," he said.

South West Florida, where the hurricane initially made land fall, was the hardest hit. It is also where some of the state's largest orange groves are.

Sparks said growers have already waited more than five months for federal aid, and hopes money can be distributed soon. The disaster aid comes after a recent tax overhaul that provided incentives to farmers to replant lost trees.

U.S. Senator Bill Nelson of Florida lead the push for the inclusion of diaster aid in the spending deal. In a written statement, Nelson said he hopes the aid package provides relief to those still struggling to recover in Florida and Puerto Rico.

"The disaster funding in this bill will not only help provide Florida’s schools and citrus growers the help they need, it will also help Puerto Rico rebuild its power grid and avoid an even greater healthcare crisis," Nelson said.