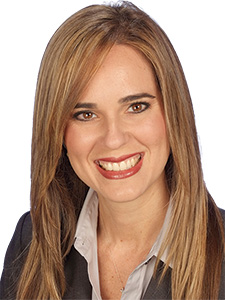 School of thought: Codina Partners takes a novel approach to its charter school

FLORIDA KEYS — Monroe County is allowing recreational vehicles to be used as temporary housing on properties damaged by Hurricane Irma.

MIAMI — The Institute of Contemporary Art Miami will open in the city’s Design District in December, in a 37,500-sq.-ft., threestory building. Bostonbased construction company Suffolk Construction will launch one of its Smart Lab incubators in the city; it will nurture construction-industry technologies and innovations. Startup Home61 has raised $5.3 million and will expand from Miami- Dade and Broward counties to Chicago, Houston and Phoenix. The company’s platform helps real estate agents schedule viewings, access notes and analytics, streamline the contracts process and automate other administrative work. Legaltechnology startup Court Buddy hit the $1-million mark in seed funding, making cofounder Kristina Jones one of only 14 African- American women in the country to raise $1 million or more in venture capital (her husband James Jones cofounded the company). Startup DermaSensor, which is developing a hand-held device for checking people’s skin for cancer, recently secured $2 million in financing; it has raised $4.45 million to date, and its device is in clinical trials in the U.S. and Europe. Maurice Ferré, founder and former CEO of Mako Surgical, founded DermaSensor in 2009. Automotive and motorsport digital platform Motorsport Network acquired German online motorsport media company Sport Media Group.

NORTH MIAMI — Turnberry Associates and LeFrak secured a $101-million loan to begin construction of SoLeMia Miami, a 183- acre mixed-use development that has been in the works for years.

Innovation: On the Grid

The company Jason Doyle co-founded, Gridics (short for Grid Analytics) created an app that lets city planners, developers, architects and others visualize in a 3-D format what can be built on a specific parcel of land. Zonar.City uses a city’s zoning regulations — from setbacks to height limits — and can incorporate property records and other pertinent data. In October, the company used its software to generate 3-D images of six development sites in downtown Miami that meet Amazon’s real estate requirements for a second headquarters. This spring, the city of Miami signed a oneyear contract for Zonar.City. Subscriptions cost about $250 a month per user. -Doreen Hemlo