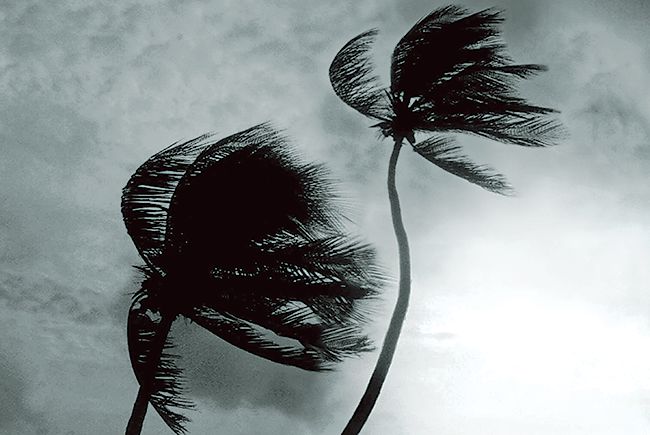 Until the wind blows: Floridians have choices for property insurance

Floridians now have more choices than just state-run Citizens. A cohort of homegrown property insurance companies has emerged in Florida, and some of the firms are even expanding to other states.

When it comes to hurricanes, Florida is an outlier: Insurance rates, risk, market troubles and state manipulation all have been disproportionate compared to other states. But all that distortion has produced an unlikely outcome — the creation of a home-grown property insurance industry that’s now moving out to compete regionally and nationally.

For evidence of how much the Florida property insurance market has changed, look no further than Weston Insurance in Coral Gables. Founded just five years ago, it writes coverage for what was once an untouchable market: Wind-only insurance for Florida condo buildings close to the coast.

It’s quite a turn in the state’s long, complex relationship with the insurance industry. Once, Jacksonville was known as the “Hartford of the South” because of the concentration of insurers there. The state’s homeowners market was dominated by national-name legacy carriers such as State Farm and AllState.

The state filled the void: As recently as 2012, state-run Citizens Property peaked at nearly 1.5 million policies and $515 billion in exposure, the largest home insurer in Florida and one of the largest in the nation.

Since then, however, Citizens has moved aggressively to unload policies. Its current number of policies, 488,565, makes Citizens the second-biggest property insurer in Florida by number of policies. Fort Lauderdale-based Universal Property & Casualty is now the state’s biggest property insurance company, with 550,203 policies, according to the Florida Office of Insurance Regulation.

Relatively young, Florida-based insurers now dominate the state’s list of top 25 insurers by number of policies. In particular, Tampa Bay has become home to a cluster of new property insurers. As of year-end 2015, the 19 members of the Florida-based companies trade group, the Florida Property & Casualty Association, wrote 1.86 million policies in Florida and employed 1,949 directly and more as contractors and partners, the association says.

Many of the Florida companies have grown thanks to Citizens efforts to shrink itself. Citizens has transferred tens of millions of dollars of premiums to private-sector insurers to take policies off its hands. In 2013, it reached a deal with Clearwater-based Heritage Property & Casualty to take what turned out ultimately to be 40,000 policies, for example. The deal received scrutiny for its high per-policy cost and because Heritage had donated to Gov. Rick Scott’s reelection effort. Scott said he didn’t influence Citizens on the deal.

Weston Insurance, meanwhile, was the first to take out wind-only commercial lines policies from Citizens. At the time, it was reported as a $63-million deal between Weston and Citizens. While the number of policies involved wasn’t as large as other companies’ takeout deals, the policies represented some of Citizens’ greatest risk. The deal took $30 billion in exposure off Citizens’ books.

Weston is a rare bird: A wind- and hail-only “admitted” insurer, that is, an insurer subject to state rate regulation. It’s also backed by the Florida Insurance Guaranty Association. CEO Michael Lyons says that when Weston first approached the state with a plan for a wind-only company the view was “these folks stumbled in from a bar.”

Lyons says Weston believed that while some reinsurers understood the Florida market, others didn’t. In particular, according to Lyons, they failed to understand the relative risk to newer structures built to the ultra-tough building code used in Miami-Dade and Broward. “It was an uphill battle to get this second group on board, and it took numerous conversations to work through what we thought were misunderstandings about the Florida property market,” Lyons says.

Commercial residential — condo master associations, not individually owned units — accounted for 43% of the company’s insured limits in April. Another 19% came from commercial structures such as hotels, office towers, retail, municipal buildings and houses of worship. Nearly all the remainder was in individual condos and homes.

Lyons says the majority of the properties it covers are within one mile of the coast, and 91% are within three miles. Weston had 32,219 policies as of March.

Weston, Lyons says, is one of the larger purchasers of reinsurance in North America. Reinsurance rates are low thanks to increased competition in the market and Florida’s unequaled string of 10 years without a hit. Low reinsurance has led companies to buy more of it, offshoring the risk and making their financials look good.

The low cost of capital brought in lots of newcomers, says Roger Desjadon, CEO of Florida Peninsula, which though founded only in 2005 is a relatively older Florida-based insurer. “What’s happened in the short term … purchase reinsurance,” Desjadon says.

The trend in reinsurance, and its effect on Florida policy costs, can change with bad weather or a shift in investing priorities by interests now putting money in reinsurance.

At the micro level, the question for homeowners is how much they pay and how safe the young companies are. Florida homeowners on average pay $2,115 for the most common type of homeowners’ policy — the highest in the nation and nearly double the national average, according to a report from the National Association of Insurance Commissioners.

Insurers say their Florida rates have been relatively flat in recent years and reflect the risk. But, says Sean Shaw, the state’s former Insurance Consumer Advocate, now a lawyer in private practice running for a state House seat in Tampa Bay, “Insurance companies try to complicate this, but average Floridians know that they pay more for insurance than anywhere in the country for less coverage and we haven’t had a hurricane in more than 10 years.”

State residents have seen Florida- based startups rise before and fail. Poe Financial, parent to three companies, became the state’s largest homegrown residential insurer after its 1996 founding through aggressive take outs of Citizens’ policies and then became the state’s largest failure following the 2004-05 seasons. At one point, six of 18 companies approved by the state Office of Insurance Regulation to take out policies from Citizens from 2007 to 2011 failed.

State regulators offer assurances that companies now are financially capable. Each year, Florida insurance regulators study insurers’ capital, surplus and reinsurance to determine if they could absorb losses from 1-in-100 year events or worse. They model the 1957 Great Hurricane that hit Fort Lauderdale, the Tampa hurricane of 1921 and the quad-storm year of 2004.

The office found that 112 participating insurers could handle such catastrophes, including all 67 participating Florida insurers. “I don’t know what more we could do in the state of Florida to make sure claims are paid in a catastrophic event,” says Jay Neal, president, Florida Association for Insurance Reform. “Solvency is always a concern, but it’s a smaller concern than it has ever been.”

Meanwhile, some of the newcomers have springboarded into other southeastern states and the nation. Says Neal, “Florida in 10 or 20 years should be a far more significant player in the regional and national insurance markets.”

Writing coverage beyond Florida not only means more business but also diversifies risk. Heritage Insurance, which touts “attractive Florida dynamics” to investors, is in the midst of a coastal state expansion. It’s also writing policies in Hawaii and North Carolina and is approved to write in South Carolina, Alabama, Mississippi and Georgia. It’s seeking approval in Massachusetts.

ASI, the St. Petersburg-based parent of five Florida-domiciled insurers and one in Texas and another in Delaware, has grown to more than 640 employees and is the 16th-largest property insurer in the nation. It’s in 36 states and plans to be in all 50 by the end of 2017. Last year, its parent sold a majority interest for $890 million to Progressive but it retains its headquarters in St. Petersburg.

Weston Insurance, Lyons says, is now writing in Texas and is expanding into South Carolina, Mississippi and Alabama.

Not all insurers have major expansion plans. Florida Peninsula, for instance, is licensed in South Carolina but doesn’t write there. Desjadon says “we’re constantly looking” at expansion beyond Florida, but Florida is a huge state with lots of opportunity and “we like to make sure we have everything buttoned up here.”

Florida property insurers rely on the state-run hurricane catastrophe fund for reinsurance — insurance they buy to cover themselves in the event of major losses. Insurers opt for one of three coverage levels: 45%, 70% and 90%. That is, the CAT fund reimburses an insurer with 90% coverage for 90% of its hurricane losses, leaving the insurer to pay 10% from its own resources. Since the fund started in 1995, insurers representing an overwhelming number of the premium dollars in Florida — indeed, nearly the entire market from 2004 to 2015 — have opted for 90% because the tax-exempt, non-profit CAT fund is cheaper than the private reinsurance market. But last year, 23 insurers cut back their coverage to the 45% or 70% tiers. The share of the state’s premiums covered at the top tier is at its lowest ever — though still nearly eight in 10 premium dollars. What happened? The 2004-05 storm seasons exhausted the CAT fund’s $6 billion in reserves. To make good on its promises to insurers, the fund issued bonds and assessed policy owners in Florida 1.3% of premiums to pay them. As long as the CAT fund had its 1.3% assessment going, insurers had to stand pat. The exit door finally opened after the fund paid off the bonds from the storm years. Also, private reinsurance prices have fallen dramatically. Low investment returns, a decade of quiet storm seasons in Florida and growing catastrophic risks in other parts of the globe have brought more competition to reinsurance for Florida, driving down rates.

Nothing stays settled for long in Florida property insurance. The front-burner dispute roiling the industry today pits insurers against lawyers and contractors over “assignment of benefits.” Most people are familiar with AOB from signing such forms when they visit a doctor, allowing the doctor to bill insurers and get paid directly. In property, it occurs when homeowners assign their insurance rights over to a contractor to repair damage.

Insurers say it’s rife with fraud by unscrupulous contractors, who overcharge for repairs or convince people to claim event damage that’s really just wear and tear not covered by insurance. Insurers say it drives up costs to them and ultimately all consumers while providing no benefit to the individual claimants. The opposite view is that insurers don’t want to pay what they legitimately owe.

Florida’s Insurance Consumer Advocate Sha’Ron James calls it “a major battle between the insurance companies and particularly the attorneys. It’s a major battle that hasn’t been resolved.”