The governor is warning that Puerto Rico can’t pay its $72 billion public debt, delivering another jolt to the recession-gripped U.S. island as well as a world financial system already worrying over Greece’s collapsing finances. More from the AP and FOX News.

With an estimated 2.13 billion social network users around the globe by 2016 it’s a marketers dream come true. Or, maybe it’s a nightmare. This “gift” from hard working tech wizards turns out to have all sorts of costs after all. More from Ron Stein.

Three high school students were going to get the science lesson of a lifetime by flying their experiment in space. Instead they got a life lesson about loss, but more importantly about determination as they watched their experiment get wiped out Sunday in a second straight rocket failure. More at the Orlando Sentinel.

The National Hurricane Center and Florida International University are launching a new Spanish-language website for hurricane preparation. The website will include information on hurricane science, residential mitigation strategies, preparedness, and announcements, including tropical cyclone advisories. More at the AP.

For many companies, it is customary to run a criminal background check on newly hired employees or just before an offer is made. This is a fine policy. I just caution companies not to automatically eliminate people from consideration simply because they have been convicted. More from Jerry Osteryoung. 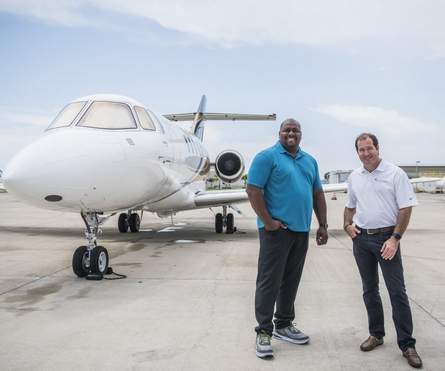 At first glance, venture capitalist Steve King and retired major league baseball star Bobby Bonilla wouldn’t appear to have much in common. But King and Bonilla launched AeroIQ LLC in 2012 to fill what they saw as a hole in the market.