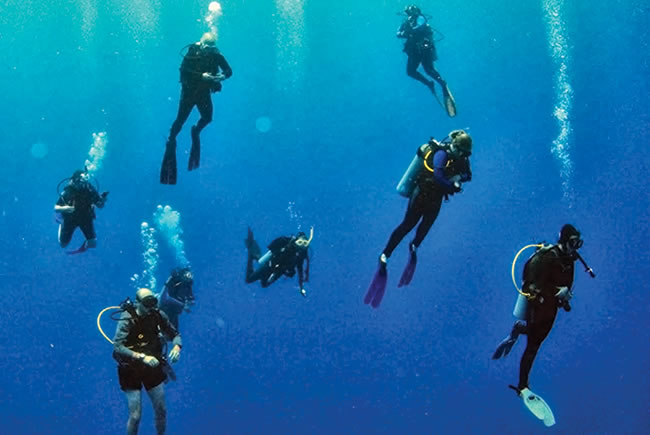 In May, DiveBar organized a trip to Belize. 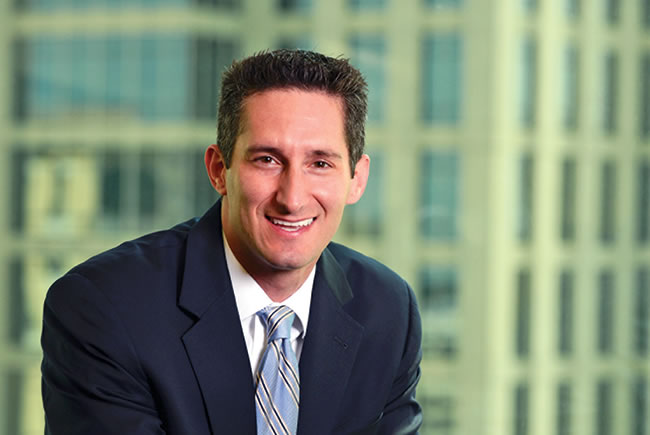 David Black was 7 the first time he saw someone pull on a wet suit and jump into the Atlantic Ocean. Right then, scuba diving became his dream. Whenever someone asked him what he wanted to do when he grew up, Black said he planned to move to the Caribbean and become a diving instructor.

Oh, and he also wanted to be a lawyer.

Black followed through on both ambitions. After college, he moved to Grand Cayman and taught diving for a year before returning to the U.S. and enrolling at the Boston University School of Law.

Now a 32-year-old associate at Berger Singerman in Fort Lauderdale, Black still dives — as many as three times a month — and usually with fellow members of DiveBar, a 2-year-old south Florida-based group that calls itself the “first underwater Bar association for legal professionals.”

In May, DiveBar organized a trip to Belize, where attorneys dove with whale sharks. There was a trip to the Bahamas this year, too, along with numerous diving excursions closer to home, from Jupiter to Key West to Venice.

“For lawyers who have very little free time, it’s a very efficient use of our free time,” says Black, DiveBar’s president. “DiveBar allows us to have a lot of fun pursuing our passion of diving, but it also allows is to do good at the same time.”

Last summer, for example, DiveBar attorneys helped a research team from the University of Miami’s R.J. Dunlap Marine Conservation Program catch, tag and release sharks off the coast of Islamorada. DiveBar also partnered with Nova Southeastern’s National Coral Reef Institute to help care for and transplant live coral to a coral reef off the coast of Fort Lauderdale. DiveBar’s involvement, apart from relieving the researchers of grunt work, includes covering some of the expenses.

DiveBar also supports the Diveheart Foundation, which teaches disabled people to dive, and raised $3,000 last June during an American Cancer Society’s Air and Sea Relay for Life. The event required participants to dive off the coast of Lauderdale-by-the-Sea rather than walk around a track.

Rosinski, 31, joined DiveBar two years ago when she was still attending Nova Southeastern University’s law school. She says her involvement has made her a better diver — DiveBar offers diving education classes to its members — and has helped her embark on her new career.

“I met a lot of people who have provided me with professional guidance that I wouldn’t have had otherwise,” she says. “It has opened up a lot of opportunities.”

For Black, DiveBar has led to new business.

“I’ve gotten referrals through friends I’ve made at DiveBar because they get to know who I really am,” he says. “When you go to some networking event, where you meet people for a cocktail after work, you don’t necessarily share anything in common with them, and you really don’t get to know them. But when you’re on a dive boat with someone or you’re on a trip for a long weekend, you get to know people in such a more substantial way. As a result, they come to trust my judgment and will refer a client to me much more so than if they just met me for 45 minutes at a networking function.”