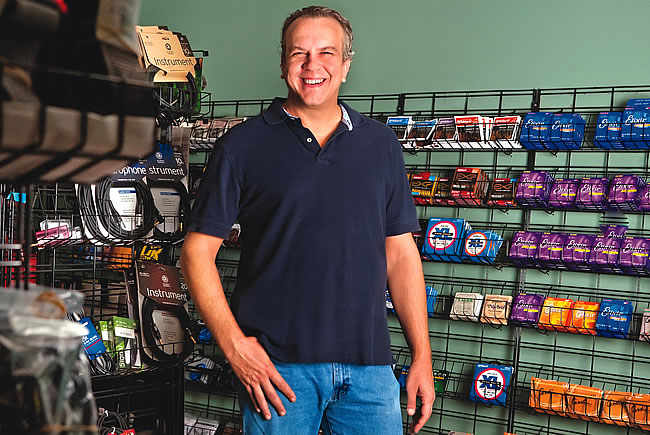 From Mozart to Metallica, business for Kenny Stinnett is all about music. At his Gear 1 Music warehouse in Panama City’s downtown, he and eight employees package and ship up to 300 orders daily — ranging from instruments to motion picture sound tracks. Nearly 20% of his orders are international. Among recent shipments: A Johnny Cash book to Russia, guitar strings for a first lieutenant in Afghanistan and a microphone to Ireland.
“Ukuleles are really hot now. They’re a great way to get into playing an instrument,’’ says Stinnett, who plays guitar. “We sort of cater to the educational markets and to beginners.’’ He started the business in Birmingham 12 years ago, then relocated in 2009 to the coast, the site of his childhood vacations. Stinnett’s wife, Margaret, who plays piano, writes a Gear 1 Music blog.