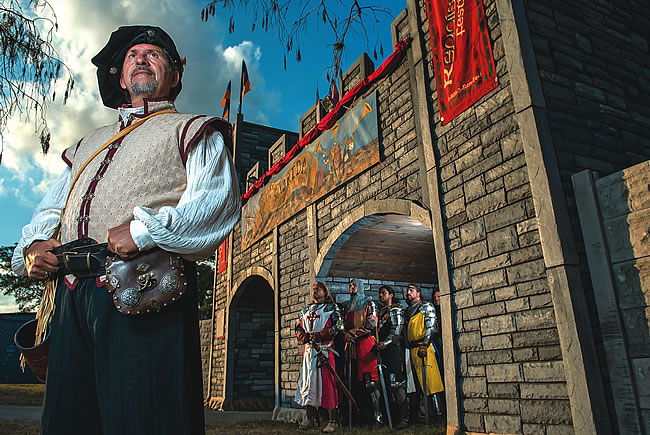 Bobby Rodriguez came to Florida as a jazz singer but began producing shows, including the precursor to the Renaissance festivals he now stages. 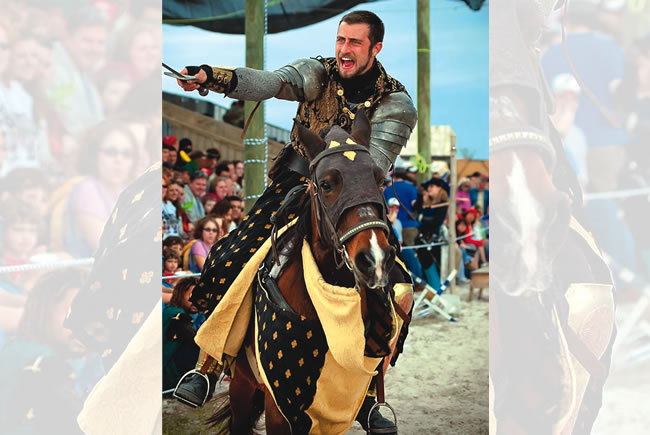 As March begins, event producer Bobby Rodriguez casts an eye on the weather for the remaining weekends that his 21st annual Florida Renaissance Festival will run. Over the course of six weekends in Deerfield Beach and three in Miami, Rodriguez gambles his $1.5 million production won’t be ruined by the weather — or by threatening forecasts that keep the public away. “I hate when they say 50% chance of rain. How about 50% chance of sun?” Rodriguez says.

A native New Yorker, Rodriguez came to Fort Lauderdale in 1977 as a jazz band leader and singer. He moved into booking acts, performed when he could, and to get some security — it’s tough finding a venue for a 19-piece jazz band — he began producing shows, company picnics, high-end bar mitzvahs and weddings. In 1992, he put on a two-day medieval fair. Rodriguez broke even on the weekend. “If I had lost money, that would have been that,” he says.

Instead, it became his main business. The shows are magnets in south Florida as the public turns out to eat and drink and watch jousters on horseback, a falconer, humor acts and other entertainment, whether pirate re-enactors, “Bodacious Bodices” weekends or fellow patrons who come in their own costumes.

At $20 a ticket for adults, the 100,000 attendees bring in upward of $2 million. His Bobby Rodriguez Productions also draws revenue from vendors and sponsors anxious to reach his upper-middle-income patrons. This year, he added a sixth weekend to the Broward event and a third to Miami. In a nod to “Viva Florida 500,” an actor will play Juan Ponce de Leon, whose landing in La Florida 500 years ago the state is commemorating.

His ride hasn’t been smooth. The recession stalled growth. Miami was a “huge bust” the first two years, he says, but has done well since moving to Cauley Square, a nostalgia village south of Miami. “I just want to continue to build both shows and build the quality of the show,” he says. “It has a major positive economic impact on the community.”