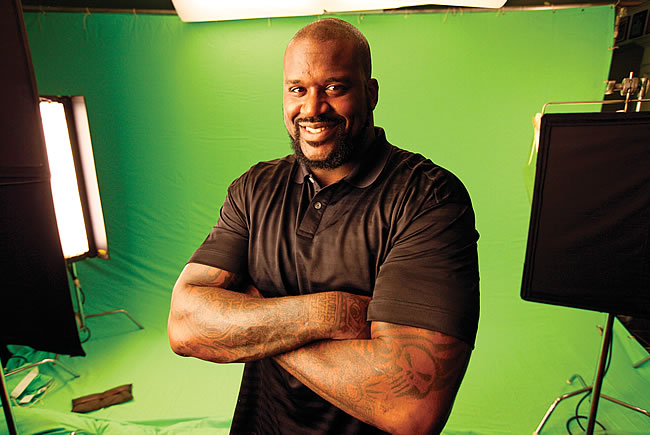 Shaquille O'Neal is a 'Florida Icon'

» Four years ago, I went to Walter Reed hospital to see some of the troops. I saw a guy with both of his legs cut off, and he had the biggest smile on his face. He told me in front of everybody, he said, ‘Hey, I’m waiting for my legs to come back’ — he was waiting on some of those robotic legs — ‘and then I want to go back to Iraq.’ I was like, ‘damn.’ From that day on, I decided I’m not complaining about nothing.

» A friend of mine was running for sheriff in Lake County, Sandy Carpenter. He unfortunately lost. If he had won, I was going to apply for the undersheriff’s job.

» I’ve always wanted to own a law firm, so I’m thinking about going to law school. Not to be a lawyer, but just to own a law firm so when I hire other lawyers I can have educated conversations with them and not just be the guy who owns the building.

» I like the mayor of Orlando, Buddy Dyer. I like what he’s doing. Every time I leave for a couple of weeks or months, there’s something new going up. We have one of the best arenas in the country, and the nightlife is the best it has been in 20 years.

» I’ve always tried to make people like me for me and not for my size. I was always bigger and more intimidating than everybody, but my sense of humor enabled people to see that I’m a regular person and a cool guy.

» One time, my father took me to a basketball game. He really couldn’t afford it. He had to scrounge to get some change to take me to the game. When I played, I remembered that. All these fathers and mothers and families that are struggling, but they take care of their kids and want to give them some entertainment for the night. It’s my job to give them a great show. So you play in pain. I never wanted anybody to waste their money when they came to see me play. If I could walk, I could play.

» I have six kids. They changed my life. I had to cut down on 90% of the nightlife and watch what I did. I’m more like a play friend to my kids. I let their mother do all the yelling and screaming. My job is just to teach them, comfort them and show them the way.

» I’m a law-abiding citizen. I try to do things right, but if I do happen to make a mistake, I don’t want people to judge me. Especially the kids, I want them to learn from my mistake.

» When I want to get wild and crazy, I take a three-hour drive down the turnpike to Miami. Hang out for a couple of days. Get in the ocean. Go to the beach. I like the Fontainebleau in Miami Beach and hanging out at Prime One Twelve and Prime Italian.

» If I didn’t play basketball, I would have probably joined the military or gone into law enforcement.

» When I left LSU early, I told my parents I would go back and get my bachelor’s. I went back and got that degree, and a master’s, but then I thought, ‘Let me challenge myself. We don’t have any doctors in the family. Let me see if I can do it.’ It was the most challenging six years of my life, but I accomplished it. I’ve got a doctorate in education.

» A lot of athletes have endorsements, but I don’t really do endorsements. I do partnerships. I’m with this company, QS Holdings, which makes Quick Sticks glucose supplements for diabetics. A lot of times, when people get low blood sugar, they go to the candies, but we give them a healthy alternative.

» Most of us get in trouble when we try to portray ourselves as something we’re not.