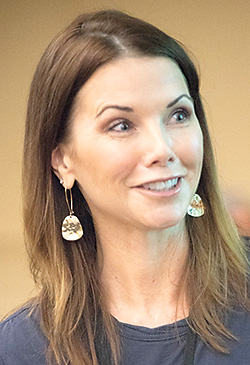 This look at health care trends in Florida opens with a look at Florida Hospital's secret project:

In July, speaking to a group of health care entrepreneurs in Orlando, Florida Hospital CEO Daryl Tol revealed that the hospital chain had a secret team — called Project Fulcrum — working to upend the health care system.

The team, he said, included experts from several fields, including banking, retail and technology. Fulcrum was set up in an undisclosed location in Central Florida, apart from Florida Hospital, he said, to better foster innovation.

Tol praised tech giants like Amazon and Google for their willingness to experiment and innovate (and occasionally fail) and lamented the lack of a similar mindset in health care.

Since then, the company hasn’t released any information about exactly what Fulcrum involves — there are suggestions it may involve an app that integrates all kinds of patient information, from health data to insurance plans, with Florida Hospital’s provider network.

Kelli Murray, an Orlando-based consultant who organized the July event at which Tol spoke, says Fulcrum likely will release something next year. “My guess is they’ll make it work for Florida Hospital and then try to commercialize it,” she says. “They want to put a stake in the ground and build a reputation as true innovators.”

Murray says Fulcrum is Florida Hospital’s attempt to get ahead of disruptive change that may be coming from outside the ranks of care providers. In January, Amazon announced a joint venture with JPMorgan Chase and Warren Buffett’s Berkshire Hathaway to create a company focused on developing technologies to provide employees and their families “with simplified, high-quality and transparent health care at a reasonable cost.” Several months later, Apple launched a line of AC Wellness clinics in California to offer primary care services to its employees (while also testing new health-related products).

Meanwhile, other hospitals and hospital systems in Florida have established their own innovation programs. Examples include the Nemours Center for Health Delivery Innovation in Orlando, which oversees a telemedicine program, and Miami Children’s Health System, which supports digital health startups through a partnership with Startupbootcamp, a Miami accelerator program and seed fund.

Earlier this year, NCH Healthcare System in Naples launched an accountable care organization (ACO) for about 50,000 Medicare and commercially insured patients. ACOs seek to limit costs by getting a group of doctors and hospitals to coordinate care for a defined group of patients. If the providers can lower costs and produce good outcomes, they receive a share of the savings. NCH President and CEO Allen Weiss says early results show modest gains.

“It’s nibbling around the edges,” he says. “Having said that, the real opportunity is in getting people healthier.” Weiss is more encouraged by gains from the Southwest Florida Blue Zones Project, a community initiative that he says is helping to improve the health and well-being of local residents.

The NCH-led project works with local employers, businesses, churches and schools to encourage people to adopt healthy diet and lifestyle practices, “so that they won’t even need health care,” he says. “Real prevention happens before you get to the doctor’s office. Once you’re in the doctor’s office and you have a problem, the game’s almost over.”

Weiss advocates replacing the current care delivery model with one that emphasizes disease prevention rather than disease treatment.

"Doing ACOs and rearranging what we do is like moving deck chairs around on the Titanic," he says. "Nobody would design the system we have today. We’ve got to start over."

Read more articles in this series:

How to get Florida Trend's December issue: