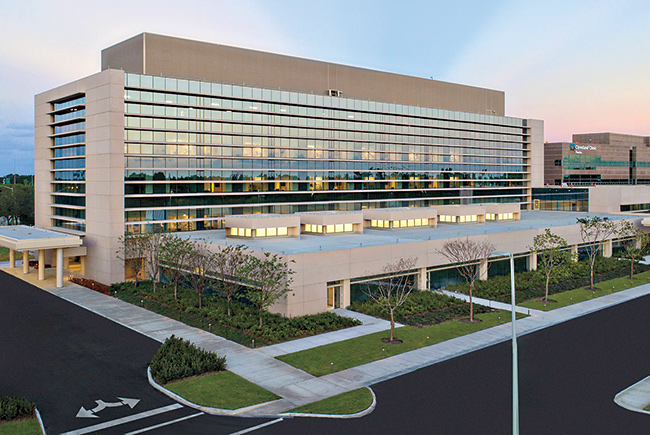 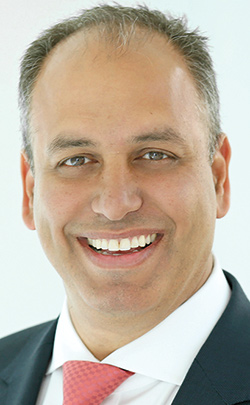 Thirty years after moving beyond its Midwest base and founding a Florida outpost, Cleveland Clinic has taken a giant leap here this year with a round of acquisitions and expansions that will take it from 155 beds in Weston to 1,058 beds across five Southeast Florida hospitals and a geographic range eclipsing that of its Ohio home.

“Our footprint in Southeast Florida is geographically going to be much bigger than our present footprint in northeast Ohio,” says Cleveland Clinic Florida CEO Dr. Wael Barsoum. Indian River lies 128 miles to the north of its base in Weston in Broward County. In Ohio, Cleveland Clinic’s main campus, plus 11 regional hospitals and 18 fullservice family health centers, all lie in a seven-county region within a 30-mile radius of Cleveland.

The two Treasure Coast hospital deals were Cleveland Clinic’s biggest by far, but the year also has seen it expand in Palm Beach and Broward. It opened a medical office in Wellington in March. In north Broward, in July it opened a 73,000-sq.-ft. family health center. In Weston, its Florida base for 17 years, Cleveland Clinic opened a tower and an expanded emergency department that total 221,000 square feet. In Fort Lauderdale, it opened a concierge medical practice this year and imported as its lead doctor a Cleveland Clinic Ohio internist who had been the personal doctor for doctors there, including Barsoum.

Hospital and health system mergers and acquisitions last year totaled a record 115 nationally, according to Illinois consulting firm Kaufman Hill. Driven by Obama-era health law changes and by a desire for negotiating power with insurers in the face of rising costs and decreasing reimbursements, hospitals have gone after scale. Stand-alone hospitals in particular have faced a squeeze.

Barsoum says Cleveland Clinic has cut $1 billion in costs in the last five years from its $8-billion system. “To stay at the top of the hill, you have to be thinking about what’s coming and to an extent be our own disruptor,” he says.

Investment rating service Moody’s says that while Cleveland Clinic is an international brand with strong cash flow and “exceptional fundraising capabilities,” revenue growth is constrained in northeast Ohio. In part, that’s what’s driving the geographic expansion in Florida and also the opening of a 200-bed hospital in London. (Cleveland Clinic also has sites in Toronto, Abu Dhabi and Las Vegas.)

In its report, Moody’s mentioned more “potential acquisitions” in Florida. Barsoum says the organization is open to the idea. “We recognize health-care organizations, to be successful, need some level of scale,” he says. “We are regularly approached by health systems and hospitals, and we are open to talking with them. If there is a community or hospital that wants us and they are like-minded and a clinical fit, then we look forward to exploring those options.”