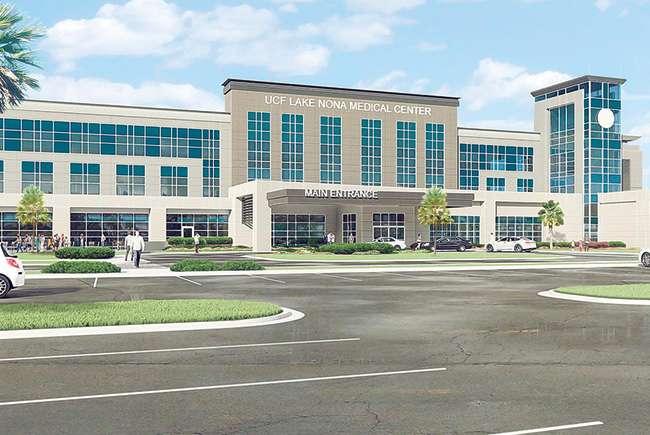 UCF Lake Nona Medical Center is slated to open by early 2021. Wendy Brandon has been named CEO of the hospital, which will be operated by HCA's North Florida division. 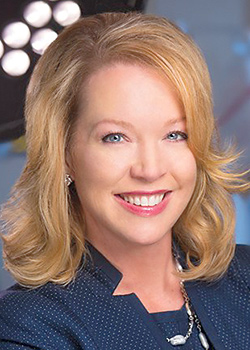 The University of Central Florida and HCA broke ground in October on a 100-bed medical and surgical hospital that will be built next to the university’s College of Medicine in Lake Nona.

Dubbed UCF Lake Nona Medical Center, the teaching hospital should open by early 2021. UCF is providing the land and its name; HCA’s North Florida division, which will operate the facility, will finance the $175-million project.

The hospital has been in the works almost since the inception of UCF’s med school, which was approved in 2006 and opened in 2009. UCF formally announced it was moving forward with it in mid-2016 and soon chose HCA as its partner. UCF and HCA were already partners on a residency programs at HCA hospitals in Gainesville, Kissimmee and Ocala.

“This hospital and its research mission are part of the economic impact we promised the community when the medical school was built,” Dr. Deborah German, dean of the UCF College of Medicine, said after the state Agency for Health Care Administration approved a certificate of need for the hospital last year. “The best health systems have an academic component at their heart, and the best medical schools have teaching hospitals.”

An HCA veteran will lead the new hospital: Wendy Brandon, who has spent the past 10 years as CEO of HCA’s 221-bed Central Florida Regional Hospital in Sanford. During her tenure, Brandon oversaw the launch of the hospital’s level II trauma center, opened the first freestanding emergency department in the region and led development of a 64-bed hospital in nearby Oviedo.

Brandon will assume her new role as CEO of UCF Lake Nona Medical Center on Jan. 1.

UCF has permission from the Florida Board of Governors to grow the hospital to up to 500 beds without seeking further approval from the board.