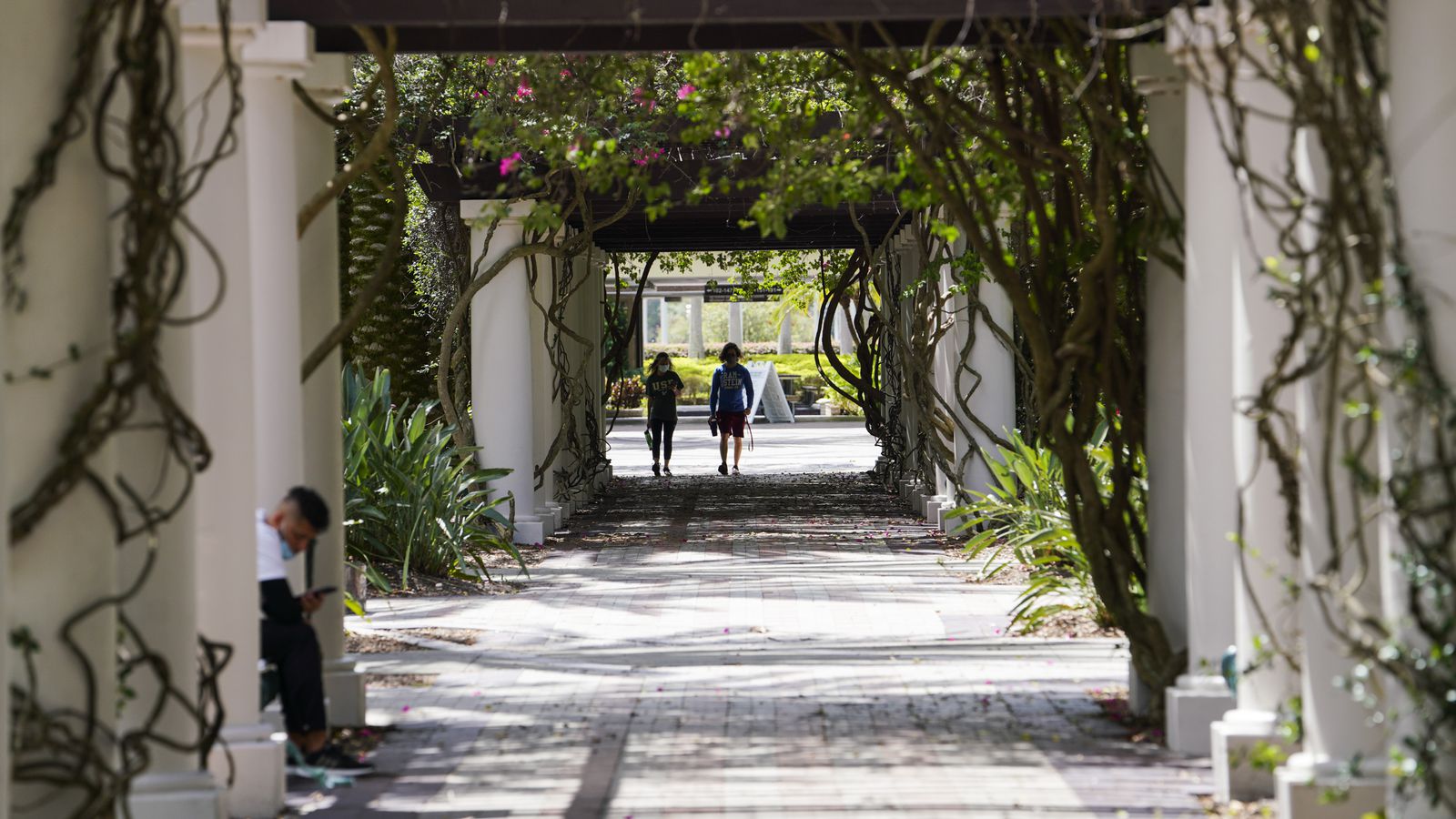 Should Florida raise tuition at state universities? It's being discussed.

Should Florida raise tuition at state universities? It’s being discussed.

Members of the Florida Board of Governors on Wednesday raised the possibility of a tuition increase for state university students, citing a decrease in state revenues because of the coronavirus. Each state university has been asked to plan for an 8.5 percent budget cut during this fiscal year and a 10 percent cut next year. Proposals so far call for streamlining programs and services and the possibility of personnel cuts, among other steps. More from the Tampa Bay Times.

Florida was already experiencing a teacher and substitute teacher shortage -- and the COVID-19 pandemic has only made it worse, according to Florida Education Association President Andrew Spar. The FEA is still gathering statewide statistics on the shortage, but Spar said based on preliminary information, the union is reporting double the number of normal teacher retirements for a school year, double or triple the number of teachers resigning, and four to five times the number of teachers and staff taking a leave of absence. [Source: WPEC]

It’s no surprise that shark fin soup is bad for sharks. Research from Florida International University points the way to curb its popularity: Show the older people in China who savor it that the soup is bad for them, too. Doctoral candidate Laura Garcia Barcia, working with researchers from the United States and Hong Kong, tested mercury levels in shark fins sold in the Hong Kong retail trade. “The results were astonishing,” Garcia Barcia says. [Source: Florida Trend]

In Florida, schools under pressure to get rid of police officers

Since a white police officer killed George Floyd in Minneapolis, and protesters filled the streets in historic uprisings, major school districts throughout the country have voted to get police out of schools, including Minneapolis, St. Paul, San Francisco, Oakland, Seattle, Portland, Denver, and some schools in Chicago. Student activists in South Florida want the same thing to happen here. But they face what could be an insurmountable challenge: widespread security fears in the aftermath of the Parkland shooting. [Source: WUSF]

The University of West Florida is planning to request $15 million from the Florida Legislature to establish a new Department of Cybersecurity. The proposal, presented to the university's Board of Trustees last week, is part of a larger initiative to build the Pensacola region's reputation as the "Cyber Coast," a national hub for cybersecurity education, careers, research and innovation. [Source: Pensacola News Journal]

› SeaWorld offers free admission to Florida teachers [Tampa Bay Times]
SeaWorld Orlando announced active and certified Florida teachers who teach kindergarten through 12th grade can register for a free SeaWorld Florida Teacher Card. Once registered, cardholders get free admission to the park through August 2021. In addition, teachers may also bring up to three guests for $27.99 each. Also, teachers and up to three guests get 50 percent off Quick Que Unlimited.

› Thousands gone from Tampa Bay schools, early student counts show [Tampa Bay Times]
Florida education commissioner Richard Corcoran told districts that their per-student funding would be protected at pre-coronavirus projections if they established plans that included in-person instruction from the outset of the academic year. Corcoran’s order also allowed districts to get full funding for the students regardless of whether they attended online or on campus. Or if they didn’t show up at all. And that is happening.

› Florida Tech announces third consecutive virtual graduation amid COVID-19 [Florida Today]
The Florida Institute of Technology's fall graduation ceremonies will be held online, the university announced Tuesday. "With the uncertainty of the pandemic ongoing and the health and safety of Florida Tech students and their families paramount, the university has announced its Fall commencement ceremonies will be held virtually," university spokesman Adam Lowenstein wrote in a letter. About 850 students are expected to graduate at the ceremony, scheduled for Dec. 11.