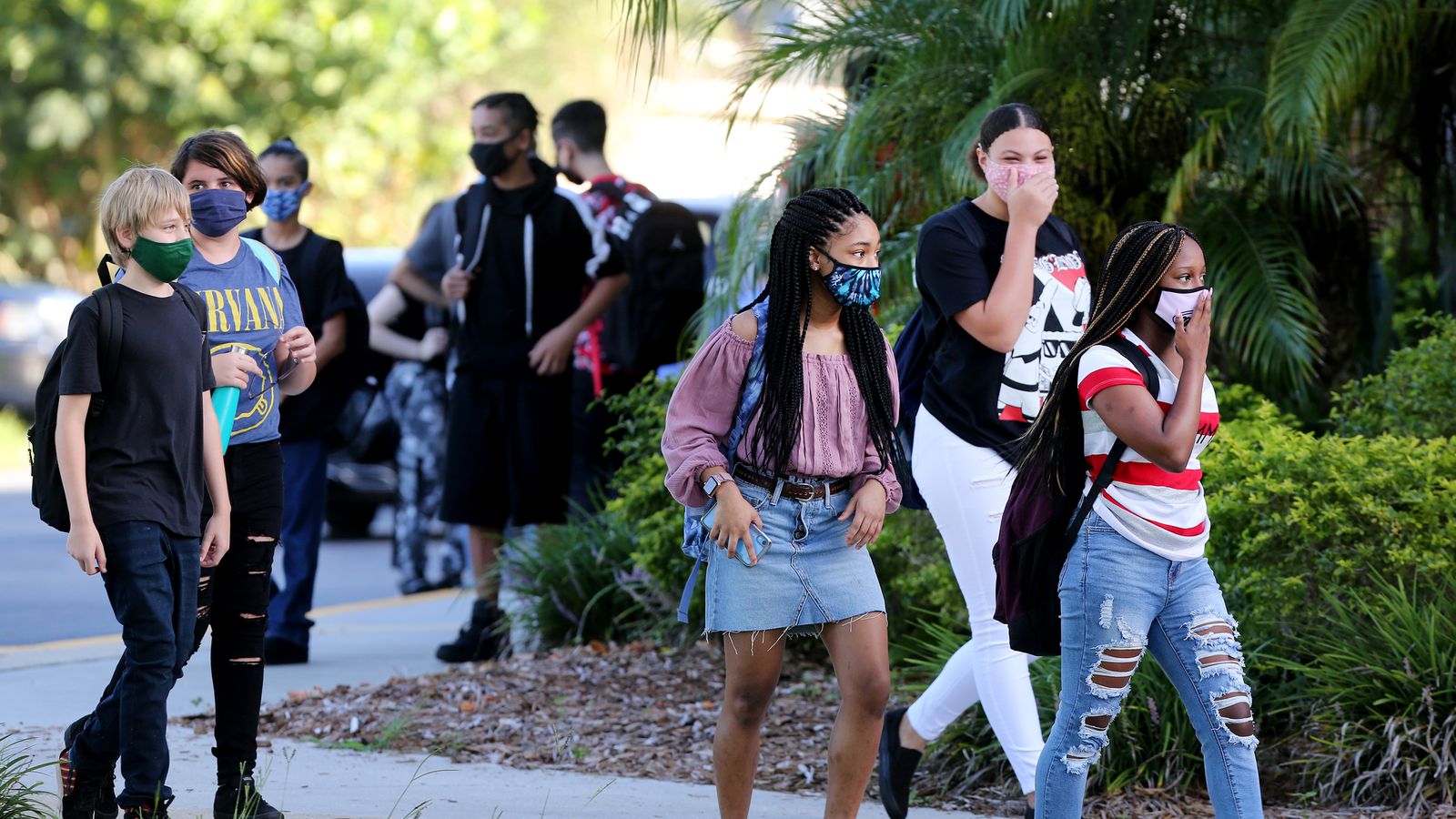 Like it or not, schools across Florida have opened their classrooms for the new academic year, despite the objections of some who would have preferred an online-only debut. Even so, the Florida Education Association’s lawsuit challenging the state government’s authority to require face-to-face instruction begin by Aug. 31 continues. It’s not a moot point, both sides contend, because the final word from the courts could have lasting implications on school operations well into the future. [Source: Tamoa Bay Times]

Research, technology & innovation around the state

Florida Atlantic University's Harbor Branch Oceanographic Institute wrapped a 10-week study of how best to grow sea asparagus, sea purslane and saltwort. Some names don't make the mouth water, but these sea vegetables already are consumed in Europe, Asia, Hawaii and in the northwest United States. They don't need fresh water, have a naturally salty flavor and can be ready for harvest from cuttings in eight to 10 weeks. [Source: Florida Trend]

Why is my child eating lunch at 10 a.m.? And other school lunch questions

While the coronavirus pandemic has thrown a curveball at educators, early lunches are for the most part nothing new, said Lynn Geist, the director of Food and Nutrition for Pinellas County Schools. But with school officials across the Tampa Bay area trying to mitigate the risks of the coronavirus pandemic, some lunch times have been stretched and spaced out, extending lunches both earlier and later in the day than they have been in previous years. [Source: Tampa Bay Times]

Construction has begun on the new Center for Entrepreneurship and Innovation at Florida Gulf Coast University, an $8 million project. Owen-Ames-Kimball Co. has been chosen to oversee pre-construction and construction management services for the three-story, 27,000-square-foot building, according to a statement. The center, to support the FGCU Frank and Ellen Daveler & Sandra Kauanui School of Entrepreneurship, will include a student incubator, maker space, classrooms, labs and associated offices, the release adds. [Source: Business Observer]

Since schools across the Sunshine State are back in session, many teachers could use a pick-me-up to readjust to those early bells. Wawa is trying to give school employees an added boost. Through Sept. 30, teachers, faculty members, school administrators and support personnel can stop by any Wawa location and pick up any size coffee or fountain drink for free. Simply let the cashier know that you work for a school to receive the deal. [Source: Orlando Sentinel]

› Broward teachers to get raises of $1,000 to $3,700 [South Florida Sun-Sentinel]
Broward teachers can expect pay increases this year ranging from about $1,000 to $3,700. The Broward Teachers Union has reached a tentative agreement with the School Board for raises that use both referendum dollars approved by county voters in 2018 and a new pot of money approved by the state Legislature and Gov. Ron DeSantis to boost the minimum teacher salary to $47,500.

› Land near University of Tampa could become student housing [Tampa Bay Times]
A new off-campus student housing facility could be coming near the University of Tampa. Colliers International brokered the $5.4 million sale of 1.82 acres at 311 N Newport Ave. last week. The development of a six-story housing building there is scheduled to be completed in the fall of 2022.

› Marion's school repair budget is drying up [Ocala Star Banner]
Marion County Public Schools has 7 million square feet of space inside of 47 school campuses and dozens of district offices throughout a county the size of Rhode Island. Marion County needs $553.9 million in the next five years to renovate and repair all of its facilities. But during that time, through 2024-25, the district anticipates it will only collect $208.7 million to pay for those projects.