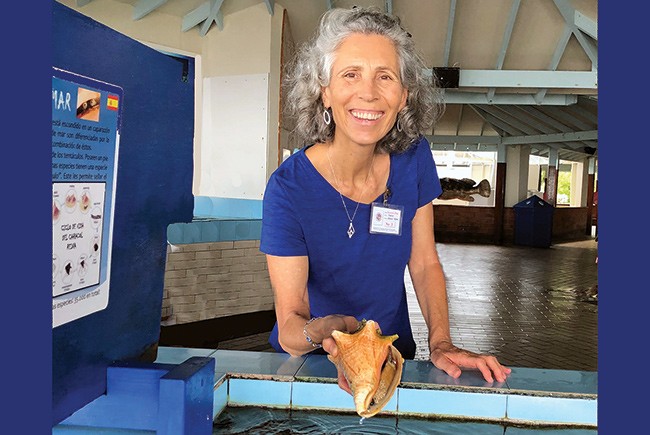 Megan Davis is a research professor in aquatic culture and stock enhancement at Harbor Branch. 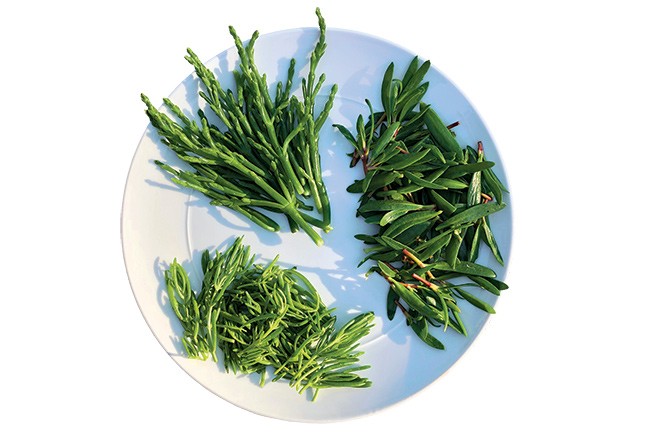 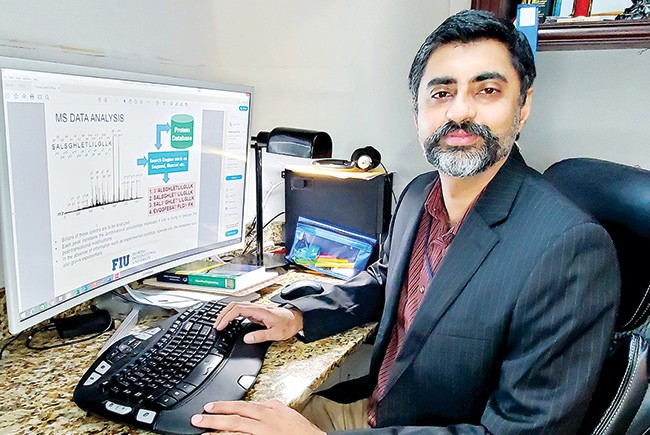 FIU researcher Fahad Saeed and his fellow researchers received $1 million from the National Institute of Health to explore proteomics. 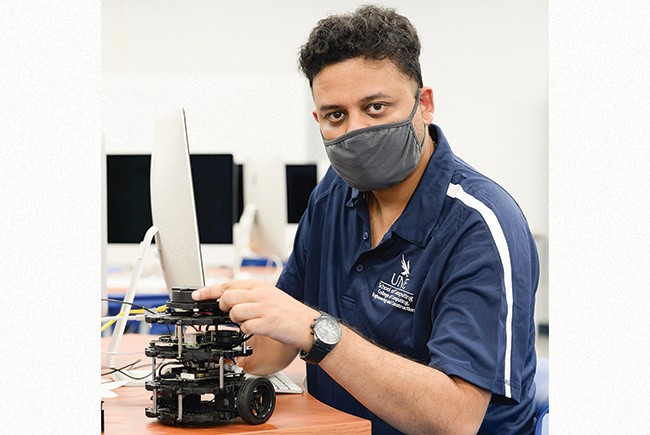 Lead researcher Ayan Dutta along with faculty members from both UNF and UCF are working on a next gen farmer: Robots. 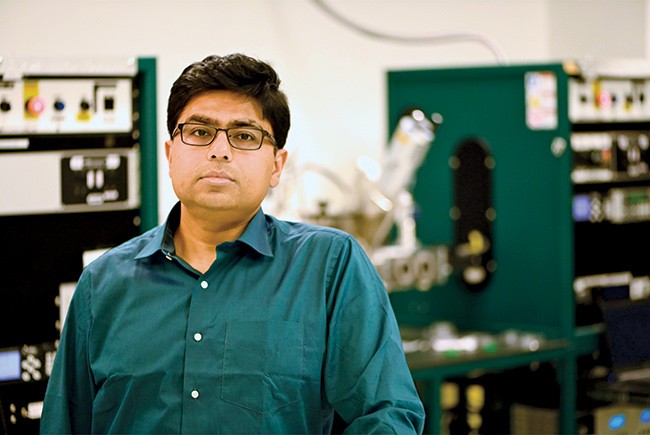 "It is like seeing a portrait on the wall at your house. It doesn't have that glare or extra light," says Debashis Chanda. 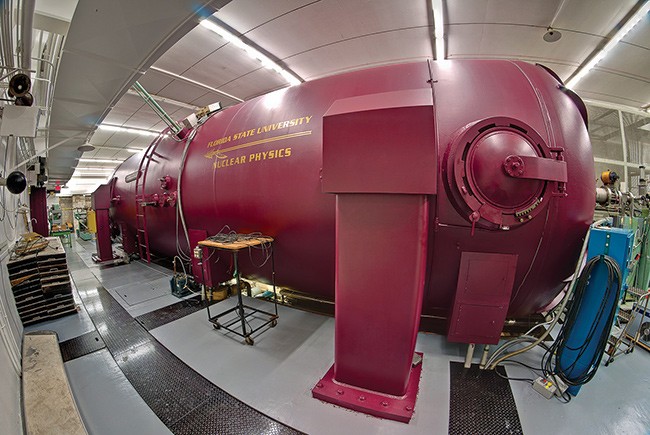 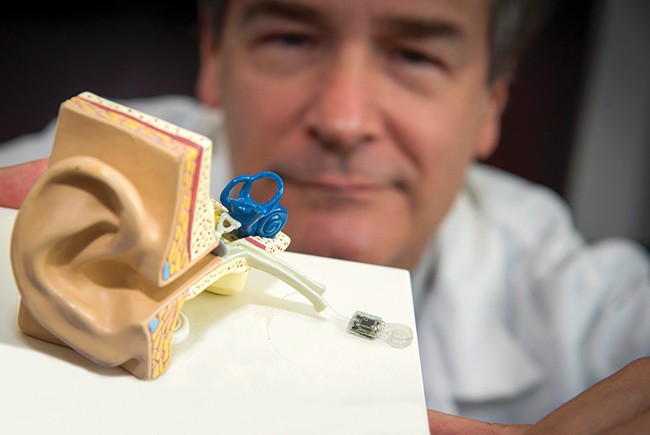 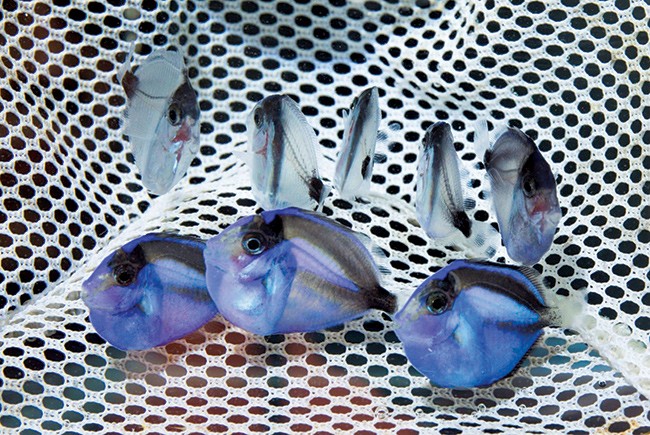 Marine aquarium fish sales are rapidly growing in the state. 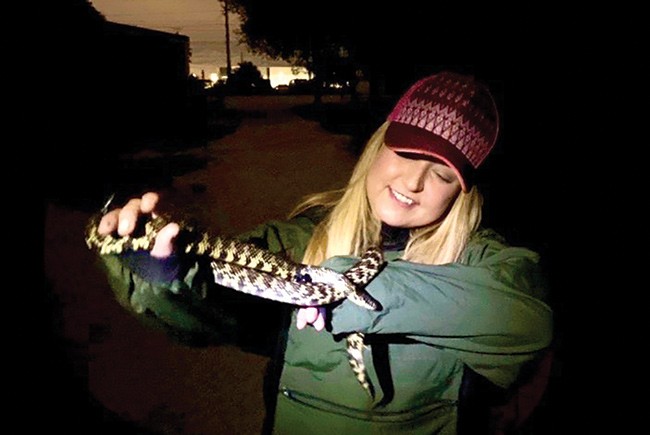 Research, technology & innovation around the state

Florida Atlantic University's Harbor Branch Oceanographic Institute wrapped a 10-week study o f how best to grow sea asparagus, sea purslane and saltwort. Some names don't make the mouth water, but these sea vegetables already are consumed in Europe, Asia, Hawaii and in the northwest United States. They don't need fresh water, have a naturally salty flavor and can be ready for harvest from cuttings in eight to 10 weeks. The study found that the plants grow best in a sand substrate and that up to 75% of the plant is edible in some species.

Megan Davis, research professor in aquaculture and stock enhancement at Harbor Branch, says it's best to grow them on land in controlled settings where farmers can reuse saltwater. In the Pacific Northwest, people forage for them in the wild. "Florida would be an ideal place to grow these species due to our great year-round climate," she says. "I believe that when sea vegetables are more readily available through aquaculture that they will be enjoyed by more people as they become familiar with these delicious edible plants. I enjoy eating these often. I find them a great addition to any dish."

Proteomics is one of those building blocks of science fields. It’s the large-scale study of proteins, important for all sorts of follow-on research. The advent of mass spectrometers generates huge amounts of data that scientists even in the recent past would spend careers gathering. Now the trick is making sense of all the information.

Florida International University researcher Fahad Saeed, an associate professor in the College of Engineering and Computing, and his fellow researchers have received $1 million from the National Institutes of Health to design and develop machine-learning algorithms that will let biologists make sense of proteomics data. Saeed, the principal investigator on the grant, says the idea is to study millions of proteins at once.

Assistant computing professor and lead researcher Ayan Dutta and other faculty members from the University of North Florida and the University of Central Florida, funded with $499,000 from the National Science Foundation, are working on creating a next gen farmer: Robots that, without human overseers, can gather information on how the crops are doing.

Drones flying over farms will judge the need for water, how much the weeds are taking over and measure other conditions and then relay the data to a human farmer. “We are making robots intelligent. Ideally, we want to be able to flip a switch, and the robots will do everything. That’s our long-term goal,” says Dutta, a native of India with a doctorate from the University of Nebraska at Omaha. The plan is to spend a couple years in the lab developing software in simulations and then in the third year deploy the software on aerial robots at area farms.

“We are only focusing on the information collection part of the story,” he says. How ground robots use the information for treating crops with water or herbicides is outside the scope of the project.

“When you interact with a scene you are feeling a force feedback similar to what you would feel in real life,” Demirel says. “If used correctly, it replicates the touch sensation.”

The system grades users in real time with immediate feedback about errors and ways to improve. Demirel’s team is beginning a validation study with surgeons and trainees from the University of Central Arkansas and University of Arkansas for Medical Sciences.

Easier on the Eye

The University of Central Florida's Debashis Chanda and his research team have found a way to make digital displays easier on the eye by mimicking nature’s way of lighting and layering colors. Rather than placing bright LED light sources behind screens, Chanda’s method uses reflected light from the environment such as ambient light or a lamp.

“This is a way to create displays that are harmonious with how nature displays color and as a result look more natural and don’t pump out a huge quantity of light into your eyes,” says Chanda, an associate professor in UCF’s NanoScience Technology Center. Prolonged viewing of existing screens is an eye health issue.

Chanda says it will be awhile before the tech makes its way into consumer products.

“Nuclear astrophysics questions how the chemical elements we find on our planet came into being, where they were made and why we see the different elements and isotopes that we observe around us,” says researcher Ingo Wiedenhoever. “We call this the chemical history of the universe.”

Physicist Vandana Tripathi will collaborate in bringing a multimillion-dollar array to Tallahassee for studying gamma rays. FSU says that since 1960, 188 people have earned their doctoral degrees in nuclear science at the Fox lab. “We’ve had enormous influence on the way nuclear science is done throughout the nation,” says researcher Paul Cottle. The other researchers are Samuel Tabor, Sergio Almaraz- Calderon and Mark Spieker.

USF researcher Robert Frisina has shown that he can prevent key aspects of age-related hearing loss in mice. Now he’s moving on to people.

By using a hormone combined with common anti-inflammatories — aspirin or ibuprofen — Frisina thinks he can restore the youth of inner ears. He’s patented the idea. The hormone aldosterone influences sodium and potassium levels in the body. As the level of the hormone in the body decreases with age, so does hearing. “Our novel idea, embodied in the new patent, involves boosting aldosterone to young adult levels, to make the ear 'young' again,” he says.

Frisina joined USF 10 years ago. He and his team worked on the dramatic effects of hormone replacement therapy on the hearing of middle-age women and published on it in the Proceedings of the National Academy of Sciences. He then went on to look at the effects of other hormones.

He’s received a five-year, $9-million grant from the National Institutes of Health to study agerelated hearing loss, including the aldosterone work. Mice received four months of treatments. That’s seven to eight years in people terms. Aldosterone levels fell by half in untreated mice, but treated mice saw levels near normal and didn’t suffer the age-related hearing loss the control group did. Some treated mice had hearing restored. Others avoided further loss.

Frisina and USF are looking for a pharma company to license the patent and do clinical trials. An issue ahead is the availability of aldosterone. It’s currently not available clinically. Frisina chairs USF’s medical engineering department and is director of its Global Center for Hearing and Speech Research and is the biomedical engineering director.

Florida is first in the nation in sales of marine aquarium fish, with $6.5 million. And the sector is rapidly growing. The UF/IFAS Tropical Aquaculture Laboratory in Ruskin researches how to raise the fish and care for them. The lab “is changing industry trends through applied research and extension activities dedicated to identifying desirable species and creating production protocols for them,” says IFAS assistant extension scientist Eric Cassiano.

There’s the Burmese python, an invasive species that grows up to 20 feet long and is gobbling up Florida native wildlife. Now, it turns out the Southeast Asian pythons brought along an invasive lung parasite that infects Florida's native snakes. Unlike the Burmese python, however, which will only go just so far north, the parasite infects native snakes beyond the range of the python. “We could have ecosystem-wide impacts from this parasite as it is already spreading up the state, and if it continues to spread across North America, we could see even larger impacts,” says Melissa Miller, UF/IFAS Fort Lauderdale Research and Education Center coordinator of invasive species research for the Croc Docs Laboratory.

While at Auburn University as a doctoral candidate, Miller discovered the parasite was introduced by Burmese pythons. Native snakes help keep Florida’s ecosystem in balance. Burmese pythons came to Florida in the pet trade and escaped from or were freed by owners. Miller found infected native snakes as far north as Polk and Lake counties and suspects the parasite will spread north of Alachua County soon.

Female parasites lay eggs in the pythons, which defecate them into the wild, where some intermediary critters — mammals, frogs or lizards — eat them before being eaten in turn by native snakes. A single host snake she examined had up to 77 parasites in its lungs, making it harder for snakes to compete with other species and avoid predation.