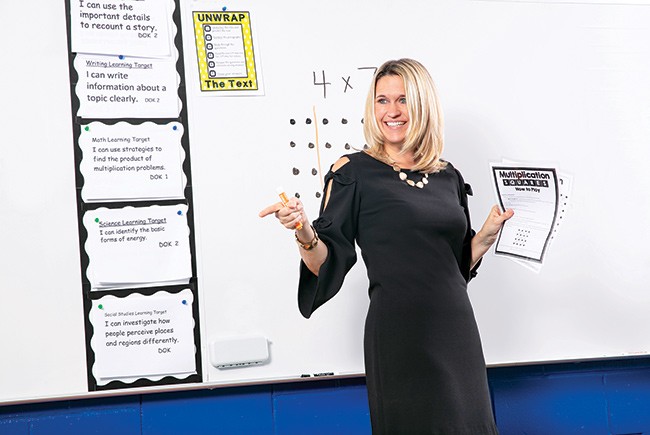 As the past year shows, Florida schools have improved. Credit goes everywhere. Jeb Bush, in his time as governor, instituted the accountability system that forced districts and schools to improve service to students, a system improved by subsequent governors and legislatures. Forward thinkers and adroit executives such as former Superintendent Don Gaetz in Okaloosa County and Miami-Dade’s current superintendent, Alberto Carvalho, showed how top district leaders can effect change. This year, FLORIDA TREND recognizes the foot soldiers — Florida’s 177,000 teachers — as the collective Floridian of the Year. [Source: Florida Trend]

As community colleges look toward the 2020 Legislative Session, Tallahassee Community College President Jim Murdaugh feels cautiously optimistic. As chair of the Florida College System Council of Presidents, he’s watching out for all community and state colleges. But he doesn’t feel alone in that work. “This is the first year we’ve ever been able to align our education budget request with the Commissioner of Education,” Murdaugh said. “We’ve never had that alignment before.” [Source: Florida Politics]

Violent kids take over Florida’s classrooms, and they have the law on their side

In school after school, students are erupting with violence. In an eight-month investigation, the South Florida Sun Sentinel found that a sweeping push for “inclusion” enables unstable children to attend regular classes even though school districts severely lack the support staff to manage them. State and federal laws guarantee those students a spot in regular classrooms until they seriously harm or maim others. Even threatening to shoot classmates is not a lawful reason to expel the child. [Source: South Florida Sun-Sentinel]

Florida Governor Ron DeSantis wants high school seniors to be required to take a civics exam similar to the one immigrants must pass to become naturalized U.S. citizens. In order to make this a reality, DeSantis directed the Florida Department of Education to develop an initiative that will increase civics education throughout Florida classrooms. [Source: WJXT]

› FAMU trustees chairman: No more room for missteps in completing dorm, dining complex [Tallahassee Democrat]
Florida A&M University’s Board of Trustees agreed to shuffle money around internally to cover a $7 million shortfall in completing a new residence hall and dining facility on campus. But board chairman Kelvin Lawson told the Tallahassee Democrat there’s no room for any future financial hiccups in getting the project completed by next August.

› UCF medical students give free Hep A shots, care to homeless [AP]
For more than nine months now, a group of volunteer UCF medical students have been giving free hepatitis A shots to the homeless in Orlando. Once a month, on a Tuesday evening, they set up their portable tent and a few tables at the corner of a church parking lot in downtown Orlando and triage their patients.

› UWF, UF researchers to study issues facing Northwest Florida estuaries [Santa Rosa Press Gazette]
Researchers at the University of West Florida and the University of Florida will collaborate on a project that supplies new estuary programs throughout Northwest Florida with data. Dr. Jane Caffrey, professor in the UWF Center for Environmental Diagnostics and Bioremediation, and Dr. Matthew Deitch, assistant professor at the UF-IFAS West Florida Research and Education Center in Milton, will collect, analyze and model data.

The Outstanding Graduate Leadership Award is given to an advanced-degree student who demonstrates a commitment to service and leadership for the college, university and community.