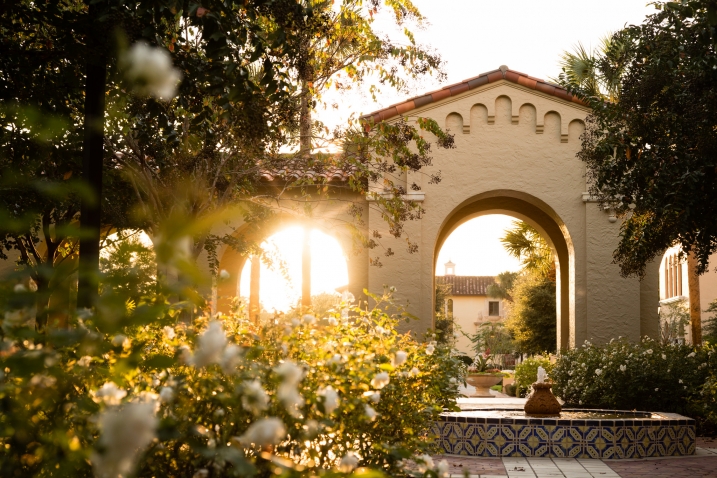 In a state where public institutions are particularly affordable, in a country where concerns are growing over student debt, Florida’s private colleges try to play the admissions game to their strengths, promising a well-rounded liberal arts education with lots of personal touches and nary a crowded lecture hall. [Source: Orlando Sentinel]

Researchers at Florida Polytechnic University will work to support and strengthen the ethical identity of engineering students and future STEM professionals thanks to a new federal grant from the National Science Foundation (NSF). The one-of-a-kind research will analyze the motives and barriers to ethical behavior in an academic setting, and the resulting ethical attitudes and actions exhibited by students. It also examines the extent to which these ethical attitudes continue once students enter the engineering workforce. [Source: Florida Trend]

Column: Florida universities are a source of pride

While it’s important to have oversight over the 12 independent institutions and to exercise some fiduciary responsibility over spending, we should allow them the autonomy to be innovative and responsive to the needs of their students and faculty. There is no better investment that we can make as a state than to educate our students and prepare them with the knowledge, skills and leadership to get or create high-wage jobs. [Source: Tallahassee Democrat]

The Florida House made clear Tuesday that prekindergarten and early education will receive heavy attention in the coming legislative session, as the state aims to better prepare its children for kindergarten and beyond. “This is where it starts. It starts with early learning,” Education Committee chairwoman Rep. Jennifer Sullivan said to introduce her panel’s two-hour workshop. [Source: Tampa Bay Times]

› Miami Dade College pulls out of talks to run historic theater [Miami Today]
Miami Dade College has withdrawn its interest in the management of the historic Olympia Theater building at 174 E Flagler St. “After careful consideration and due diligence, Miami Dade College has decided not to pursue the Olympia Theater endeavor with the City of Miami,” the college said in a release. “The financial figures did not work for the college for the management of the theater and apartments. We thank the city staff for its professionalism and time on this matter.”

› UF's vet school's new canine cardiac care program [Florida Trend]
This fall, the University of Florida’s College of Veterinary Medicine will launch a training program in performing open-heart surgery in dogs. The program, the only one of its kind in the U.S., is a collaboration between UF and Japanese veterinary cardiologist Masami Uechi, who’ll provide training in treating mitral valve disease, a major cause of congestive heart failure in dogs.

› Most Florida school districts pass on arming teachers, state officials report [WLRN]
Only 11 of Florida’s 67 county school districts have given classroom teachers the option of carrying guns on campus this school year, according to the latest data collected by the Florida Department of Education. Armed teachers have been shunned by the state’s largest urban school districts, including Broward, Miami-Dade, Palm Beach and Orange counties.

› FIU named a “2019 Great College to Work For” [Florida Trend]
FIU was once again named one of the best colleges in the nation to work for, according to a new survey by the Great Colleges to Work For program. The university also achieved honor roll designation with recognition in all 12 categories - one of only two universities in the nation and the only one in Florida to receive the distinction this year.