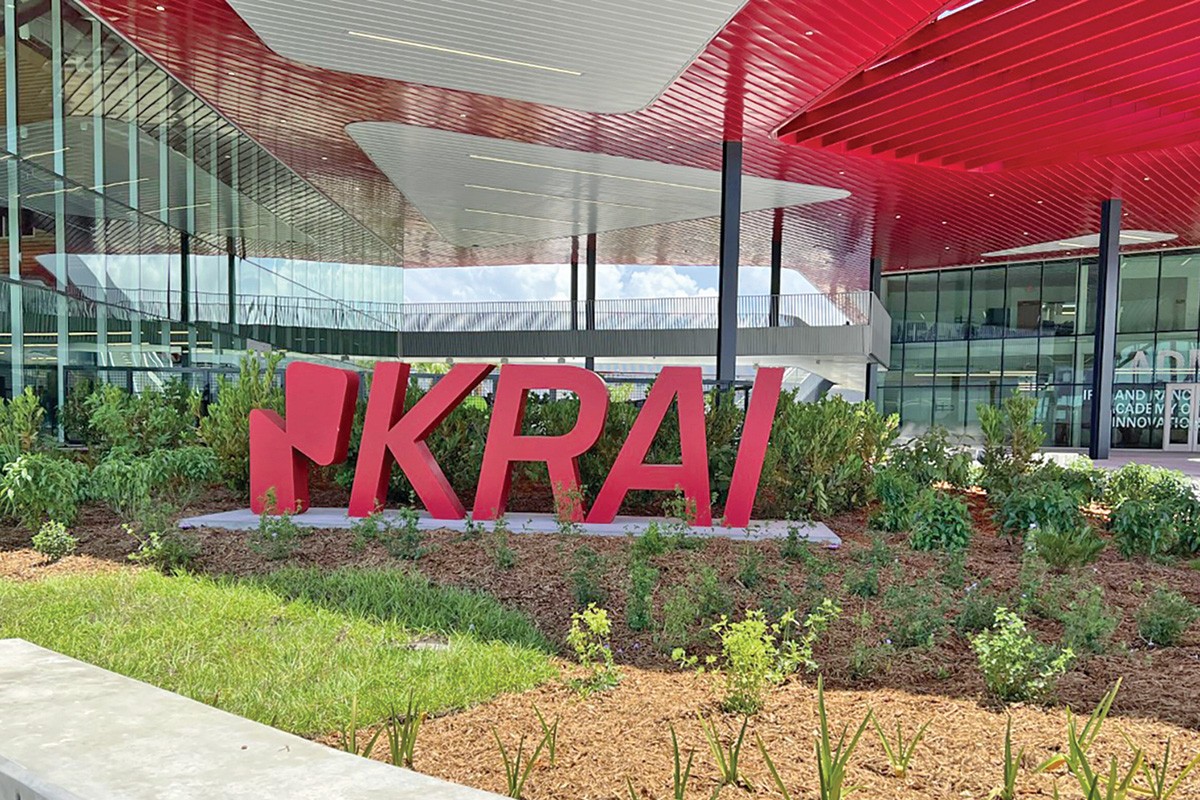 Built on what used to be a Pasco County cow pasture, the $70-million Kirkland Ranch Academy of Innovation opened this school year, ushering in a new era of what used to be called a technical high school. Kirkland’s curriculum still features all the traditional trades, such as automotive maintenance and welding, but it also includes classes in cybersecurity, computer science, biomedical sciences, digital media, engineering and robotics.

The high school opened with 550 students in grades nine and 10, with grades 11 and 12 planned, bringing Kirkland’s eventual enrollment to about 1,000. Students will graduate with industry certifications, giving them access to jobs right away, or they can seek a college degree.

“The campus has been designed with collaboration and entrepreneurship in mind,” says Dee Dee Johnson, the school’s principal. “That’s the culture we’re creating. Our students will graduate with real-world skills that will serve them well in college and in their careers. When you look at the exciting new kinds of industry coming to Pasco and the Tampa Bay region, there will be a huge need for young talent with the right skillset. That’s what Kirkland Ranch Academy of Innovation is all about.”

Back to the Drawing Board

Welch says he hopes to pick another plan by the end of this year. He says he wants the proposals to include more housing options for lower income people and less office space, given a pandemic-induced shift toward more people working from home.

Also in limbo is the future of the Tampa Bay Rays, who have played home games at Tropicana Field since 1998. The team’s lease to play at the city-owned stadium expires after the 2027 season, and it’s unclear if the team will stay in St. Petersburg or move to Tampa or elsewhere. Either way, Welch is soliciting plans flexible enough to include a stadium if the Rays stay.