Florida’s aerospace agency wants to expand its role from helping companies finance rocket and satellite projects to more directly getting money into the hands of firms seeking to move burgeoning technology to the launch pad. Space Florida President and CEO Frank DiBello told the agency’s board last week that a goal over the next few years is to allow Space Florida to go from arranging financial incentives and opportunities to working with a more-complex array of relationships that involve banks, pension funds and the insurance industry and to engage in equity and debt structures. More from the News Service of Florida.

Life on the St. Johns: A look at the work at the megaproject on Jacksonville's Southbank

After roughly eight years, two project name changes and a new developer, construction finally is underway on one of the largest residential, retail, office and public space developments on the Southbank of downtown Jacksonville. Preston Hollow Community Capital is leading the much-anticipated, resort-like development of RiversEdge: Life on the St. Johns — previously known as The District: Life Well Lived and before that, Healthy Town. More from Florida Times-Union.

The Alachua County Tax Collector's Office, which was recently awarded the 2022 Governor’s Sterling Award for performance excellence in management and operations, is the only organization in the state of Florida to receive the prestigious award this year. The award is presented annually to organizations and businesses that meet or exceed the Sterling/Baldrige National Criteria for Performance Excellence, a framework for achieving and sustaining organizational excellence and efficiency. More from the Gainesville Sun.

Between January 1st and July 15, a total of 631 manatee deaths have been confirmed by the Florida Fish and Wildlife Conservation Commission. Compare that to 864 during the same time frame last year when a record number of manatees died, most from a lack of their food supply— sea grass — which has been continuously wiped out by pollution like red tide. More from WFTX.

For the first time since March, the price of a gallon of gasoline is beneath $4 in Orlando. After months of soaring prices the average price of a gallon of regular unleaded gasoline in the City Beautiful is $3.85, according to the AAA Auto Club. Last week, the price was just over $4, which is 50-cents cheaper than last month. Orlando’s average is slightly cheaper than the state average of $3.92 — a total drop of 96 cents per gallon since mid-June, and the lowest since Mar. 5. More from the Orlando Sentinel.

Out of the Box
Look, it’s an old house in the middle of the street in St. Petersburg 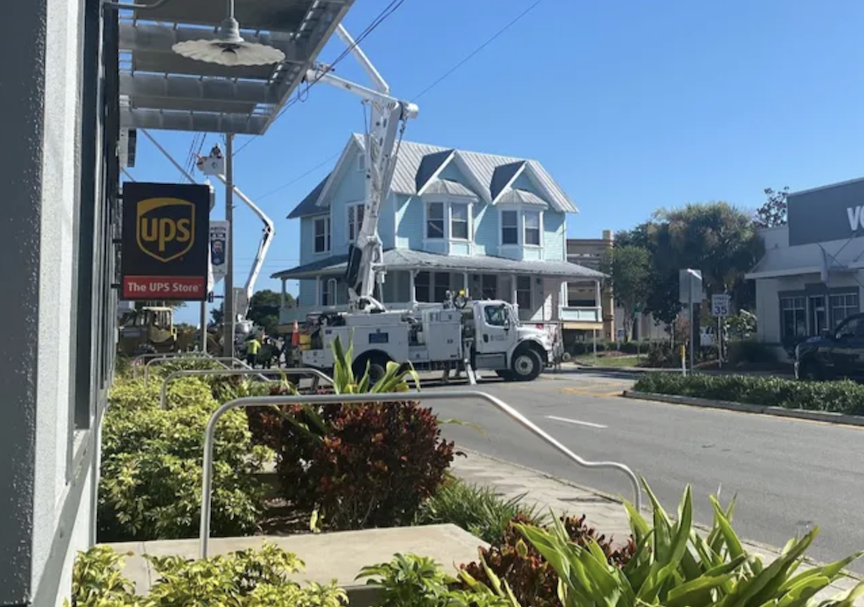 It’s a two-story frame home, built in 1912, aqua-colored with a metal roof and a handsome wrap-around porch. For more than a century it graced the 100 block of Fourth Avenue NE near the downtown waterfront, later becoming a local historic landmark. On Sunday morning, it was headed north on Fourth Street N, making for an odd sight as dozens of onlookers gathered along the sidewalks. Crews cut tree limbs and lifted power lines to make way, and police directed motorists to take detours for the move, which began Saturday night and continued past noon on Sunday. 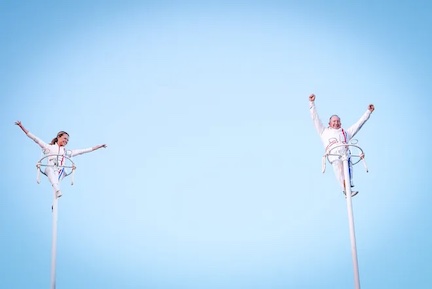 The Nerveless Nocks, a Sarasota father-daughter daredevil duo, will get another shot at attention and a $1 million prize on “America’s Got Talent.” Michelangelo, 56, and Angelina Nock, 30, who are a part of a family of circus and daredevil performers that date back to 1840 in Switzerland, are scheduled to appear in the episode that airs at 8 p.m. Tuesday on NBC. That broadcast features the final batch of auditions before the judges select which acts will move on to the next round.