Tallahassee, Fla. – Florida TaxWatch announced that Thurs., April 14 marks the 2022 Florida Taxpayer Independence Day. This symbolic occasion assumes that every dollar Floridians earned since the start of the year goes to pay local, state, and federal taxes, but now, they will finally begin earning for themselves. Based on the relative size of all taxes paid in Florida to the state’s total personal income, it took taxpayers an average of 103 days to satisfy their tax obligations this year, four more days than in 2021.

President and CEO of Florida TaxWatch Dominic M. Calabro said, “While April 18 is the deadline to pay your taxes, the truth is, all of the average taxpayer’s income from January 1 to April 14 went to taxes in 2022. In fact, every hour of work for the first 103 days of the year, on average, went to fulfilling local, state, and federal taxes. Luckily for Floridians, our state government tax burden is one of the lowest in the nation, making Taxpayer Independence Day earlier here than it is in most other states, which Florida TaxWatch is proud to celebrate alongside hard-working taxpayers throughout the Sunshine State.” 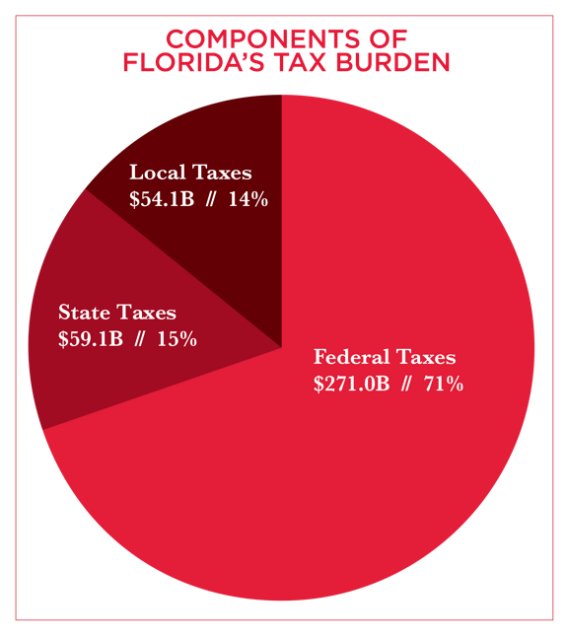 More information, including the methodology for determining this date, can be accessed in the 2022 Florida Taxpayer Independence Day briefing here.

About Florida TaxWatch As an independent, nonpartisan, nonprofit government watchdog and taxpayer research institute for more than forty years and the trusted eyes and ears of Florida taxpayers, Florida TaxWatch works to improve the productivity and accountability of Florida government. Its research recommends productivity enhancements and explains the statewide impact of fiscal and economic policies and practices on citizens and businesses. Florida TaxWatch is supported by its membership via voluntary, tax-deductible donations and private grants, and does not accept government funding. Donations provide a solid, lasting foundation that has enabled Florida TaxWatch to bring about a more effective, responsive government that is more accountable to, and productive for, the citizens it serves since 1979. For more information, please visit www.floridataxwatch.org.