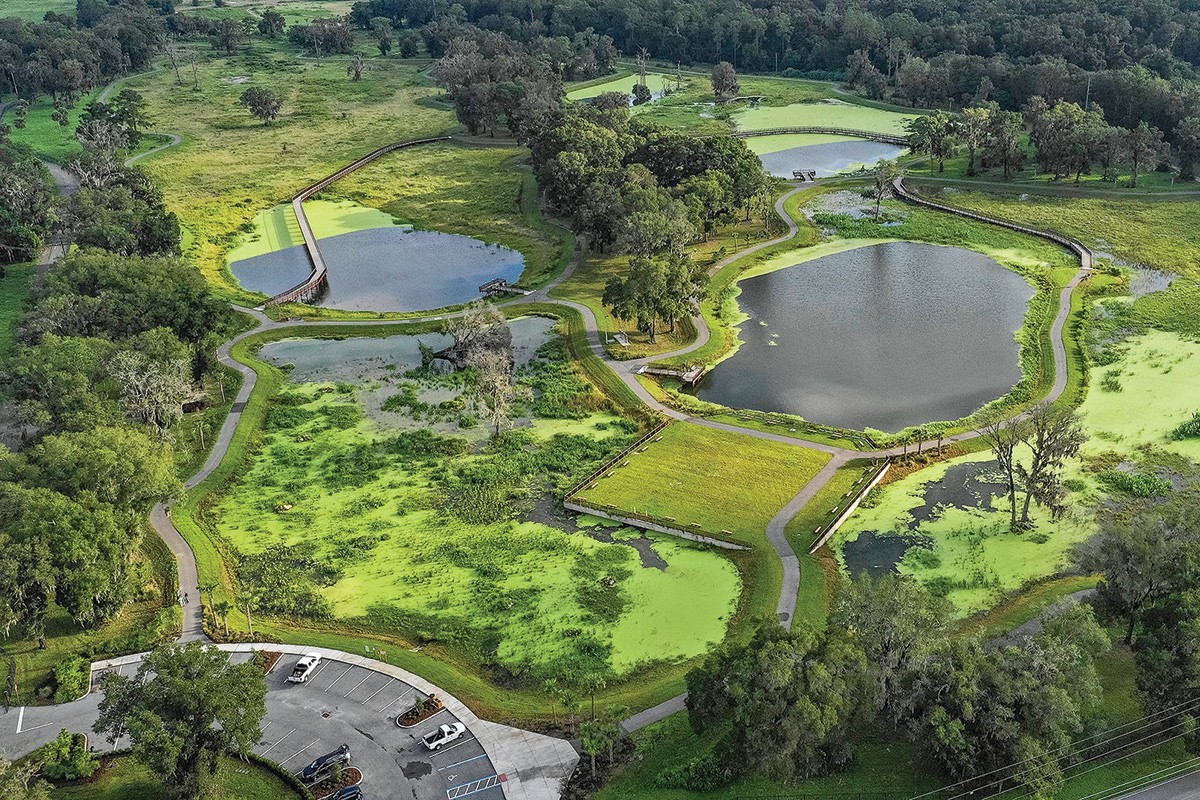 The 60-acre Ocala Wetland Recharge Park reduces pollutants in stormwater and residual treated wastewater by diverting it into cells containing aquatic plants and microorganisms that clean the water. In addition to 2½ miles of walking trail and wildlife overlooks, the park has 20 educational signs and four permanent interactive exhibits that describe the flora and fauna that make use of the clean habitat and explain how water moves through the park.

This month, Ocala’s Water Resources Department will receive the National Innovation in Conservation award for its work at the park.

“The purpose of the park is three-fold,” says Rachel Slocumb, Ocala’s conservation coordinator. “To reduce nutrients and contaminants in the water; to recharge the aquifer with about 3 million gallons of super clean water every day; and for recreation.”

Though the innovative approach to water treatment was a factor in winning the conservation award, Slocumb says the educational component of the park was equally important. “You might have the coolest environmentally conscious park idea, but if you’re not telling people why it’s important, what’s the point?”