Priorities for the year ahead 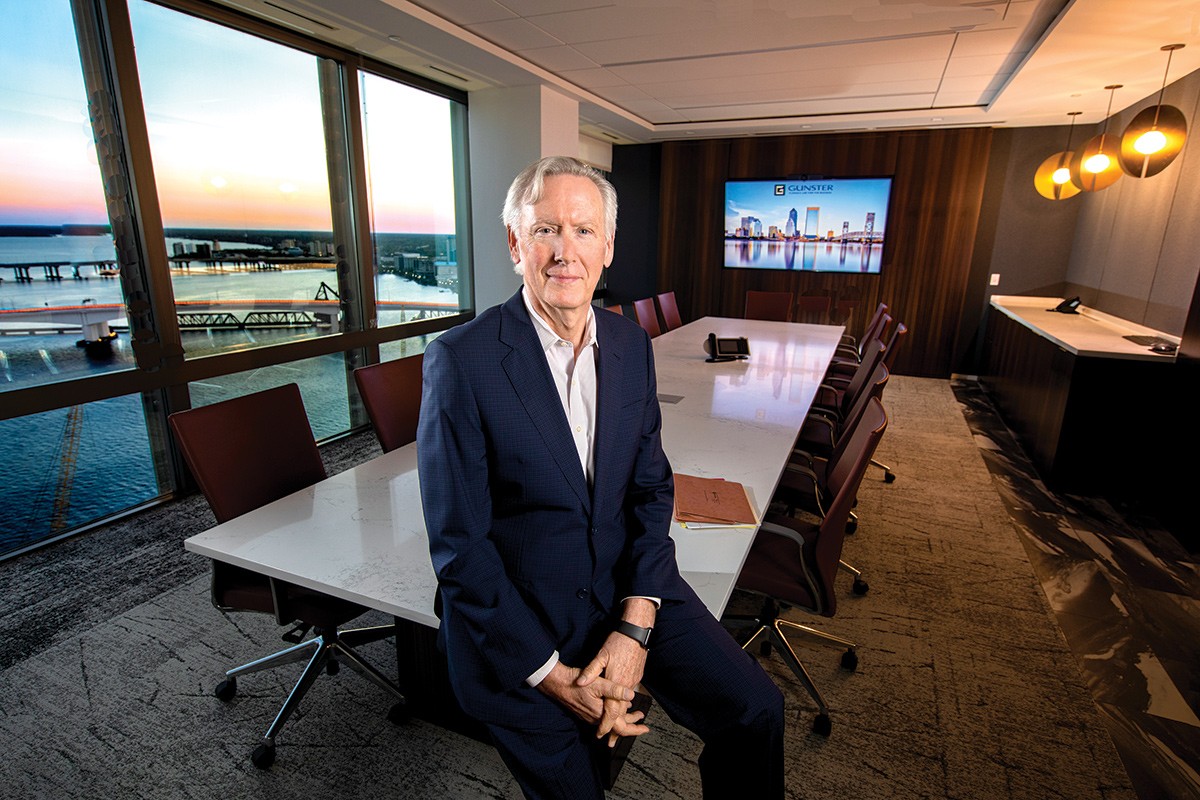 EDUCATION: Bachelor’s degree in economics from Davidson College (1975) and law degree from the University of Florida (1978)

FAMILY: Married to Dawna Bicknell Tanner, a former program and staff director for the Florida Bar and now an operator of a grass-fed cattle farm near Tallahassee

SERVICE: From the mid- 1990s to the early 2000s, Tanner spent several weeks a year as a missionary in Russia and other former Soviet Union countries. He later wrote a novel, Nikolai Returns, inspired by people he met during his missionary work. He’s now involved with the Sulzbacher Center, a homeless shelter in downtown Jacksonville, and the city’s Youth Crisis Center.

PASTIME: Working on his farm near Tallahassee, where he and Dawna raise grass-fed cattle. “It’s very important to us not only that the beef be of top-quality and grassfed, but also that there be a humane environment for the animals,” he says. “There’s no confinement. They live their entire lives out in the sunshine on pasture.”

Last month, Mike Tanner, a business litigator with the Gunster law firm in Jacksonville and Tallahassee, began a one-year term as president of the Florida Bar, succeeding Dori Foster-Morales, a marital and family lawyer in Miami. Over the past year, Tanner has led a Bar task force addressing the impact of COVID- 19 on Florida’s legal sector. In a recent interview, he talked about the pandemic and his top agenda items for the next year, including curbing unprofessionalism and automating more court functions.

Court Backlog: “The court system estimates that there’ll be a little more than 1.1 million cases backlogged as of July. Those are cases across all practice areas, and by backlogged, they mean cases that are in the system and otherwise would not be there but for delays caused by the pandemic. That’s just in Florida.”

Professionalism: “I want to do a comprehensive look at professionalism within the legal profession — a top-to-bottom review of how we define professionalism, how and when we teach it to lawyers and how we enforce it. I’m appointing a special committee to look at those issues and make recommendations by the end of the next Bar year to the board of governors. If you’ve ever had to deal with an unprofessional person, you know that it’s very stressful. The practice of law is hard enough without having to deal with someone who’s behaving unprofessionally, be it rudely or abusively. That has mental health implications, but more importantly, it’s part of our oath; we take an oath to behave civilly and treat people with respect.”

Automation: “I’m going to ask the COVID task force to look at the potential for Florida courts to adopt an optional, online platform that unrepresented litigants could use to manage and resolve civil claims under $1,000. It would be a fully optional platform for the management and resolution of small-value claims. I stress the word ‘optional’ because I don’t want people to think traditional courts would be unavailable to litigants. I think in the long run, it could prove to be very efficient, cost-effective and simple to use. Parties could enter data into the platform, and it would resolve a dispute with or without the assistance of a judge.”

Diversity: “When I was coming up as a young lawyer, I was very fortunate to have opportunities given to me. Not all young lawyers get the same or as good of a start, and I think that’s particularly true for minorities and women. To promote diversity within the profession, we’ll formulate a set of voluntary recommendations for employers to use to give lawyers better career advancement opportunities and skills development.”

According to a Florida Bar survey, 36% of lawyers statewide say “high stress” has been the biggest job-related challenge created by COVID-19. More than three-fourths of respondents believe the pandemic has led to permanent changes in remote working policies (85%) and court technology (83%).

“We’ve now shown that a lot of the work that’s done in the courtroom can be done via Zoom. Aside from jury trials, I believe there will be an increasing use of Zoom for motion calendars and status conferences and perhaps even for evidentiary hearings, as well as depositions,” says Buchanan Ingersoll & Rooney shareholder Raquel “Rocky” Rodriguez, chairwoman of the firm’s Florida offices (Fort Lauderdale, Miami, Tallahassee and Tampa). “It’s a big plus for clients because they won’t have to pay for nonproductive time that lawyers often have when they’re sitting around the courthouse waiting to be called for their case.”