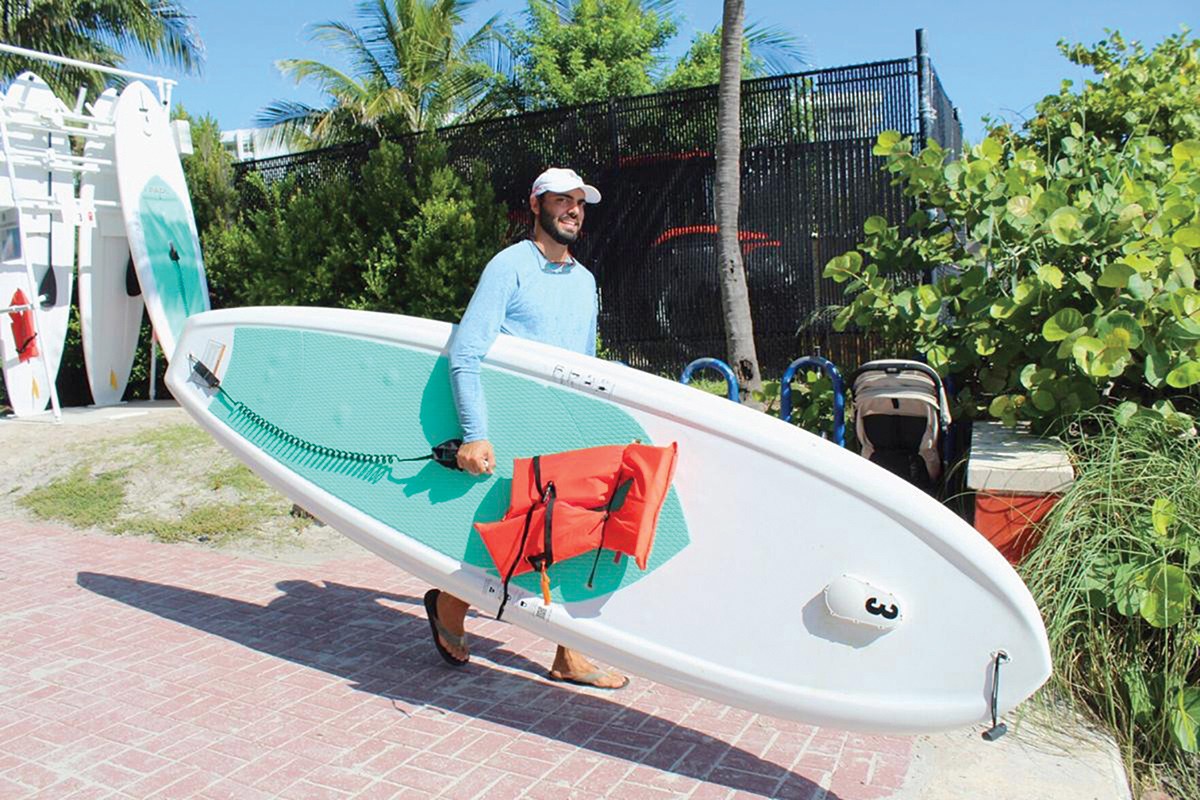 Each PADL kiosk runs on solar energy and has four paddleboards equipped with GPS and Bluetooth technology. Customers who download PADL’s app can unlock a board (along with paddles and a life vest) and use the equipment for as long as they’d like before returning it to the same location. The rental fee is $10 to $15 an hour, or customers can buy a membership for $25 a month and get an unlimited number of two-hour sessions.

“The problem we’re solving is the hassle of storage and transportation,” says Jauregui, the company’s COO. “Our stations are about 50 feet from where you launch, so you don’t have to carry the board very far.”

PADL has kiosks in seven locations statewide, including Key Biscayne, Jupiter, Lake Butler and Vero Beach. The startup now hopes to raise $1.5 million on the crowdfunding website SeedInvest.com to expand to as many as 50 Florida locations over the next year.