An Update on Self-Driving Technology 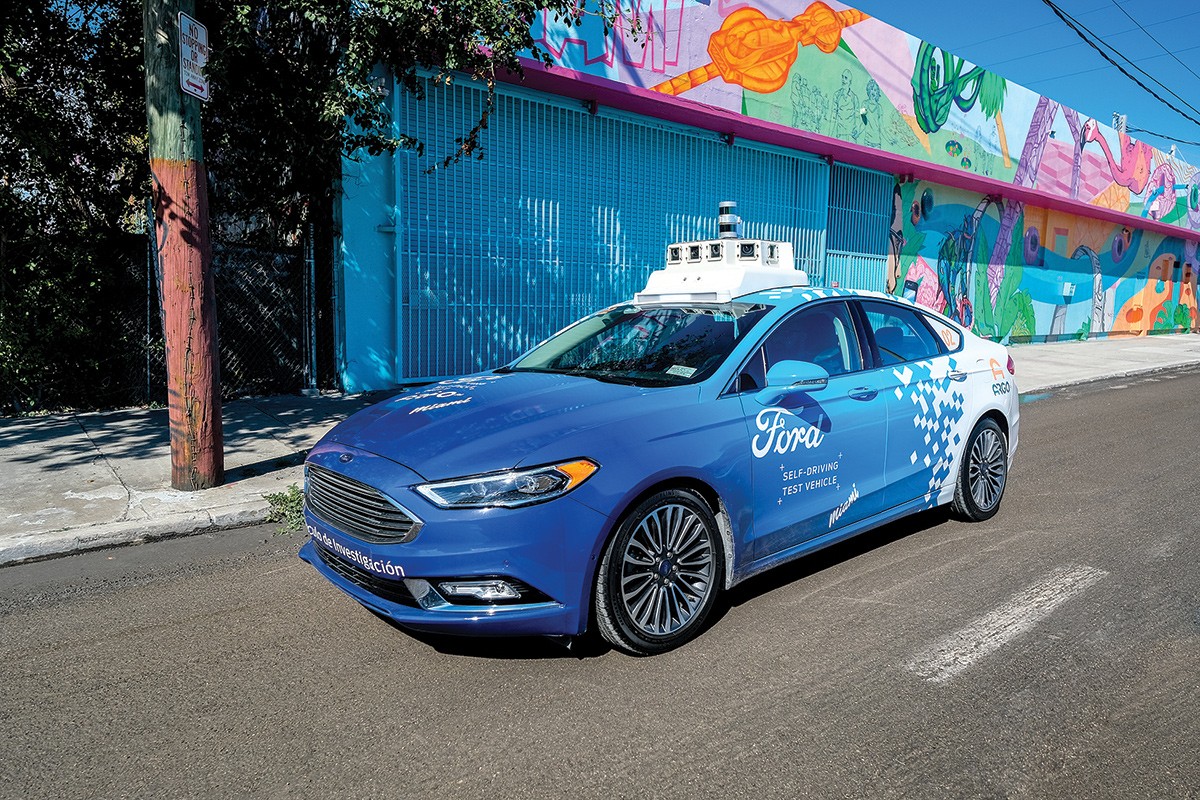 While a future of autonomous vehicles that pick up passengers in their driveways for the commute to work or a night on the town is years away, self-driving shuttles are already here.

In the 17-square-mile live/work/play Lake Nona planned development in Orlando, locally based Beep has been offering all-electric autonomous vehicle shuttle service for 18 months and now has eight shuttles along five routes that connect residential areas, the town center, medical centers, UCF’s medical campus and the park. Beep now offers a similar service in Port St. Lucie’s Tradition development and has been operating shuttle pilot programs in Tampa and St. Petersburg and plans to expand in other parts of the state and country, including at Yellowstone National Park in May. Beep recently opened a command center in Orlando to monitor routes statewide, and it released a Ride Beep app so consumers can track rides and routes, says CEO Joe Moye.

While these shuttles carrying eight to 10 people operate at a controlled speed on fixed routes and have a safety attendant on board, currently required by law, Beep partnered with the Jacksonville Transportation Authority and the Mayo Clinic to use AV shuttles without an attendant to move COVID tests from remote drive-up testing areas to the clinic. “We did that entirely without attendants on board,” says Moye. “It’s a great example of how close we are to being able to truly achieve that driverless deployment.”

The Jacksonville Transportation Authority has its own extensive AV testing program with three shuttles: The Olli 2.0, which is the first 3-D printed AV in the nation, the EV Star, an ADA compliant shuttle used for the disabled, and the NAVYA shuttle. To date, the transit agency has tested seven vehicles. It has developed standards it asks manufactures to consider when building AVs for public transportation, says Bernard Schmidt, JTA’s vice president of automation and innovation. “A lot of these vehicles are being made by startups, and their day to day is tech, not necessarily public transportation. We have the pedigree to really understand what it takes to move people.”

The JTA has big plans for autonomous tech. Its Ultimate Urban Circular (U2C) plan calls for converting the existing skyway’s elevated tracks and connecting them to street level transit to complete a 10-mile network. Ultimately, instead of the trains and buses used today, the U2C will use autonomous vehicles. The street level section will come first, and if all goes as planned, Schmidt says, “you’ll probably see the first wave of vehicles starting to hit the road between 2023 and 2025.”

Meanwhile, visible from I-4 between Orlando and Tampa, SunTrax is a large-scale research facility near Florida Polytechnic University poised to become a national hub for emerging transportation technologies including AV and is being developed by the Florida Department of Transportation and Florida’s Turnpike Enterprise, says Nicola Liquori, executive director and CEO of Florida’s Turnpike Enterprise. The facility features a high-speed loop track. Urban and suburban test environments are under construction, with other buildings for office space, maintenance and utilities scheduled to be finished by summer of 2022, when AV testing can commence, Liquori says.

Ford Motor sees a strong future in self-driving car services, whether for deliveries or ride hailing, and if all goes according to plan, Ford’s vehicles equipped for these services will launch commercial services for ride hailing and goods delivery in 2022 in Miami, Austin and Washington D.C. Since 2018, when Miami was named Ford’s first self-driving business launch city, Ford and Argo AI have been testing autonomous vehicles and have successfully navigated the congested streets of downtown, the Brickell district and South Beach, delivering pizzas for Domino’s and, more recently, bringing produce to Miami-Dade families for the nonprofit Education Fund. “There’s a tremendous demand for these types of services, and in order to meet that demand, we have to be able to operate in those urban dense areas,” says Alex Buznego, Miami Autonomous Vehicles market manager for Ford. Now Ford, in partnership with Argo AI, has added Washington, D.C., and Austin as test cities so its vehicles can “learn” to drive in multiple environments, although Miami likely offers a good education.

Today, Ford and Argo AI employ more than 70 in the Miami-Dade testing program run from three facilities, including its command center near the airport. Ford is integrating its fourth-generation self-driving vehicle, an Escape Hybrid, into its Miami-Dade fleet to operate alongside its Fusion Hybrid. “It’s the architecture and platform that we’re going to use when we go to market,” says Buznego. “It’s pretty cool that Miami is the cornerstone of Ford’s self-driving plans.”

Adds Beep’s Moye: “Florida has been very friendly to opening up opportunities to support deployments and very progressive on the legislative front to advance the use and testing of these autonomous vehicles.” The ultimate goal, he says, is “getting more cars off the roadway, eliminating congestion and some of the parking frustrations that exist … and having a meaningful and measurable impact on carbon emissions.”

Orlando to Miami in an hour, no airports required? Several companies plan to roll out all-electric vertical take-off and landing (eVTOL) jet aircraft in Florida.

Archer, a California-based company designing and developing eVTOLs, plans to launch one of its first urban air mobility hubs in Miami in 2024. Archer says its vehicles can travel up to 60 miles at 150 mph with minimal noise, but shorter urban hops are its sweet spot, saving time in congested cities. Archer announced in February it will be going public and already counts United Airlines as both an investor and a customer. United has a $1-billion order in with plans to use the taxis for trips to the airport, according to Archer.

Pricing hasn’t been set, but the startup believes it can offer service in Miami for about the same price per mile as UberX, says Brett Adcock, co-CEO of Archer. A 12-mile car ride from Miami International Airport to South Beach, for example, could take up to an hour in traffic; in Archer’s eVTOL, it would take about 10 minutes. “We believe Archer will help Miami curb carbon emissions, decrease traffic and noise pollution, and create the multimodal transportation networks of the future,” he says. Archer also has some strong Florida ties. Adcock and Adam Goldstein, the other co-CEO, are University of Florida grads who have worked on several ventures together.

Archer wasn’t the first out the gate to target Florida. Lilium, a German company, last fall announced it will build the first U.S. hub for a network of air taxis in Lake Nona by 2025. Partnering with real estate developer Tavistock, Lilium initially plans a statewide network of “vertiports,” or hubs for landing, e-charges and maintenance, built within a 186-mile radius of Lake Nona — the distance its vehicles can fly on a single charge — including Tampa, Orlando and Jacksonville. The company has signaled that it will announce a location for a Miami vertiport this spring that would also be open for business by 2025, perhaps making that Orlando to Miami trip in about an hour possible. Lilium’s five-seat aircraft uses 36 jets that allow it take off vertically and then fly forward, and the company is reportedly working on a larger model.

Another competitor, Joby Aviation, which swallowed up Uber’s air taxi arm, Uber Elevate, in December and also announced plans to go public, indicated it intends to launch in 2024 in markets that could include Miami because of that market’s density, ability to pay and infrastructure, the CEO said in a conference call in February. Private developers are jumping aboard, too: The 60-story luxury condo Paramount now under construction will reportedly have a rooftop air-taxi landing pad. Deloitte believes the eVTOL market for both passenger and cargo mobility in the United States could reach $115 billion by 2035, employing 280,000 in high-paying jobs.