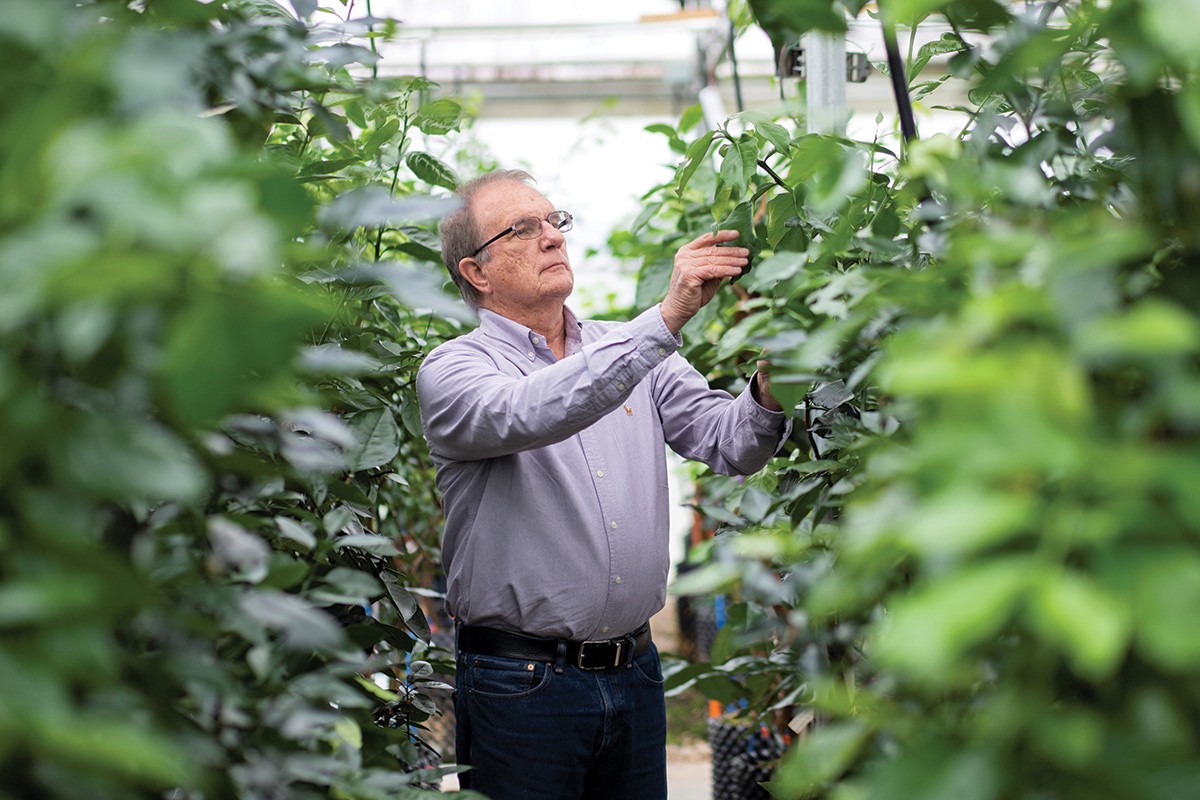 Researchers at the University of Florida Institute for Food and Agricultural Sciences have made headway in developing a citrus greening-resistant tree.

Greening, a disease transmitted by an insect, compromises a tree’s root system and ultimately affects the fruit. The disease has spread rapidly, killing about 130,000 acres of crops since it arrived in the state around 2005, according to the Florida Department of Citrus. “You cannot find a citrus grove in Florida that doesn’t have citrus greening,” says professor Fred Gmitter Jr.

Searching for a solution, UF researchers have worked with scientists from the University of California Berkeley and the U.S. Department of Energy’s Joint Genome Institute to sequence the genome of trifoliate orange, a cousin of citrus trees.

By sequencing the genome, scientists can begin isolating genes that are resistant to citrus greening. This information can be used to breed new trees that can survive citrus greening and other conditions.