Cancer care around the state 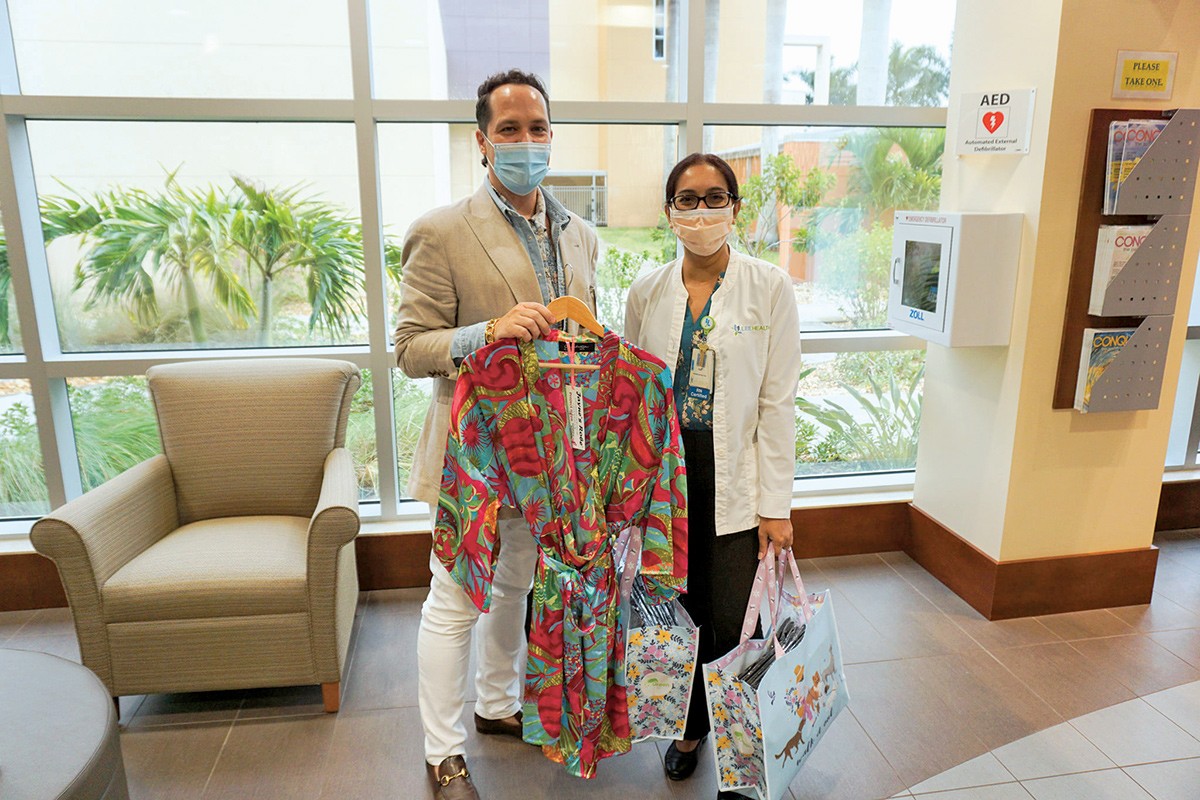 Inspired by his mother, who survived breast cancer, Fort Myers-based clothing designer Galen Magee has been donating about 20 specially designed robes a month since 2017 to women undergoing breast cancer treatment at Lee Health’s Regional Cancer Center in Fort Myers. The robes, which usually sell for $65, are often brightly colored and include pockets for surgical drains needed during chemotherapy or post-mastectomy treatments. — By Art Levy

During 2019, Moffitt Cancer Center admitted 9,465 patients into its 206-bed hospital. The year also saw Moffitt care for 23,760 new patients, perform 11,601 surgeries and attend to 450,760 outpatient visits. Between now and 2030, Moffitt anticipates a 65% increase in patients and a 33% increase in cancer surgeries, which explains why Moffitt has started work on a second hospital alongside the current one. — By Art Levy

About the new hospital:

“This system makes it possible for our doctors to offer multiple forms of highly accurate radiotherapy for many types of cancer even when the tumor moves during the patient’s natural breathing patterns,” says Ascension spokesman Mike Burke.

The Varian TrueBeam uses advanced microwave technology similar to that used in radar. It is capable of producing 3-D images for rapid, precise targeting of tumors and uses a 25% lower X-ray dose compared with earlier generations of devices used to treat cancerous tumors.

“This new technology is especially useful for treating cancers of the lung, breast, prostate, head and neck, liver and spine,” Burke adds. — By Carlton Proctor

Tampa General Hospital has opened a Breast Health Center in North Tampa, the hospital’s third location that specializes in cancer care. The hospital also has the TGH Cancer Center on its main campus near downtown Tampa and the TGH Brandon Healthplex in Brandon. Services at the breast center include access to clinical trials performed in conjunction with the USF Health Morsani College of Medicine, genetic testing and counseling, palliative care and molecular breast imaging to monitor cellular activity in the breast. — By Art Levy