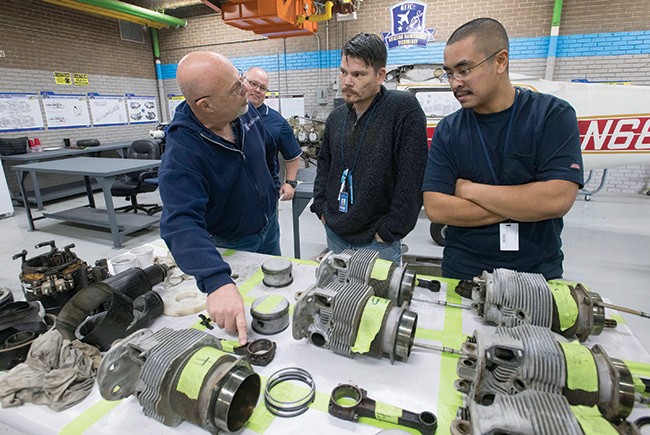 VT MAE turns to a local technical college to meet its demand for workers.

ST Engineering Aerospace decided to build a large repair facility in Pensacola largely because so many ex-military personnel with aircraft maintenance experience live in the area.

The school delivered, quickly ramping up its training programs for FAA-certified aircraft technicians. “Our partnership with George Stone Technical College is a good one,” says Bill Hafner, president of VT MAE. “We visit them and engage with their trainers quite often. To date we’ve hired on average about 50% of their graduates.”

George Stone is certified by the FAA to train up to 75 students a year. Hafner says the college is on track to reach that number this fall. Those graduates can expect to enter a job market where the demand is high.

“There are tremendous opportunities out there for aircraft mechanics right now,” says Hafner.

Hafner says VT MAE, which works on large commercial aircraft manufactured by Boeing and Airbus, expects to keep George Stone busy over the next decade.

The company is in the final design phase of building a second large maintenance hangar on Pensacola International Airport property. Hafner says that project is expected to break ground by the second quarter of 2021.

A third and fourth hangar to be built over the next several years will provide VT MAE with more than 700,000 square feet. The company expects to ultimately employ up to 1,400 technicians.