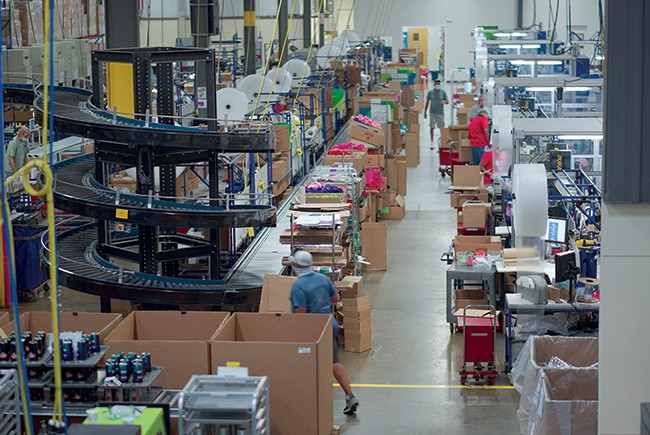 Although Tervis is growing — revenue was up 10% last year — the drinkware maker is looking to reduce its office and factory space, thanks to what it learned during the COVID-19 pandemic when it allowed many of its employees to work remotely.

“Our team members proved to be efficient and productive working from home,” says Rogan Donelly, Tervis’ president. “And more importantly, they were happy.”

The company has put its 12½-acre North Venice campus on the market for $14.5 million, including office, factory and warehouse space totaling nearly 119,000 square feet.

Donelly says Tervis wants to stay in Sarasota County. It’s looking for two separate locations — one for a smaller headquarters, mainly with conference rooms and offices for upper management — and the other for a factory. Tervis wants to be in its new locations within a year.

The move, the company says, shouldn’t impact Tervis’ workforce, which now totals about 500.