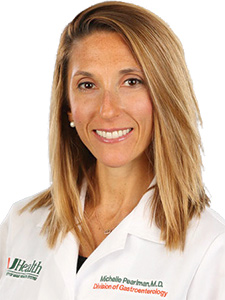 Millennials’ obsession with juices of all kinds is driving a new brand of entrepreneur.

Hi, my name is Florida, and I have a drinking problem.

I drink all day — and not just alcohol. I start out with a double latte, have a double grapefruit kale smoothie with extra spirulina for lunch. I keep a growler of kombucha at my desk, have a green tea matcha with peach nectar before my workout, a tomato asparagus juice and then a glass of almond milk at dinner.

Then I go out with my friends for a couple of White Claw hard seltzers or a tea and tonic of gin, grapefruit and bergamot. Until the corona shutdown, I couldn’t escape temptation; new juice bars and breweries were opening every week.

Florida’s problem is, for many, a business opportunity.

Blame it on Starbucks, smoothies or craft beer, CBD, kombucha and kava — or a generation that can’t use a fork.

It’s confusing for the public, says Michelle Pearlman, a gastroenterologist at the University of Miami Hospital. Raw juice bars, smoothies and liquid superfoods are very enticing to people trying to lose weight or be healthier, but, she says, “They are so popular that I think some people consume the majority of their daily calories from liquids without even realizing it.” She prefers solid food as medicine for chronic conditions.

“I just don’t believe in breaking down whole foods using juicers or blenders,’’ Pearlman says. “I want people to eat real, whole food” to get dietary fiber and the satiety of the “feel full” hormones to prevent eating more calories later in the day.

While it’s a nationwide trend, Florida is on the squeezing edge. For customers, drinks are convenient and have both a promise of health and a whiff of rebellion (or even taboo). And almost always sweet fruit. For purveyors, running a bar, with or without alcohol, takes less skilled labor, kitchen space and ingredients than a full restaurant, perfect for new-gen entrepreneurs; their take-out business quickly reopened.

Juices and teas are hipper than ever. Florida-born Tropical Smoothie Cafe and Texas-based Jamba Juice have more than 800 locations each; Smoothie King has close to 1,000. Joe & the Juice from Copenhagen mixes juice with hipster vibe at nine Miami spots, 20 in Manhattan and 300 around the world. Southern California Nekter now has 10 Florida spots serving juice, cleanses, smoothies, acai bowls and frozen sweets. Tampa’s Ciccio Restaurant Group will open its 10th Fresh Kitchen in Gainesville to serve whole food bowls and pressed juice.

This millennium’s thirst for alternative, wellness health and novelty has also gulped a flood of k-pop drinks with various health effects.

Kombucha, from China, is sweetened tea, brewed and fermented with yeast and bacteria, making it probiotic with more acid and a tiny amount of alcohol. Kava is the ground root of a Polynesian plant in the pepper family, mixed with water and drunk for relaxation in the South Seas.

Kratom is from a tree related to coffee in Southeast Asia, where it has been traditionally used as a stimulant and painkiller. Newly popular in the U.S. and Florida, it is illegal in several states.

Like juices, these drinks support a raft of producers and chains of bars and shops.

One big brewer of “booch’’ is St. Petersburg’s Mother Kombucha, started six years ago by Tonya Donati and Josh Rumschlag. Mother’s “living teas’’ are now on tap in hip coffee shops and Tebella bars and on Publix shelves. Mother Kombucha spikes select teas with fruit and spices for a rainbow of drinks, from lavender mojito to blood orange ginger.

Brews in the taproom at Miami’s Angry Booch, opened in 2017, have tropical flavors, from guava to lychee. Solid sides are fermented too, including Korean kimchi, Salvadoran curtido, European kraut and pickled beets.

In Tampa, Blind Tiger Cafe — the hottest coffee, tea and kombucha joint — styles itself a speakeasy. The drink list at the four locations is longer than the food choices of bowls and egg dishes.

Among the dozens of kava bars pouring the South Seas into coconut shells, the Kavasutra chain brags on single origins of its kava, from Vanuatu to the Solomon Islands. A single shot is $6; a double double, $22. It has five lounges in South Florida and several in New York, Colorado and Arizona. Fort Myers’ Kava Culture now has five spots.

Kratom is often sold in the same bars as coffee, CBD, hookahs or vape and smoke shops like Herbin Living in Miami’s Wynwood or Civil Vapes in Orlando.

Add alcohol to the boom, and you get a perfect fusion of trends: When rock star bartenders crafty with fruit and spice meet the appetite for comfort munchies, wings, pizza and burgers, the resulting format is “small plates, large drinks.” In drink-forward restaurants with long lists of boutique whiskies or gins, fans call the solid fare “happy-hour food.”

Most new restaurants are as clever at the bar as at the table. Oldsmar’s Shaker & Peel serves pineapple turmeric margaritas as well as General Tso’s cauliflower tacos.

Terras, the first roof-top spot in Miami’s Calle Ocho, closed temporarily by virus rules, pours matcha lattes and kale-spinach juice plus wild cocteles of mezcal, sage and coconut. After breakfast, the food is ceviche, malanga chips and other bar snacks.

Go ahead, have another if you want. Just don’t forget that drinking is eating. Calories don’t disappear when poured into a glass.