What you need to know about Florida's prisons 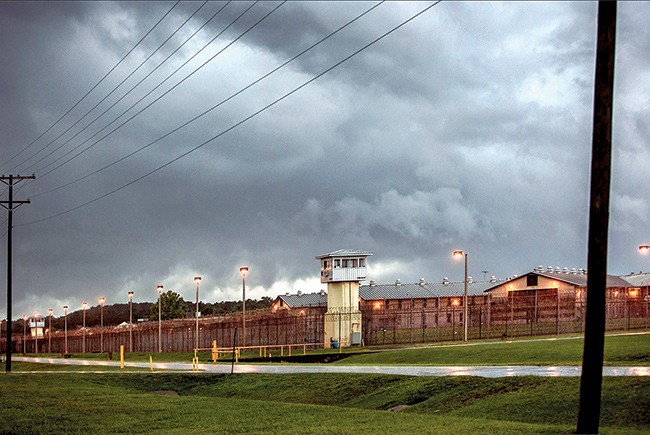 They’re violent, underfunded, understaffed and oriented almost completely toward punishment rather than rehabilitation.

Prisons are supposed to mete out punishment, rehabilitate prisoners and deter crime, but there’s growing concern that the state’s prison system isn’t up to the task after years of budgetary neglect. During the post-recessionary period of the early 2010s, the state slashed prison spending, leading to staffing shortages and cuts to inmate programming. Among the consequences: Inexperienced prison guards, inmate idleness, increased gang activity and a near-constant flow of contraband into prisoners’ hands. In addition to asking for more money for prisons, some are calling on the Legislature to significantly reduce the state’s prison population by scaling back hardline sentencing policies.

Here’s a look at the challenges facing Florida prisons and possible solutions:

The Florida Department of Corrections employs about 24,000 people and has an annual budget of more than $2 billion — less than 1% of the overall state budget. It costs the state about $22,000 a year for each inmate in custody.

In recent years, the corrections secretary job has been a revolving door for appointees. In January 2019, Mark Inch, a former Army two-star general, became the seventh person in 10 years to take over what is widely regarded as the toughest job in state government.

Inch, who came to Florida after a short stint as head of the Federal Bureau of Prisons, has been a strong advocate for increasing prison funding. Last fall, while warning about the consequences of underfunded, understaffed state prisons, he gave legislators copies of “The Devil’s Butcher Shop,” a book chronicling a deadly 1980 prison riot in Santa Fe, N.M.

“The status quo cannot continue because that’s — pick your metaphor — the death spiral or the plane crashing into the side of a cliff or the tipping point,” Inch told a legislative panel.

In October, Corrections Secretary Mark Inch appeared before the state House Justice Subcommittee to ask for money to increase prison staffing and guard pay. An excerpt from his testimony:

Where the Prisons Are

Florida’s prisons are clustered mostly in North Florida. According to the U.S. Bureau of Labor Statistics, the area has the highest concentration of correctional jobs in the country. Prison guards and jailers account for roughly 56 of every 1,000 jobs in North Florida, compared to four per 1,000 jobs statewide.

Private corrections firms have operated facilities in Florida since 1995. Today, the state houses about 10% of its inmate population at seven facilities that are run by three private firms: Utah-based Management & Training, Tennessee-based CoreCivic and Boca Raton-based GEO. The state pays the three prison companies more than $170 million a year. No new privately owned facility has opened since 2010.

The average age of Florida’s publicly run prisons is over 40. Corrections officials say years of underfunding have led to leaking roofs and a motor-vehicle fleet that’s mostly past its useful life. Nearly two-thirds of state prisons lack air-conditioning.

The annual turnover rate among state prison guards is 36%. Nearly half have been on the job for fewer than two years, and about 3,000 guard positions are vacant, despite a recent effort to attract recruits. Last year, the state lowered the job’s minimum age requirement from 19 to 18.

Both sides agree that hiring and retaining guards is a major problem. Under the agency’s retention pay plan, subject to legislative approval, guards with two years of service would get a $1,500 pay increase, and those with five years would get $2,500.

“The starting salary for a corrections officer is $33,500. Let’s be honest, there’s not a lot of people who want to take a job where you’re risking your life for $33,500,” says Jimmy Baiardi, of the Florida Police Benevolent Association, the union representing prison guards.

One consequence of understaffing and low pay for prison guards is corruption. Last year, 103 state corrections employees were arrested on charges related to contraband, bribery or other misconduct while on the job, up from 81 staff arrests in the prior year.

Florida, the nation’s third-largest state, has the third-largest inmate population among the states, incarcerating around 96,000 people. Florida’s rate of incarceration — about 470 of every 100,000 residents — is well above the national average, however, and the 10th-highest in the U.S., according to a 2017 state-commissioned report by Boston-based Crime and Justice Institute, a non-profit research group.

State officials say more prisoners are joining gangs to seek protection from violence or take advantage of staffing shortages. Between 2008 and 2018, prisoner-on-prisoner and prisoner-on-staff assaults increased 67% and 46%, respectively, while incidents of staff using force against prisoners rose 54%. Prison reform advocates warn that many felons are leaving prison more inclined to criminality than when they went in.

The average age of Florida prisoners has increased from 32 in 1996 to over 40 today. Corrections officials predict that while the total prison population will flatten out or dip in the next few years, the number of elderly prisoners will grow from 23,412 in 2018 to 27,576 by 2024, an 18% increase. This means more money spent on inmate health care. According to Florida TaxWatch, health care for older prisoners costs between four and five times what it does for prisoners under 50.

A third of Florida prisoners read below a sixth-grade level, and two-thirds lack a high school diploma, yet fewer prisoners are getting their GEDs. In 2018, roughly 1,200 state prisoners earned a high school diploma or the equivalent, down from more than 2,600 in 2010. Because of scarce resources, state prisons limit eligibility for adult basic education courses to prisoners who have less than three years left to serve; only those due to be released in five years or less can participate in vocational training.

Recidivism: One in four Florida prisoners is back in prison within three years of release — a number that has changed little over the past decade. Among state prisoners released in 2015, 24.7% returned to prison by the end of 2018. The three-year recidivism rate among those released in 2010 was 25.7%.

From 1980 until its peak in 2010, Florida’s prison population climbed from about 21,000 to more than 102,000, a nearly 400% increase. The catalyst was a “get-tough-on-crime” movement that saw the virtual elimination of parole in Florida, new mandatory-minimum prison terms and a 1994 state law that requires prisoners to serve at least 85% of their sentences before being released.

Since 2010, the prison population has declined to about 96,000 amid record-low unemployment and a drop in crime. The population would have shrunk more if not for the fact that today’s prisoners tend to stay locked up longer: While prison admissions fell by 28% between 2007 and 2016, the average length of stay rose by 20% from 35 months to 42 months during the same period.

Some lawmakers want to cut Florida’s time-served requirement to 65% for non-violent offenders who demonstrate good behavior in prison. State Sen. Jeff Brandes, chair of the state Appropriations Subcommittee on Criminal and Civil Justice, argues that Florida’s prison system is at a breaking point: Either the state dramatically increases funding to keep pace with prison costs, taking away from other budget priorities, or it scales back long prison sentences and lowers costs.

Reducing the threshold from 85% to 65%, as other states have done, would save an estimated $860 million over five years without jeopardizing public safety, he says. Nearly half of prisoners who were sentenced to prison in 2016 had no current or prior violent offenses, according to a 2017 state-commissioned report by the Crime and Justice Institute, a non-profit research group based in Boston.

“The longer you house low-level, non-violent offenders with hardened criminals, the more likely they are to pick up other bad habits,” Brandes says.

At least two groups — the state’s sheriffs and prosecutors associations — oppose a lower time-served threshold, saying it would reverse the downward trend in crime rates.

In response to the crack cocaine epidemic of the 1980s, the Legislature implemented a slew of mandatory minimum sentences for non-violent drug crimes.

The policies and their impact on communities with high incarceration rates have been deeply controversial. Criminal defense attorneys argue that mandatory minimums tie judges’ hands and prevent them from taking into account mitigating circumstances, such as a defendant’s suitability for treatment alternatives. Proponents argue that they eliminate the sympathy factor for defendants and make society safer.