A Region Golden with Global Business 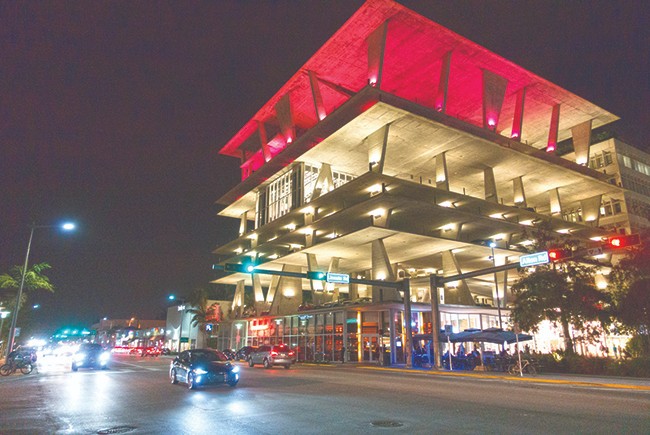 What makes South Florida a thriving destination for international business? Whether U.S. companies are seeking a base to reach the world, or the world needs an address to reach North America, or just as a waypoint for travelers and trade, Southeast Florida has built its name as the “Gateway to the Americas,” — and increasingly, the world.

The region’s international business is as robust as it is varied. Beyond English, languages spoken at the Sawgrass Mills outlet mall in suburban Sunrise include Spanish, Brazilian, Portuguese, and increasingly Arabic, Chinese, and Hindi — especially since airline Emirates launched nonstop service between Fort Lauderdale-Hollywood International Airport and Dubai three years ago.

Speaking of global tongues, South Florida is home to both domestic and international divisions of Spanish-language broadcasters Univision Communications and NBC Universal Telemundo, as well as HBO Latin America.

Each county has lured prominent international companies. In Palm Beach County, international companies include Japan’s TBC Corporation, German grocer Aldi, and Swiss watch maker Ulysse Nardin, says Kelly Smallridge, president and CEO of the Business Development Board (BDB) of Palm Beach County, who travels regularly on international missions with Enterprise Florida to attract interest in its global aviation/aerospace, manufacturing, logistics, and technology clusters. The BDB has had a full-time Enterprise Florida international trade representative on site for over a decade.

“South Florida’s strategic position, multicultural workforce, and numerous connections to international markets make this an ideal place for companies to do business,” says Bob Swindell, president and CEO of the Greater Fort Lauderdale Alliance. “It’s also a location of choice with low barriers to entry for international businesses looking to expand into the U.S.”

For employers exploring a destination for international business, whether an American or international company seeking a U.S. headquarters or base of regional operations, South Florida presents a market that’s rife with golden opportunities.

It is a region with millions of multicultural workers and workforce development professionals ready for the trained workforce, says Michael Finney, president and CEO of the Beacon Council, the official economic development organization for Miami-Dade County.

“We’re much stronger when we represent the total economic capability of our region and talent base,” he says.

For executives hoping to relocate their companies or lives to the region, Florida has no personal income tax — as the Greater Fort Lauderdale Alliance calls it, “Life Less Taxing.”

With its tax benefits, a solid workforce, hemispheric and global headquarters, and international doors open across the region, South Florida is golden for companies hoping to go global.