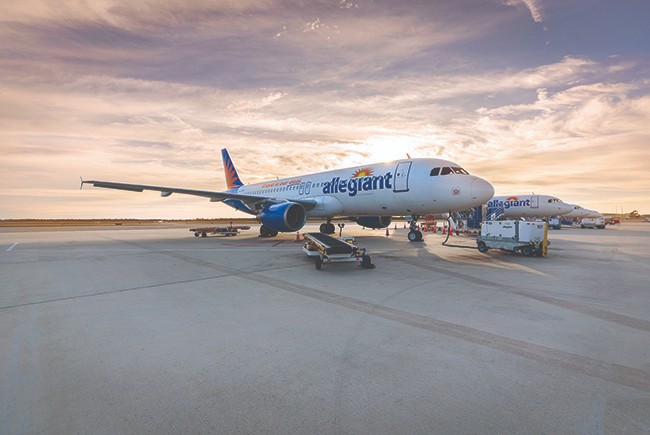 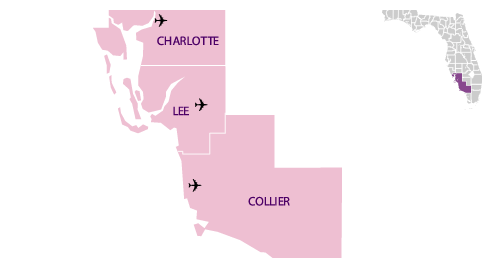 Florida’s Southwest comprises just three counties. But what this region lacks in size, it more than makes up for in substance. In 2018, Collier County had the state’s highest per capita income — $85,421 — and its longest life expectancy. Fort Myers in Lee County was named “2018’s Fastest Growing City in America.” And Charlotte County remains a logistics powerhouse for its strategic location along I-75 between Tampa and Miami, providing easy access to 4 million potential customers within 90 miles. It’s no wonder so many corporate headquarters and thriving clusters of logistics, life sciences and manufacturing firms have found homes here.

Medical device manufacturer Arthrex is putting the finishing touches on three additions at its nearly completed corporate headquarters campus in Naples: a six-story, 300,000-sq.-ft. Arthrex Event and Administration Building; a four-story, 170,000-sq.-ft. INNovation Hotel to accommodate visiting physicians who come to Naples for training in the use of surgical devices developed at Arthrex; and a two-story, 38,000-sq.-ft. Arthrex Wellness and Medical Center to serve employees and their families. Completion is anticipated in late 2019.

Meanwhile, health care options for consumers in this region continue to grow:

• And it’s full steam ahead for Braden Clinic Hospital, the first hospital to be sited in eastern Collier County. Ground breaking for the 25-bed facility in Ave Maria is planned for November 2019. Currently, the nearest hospital serving Ave Maria and Immokalee health care consumers is an hour away in North Naples.

Hertz, Chico’s FAS, 21st Century Oncology and Flightdocs are four familiar companies that have chosen to site their headquarters in Florida’s Southwest. Many more are making news in their respective industries and at least two are growing in size:

• Longtime Naples-based Conditioned Air will build a 52,710-sq.-ft. operations center in Fort Myers to support future growth, and nearly triple in size as a result. Roughly 10,800 square feet of office space, a 31,000-sq.-ft. warehouse and 11,000-sq.-ft. for storage and future expansion are anticipated.

• The Naples Children & Education Foundation, founding organization of the annual Naples Winter Wine Festival, broke ground in April 2019 on a 15,000-sq.-ft. structure in Naples, its first dedicated headquarters building. To cover the anticipated cost — $6.5 million — NCEF has embarked on a capital campaign separate from its signature annual wine festival event, which, since 2001 has raised more than $191 million.

Southwest Florida enjoys seam-free accessibility to domestic and international markets. I-75 bisects the region from north to south linking distributors in its three counties to major population centers throughout the Southeast and putting five deep-water ports within a half-day’s drive.

This level of ready proximity to widespread markets drew Cheney Brothers to site its fifth Florida-based distribution center along I-75 in Punta Gorda in 2015. Opened with 250,000 square feet to serve food service providers throughout Florida and beyond, the facility has since expanded to 345,000 square feet and will soon add another 80,000 square feet to accommodate a dry goods storage facility.

Also taking advantage of Southwest’s logistical assets: Amazon. In February 2019, the online e-commerce giant opened a 60,000-sq.-ft. delivery station in Fort Myers in a former warehouse just off I-75.

Two commercial airports serve this region and both are busier than ever. Southwest Florida International Airport in Fort Myers, which ranks among the top 50 airports for passenger traffic in the U.S. and offers nonstop service to more than 40 domestic and four international destinations, logged a record 9.4 million passengers in 2018. Coming in 2020: a $220-million terminal expansion project to include new security checkpoints and additional concessions.

With just one airline — Allegiant — and a combination of 41 seasonal and year-round routes, Punta Gorda Airport (PGD) logged nearly 1.6 million passengers in 2018 for a 22% increase over the previous year. In addition to commercial air service, this general aviation facility hosts many aviation businesses and flight schools and will soon be home to an aviation mechanics training facility. Charlotte Technical College will oversee course development and provide the instructors; a $1.7 million Florida Job Growth Workforce Training Grant will underwrite the costs.

Also coming to Punta Gorda Airport: Intrepid Aerospace. Currently based in Fort Myers, the FAA-certified repair facility specializes in maintenance, repair and overhaul (MRO) for national and international commercial aircraft as well as fixed-base and military operators. Intrepid plans to build an interim hangar at PGD and begin servicing aircraft within the next six to eight months, to be followed within three years by a larger permanent hangar to house the MRO facility.

Nor-Tech Hi-Performance Boats, a Lee County fixture since 1991, celebrated the grand opening of its new manufacturing headquarters in Cape Coral in April 2019. With the 55,000-sq.-ft. facility and 40 new-hires in place, Nor-Tech expects to increase production by 30% and to potentially hire another 150.

Canadian manufacturer MetalCraft Marine, a leader in the design and production of high-speed patrol, fire, rescue and work boats for military and civilian use throughout North America, including Charlotte County’s newest Fire/EMS rescue boat, plans to open a facility at Punta Gorda Interstate Airport Park. The firm will use Charlotte Harbor and a nearby retention pond to test its boats in both salt and fresh water.

Florida SouthWestern State College — ranked one of the nation’s “50 Best Community Colleges” by College Choice in 2018 — offers baccalaureate, associate and certificate programs at campuses in all three Southwest Florida counties. In 2019, FSW opened a Corporate Training Center in Bonita Springs to provide a centralized location for customized business training programs. In recent months, FSW has received state grants to train 330 employees at Punta Gorda-based Cheney Brothers and another 150 at Bonita Springs-based Herc Rentals.

Be as Active (or as Idle) as You Please
Florida’s Southwest has a little bit of everything to offer: historic downtowns; quaint shops and eclectic galleries; symphony orchestras, theaters, festivals and museums; and an abundance of natural wonders: Sanibel Island; Corkscrew Swamp Sanctuary; Ten Thousand Islands; Big Cypress Preserve and Everglades National Park; and miles of coastal waters for swimming, boating, beachcombing and bird watching.

Walk on the Wild Side
Spend a day at the Naples Zoo at Caribbean Gardens, a true zoological park where animals graze among plants dating back as far as 1919 and birth rates are soaring. Since January 2019, the zoo has welcomed nine fragile newborns: one rare eastern bongo calf, two endangered clouded leopard kittens, three critically endangered red-ruffed lemurs and three African lion cubs classified as vulnerable to extinction.

Feel Good, Live Long
Two Southwest counties are among the top 12 healthiest in Florida. In a 2019 study by the Robert Wood Johnson Foundation and the University of Wisconsin Population Health Institute that looked at health behaviors, access to clinical care, social and economic factors, and air and water quality in Florida’s 67 counties, Collier ranked No. 2 and Lee No. 11. And another piece of positive health news: Naples topped 24/7 Wall Street’s 2018 list of Florida cities with the longest life expectancy.

Find a Place to Call Home in Cape Coral
Cape Coral: In 1957, developers began carving 400 miles of canals into Florida’s southwest coastline to create the city of Cape Coral. The first residents arrived within a few months … and they haven’t stopped coming since. With a population of 183,365, Cape Coral is today the largest city along I-75 between Tampa and Miami and 12th fastest-growing among mid-sized cities nationwide. There’s still room to grow here, but you better like your neighbors. Population density here is 1,528 residents per square mile.