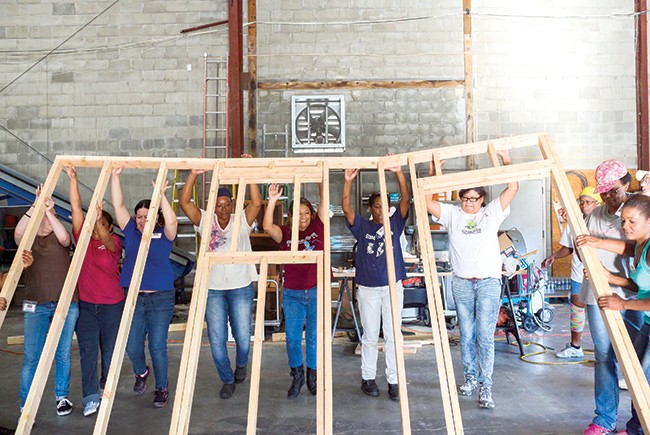 To encourage women to seek jobs in the construction sector, Hillsborough Community College’s SouthShore campus, the Helen Gordon Davis Centre for Women and the non-profit group Enterprising Latinas are partnering to offer a free workforce training program for low-to-moderate-income women living in south Hillsborough County. During the 15-week Women Building Futures program, the women will learn carpentry, drywall, painting, masonry, flooring and construction administration — and will earn certifications from both the National Center for Construction Education and Research and from OSHA.

“With all of the housing developments being built in (southern Hillsborough), this is the time for women in our region to create their own story of success in the construction industry,” says Enterprising Latinas CEO Liz Gutierrez.

According to the University of Central Florida’s Institute for Economic Forecasting, construction is the Tampa area’s fastest-growing job sector, with the number of jobs growing about 4% a year.