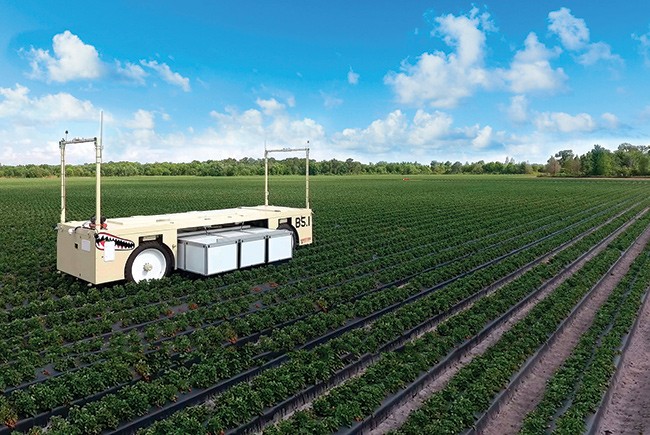 Innovation is a key component of Wish Farms success.

By the time Gary Wishnatzki took over the Florida operations of his family’s strawberry business in 2001, the company had already undergone big changes.

Founded in the 1920s by Wishnatzki’s grandfather, who started out selling produce from a pushcart in New York City, the company eventually became one of Florida’s top berry growers and suppliers.

Gary Wishnatzki kept the changes coming. First, he shortened the company’s name to Wish Farms — from Wishnatzki Farms — then he began expanding the business, including growing organic berries.

These days, Wishnatzki also is overseeing Harvest Croo Robotics of Tampa, a company he founded that’s working on a robot strawberry picker. The robot picker, which has received more than $9 million in investments, is projected to start picking strawberries commercially by the end of this year.

“Everything that requires human labor right now is going to have to move toward automation,” he says. “If that doesn't occur, crops like strawberries are going to become less affordable and less available because growers won’t be able to find the labor to pick them.”

Wishnatzki is also working on a $20-million headquarters, which will consolidate Wish Farm’s four locations in Plant City. The warehouse at the new facility includes innovative berry-cooling equipment that features reverse air flow to cool berries quicker and more evenly throughout a pallet — important because every hour that a berry is not cooled after it’s picked reduces the fruit’s shelf life by one day.

The headquarters, projected to open by late summer 2020, will have plenty of amenities for the company’s 100 full-time employees, ranging from a gym, test kitchens, and a tree-house to be used as a meeting room to an on-site organic blueberry farm, where visitors will be invited to pick fruit. The main office will also have a sliding board stretching from the building’s second floor to the lobby.

“That way,” he says, “we’ll be able to greet visitors in style.”

“We think this will be a truly unique experience for participants who will enjoy the yoga sequences surrounded by the sounds of nature and up close with our tigers, lions and ligers,” says Kay Rosaire, the Big Cat Habitat’s founder. “Big cats are curious and come up close to check out what is happening.”