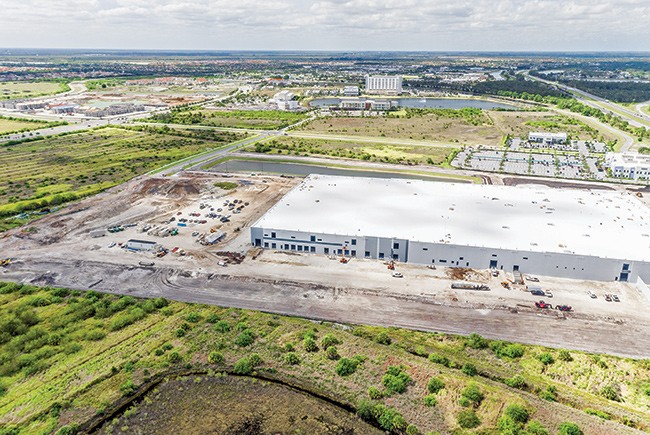 The early returns are in on Port St. Lucie’s latest attempt to build the job-rich business core its founders, the Mackle brothers, failed to include when they created the community decades ago.

In June 2018, Port St. Lucie took over 1,123 acres from Tradition Land. The company, struggling to recover after the Great Recession, had succeeded in selling off its residential land but found no suitable takers for its large commercial tract, dubbed the “Jobs Corridor” along I-95.

Rather than see the acreage wind up in a tax-bill auction, the city took title along with responsibility for repaying the debt it underwrote for the development, which it was on the hook for anyway.

“If we’re going to have to carry it, we might as well control our destiny,” says Mayor Greg Oravec.

Electric wholesaler City Electric Supply has broken ground on a 400,000-sq.- ft. facility consolidating other sites and hiking its projected employment to 277. Surgical instrument maker Oculus Surgical is at work on a $7-million, 55,000-sq.-ft. facility, which will employ 79.

The Legislature this year provided money to extend the loop road to open more of the acreage to development. Oravec says the city is working on additional recruitment projects.

Even so, plenty of land remains available and many more jobs are needed. Says Oravec, “We’ve got decades worth of work.”