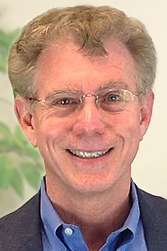 Prevailing wisdom says that when looking at creating a new product or service, your best chance of success, maybe even survival, is to get into the market first. Seems to make sense, after all the early bird gets the worm.

There’s plenty of historical evidence to back this up. The first mover advantage works when it’s an offering that’s innovative, disruptive, and manages to catch the competition off guard. In the old days, that was sort of easy to do.

Like Sony's Betamax back in 1974 — don’t run off to look this up on Google. Betamax was a videocassette playback device for watching movies at home and there was nothing close to it on the market. It was affordable and offered a very high quality video picture. The Betamax was wildly successful and because of the complex technology of the era, for a while no one else was able to compete.

Then Video Home System (VHS) devices entered the market and although the picture resolution was not as good, the recording length was much longer. It turns out that the folks that invented the VHS format figured out two things — Sony’s Betamax proved there was a market for home entertainment and consumers wanted to watch feature length Hollywood movies. Unfortunately for Sony, the Betamax was limited to only one-hour playback. By 1980 VHS dominated with 60 percent of the North American market.

The moral of the story is it took VHS a while to get into the market and many years to capture significant market share. But that was the 1970s and 1980s.

Fast forward to today. Who wants to be the early bird with a juicy worm hanging out of your beak — that’ll just make you a target of every possible laggard in the world! And it’ll get ugly as they try to grab your worm. And do it quickly.

Newer technology allow fast follower companies to be agile and quickly plug the holes of first mover products. Plus, innovative processes can squeeze production costs down while digital marketing will test messaging and niche channels faster than a blink of an eye.

Meanwhile, the first movers usually find themselves stuck, almost like quicksand. Why? The probability is high that they’ve made expensive mistakes because there wasn’t a model to follow and lack of existing competition didn’t force them to be efficient and nimble. The result is they are unable able to adapt at the pace of and evolving market.

Shane Snow, web entrepreneur and the cofounder Contently says, ”Like early pioneers crossing the American plains, first movers have to create their own wagon trails, but later movers can follow in the ruts.”

First to market equals higher risks. When market validation doesn’t exist and there’s no roadmap, the chances of success are far from guaranteed. In fact by definition failure is more probable than a favorable outcome. First movers need to be hyper focused and willing to spend a vast amount of “capital” — money, people, technology, and process. Then there’s the need to educate buyers to a new idea and way of doing things. And, even when the company practices agile go-to-market practices, such as quickly figuring out what the minimum viable product is to enter the market, trial-and-error learning can be slow and costly. Certainly, when done right and quickly, the rewards can be very big. Yet, you probably will struggle naming a company that truly was first to market with a completely new concept - and is still a dominate and profitable player.

Let other companies warm things up for you. Entering the market later is a better strategy. The first mover already has carried out much of the heavy lifting and handed you a road map for success. Now for my disclaimer - there are caveats to this strategy and not following a few guideline will doom you to failure too. Study the first mover’s offering and market entry. Where are the holes? Find out by asking your customers, potential buyers, and industry analysts. But more than filling the holes, there’s almost always space for targeting a niche that may perform better with a twist on the product or service the first mover introduced. So, do not simply be a copycat — you need to have a strong differentiator for your offering for customers to notice you. Lastly, speed is essential. Because surely others are thinking of following the first mover too.

Examples of successful fast followers are all around us. Most of the biggest companies came out of nowhere and shot strait up like a high-powered rocket ship, but it may not be obvious. Many had humble beginnings. Google borrowed heavily from the efforts of early search engines Snap, Magellan, and Infoseek. Facebook did not pioneer social networking and instead followed the lead of SixDegrees, Friendster, and MySpace. McDonalds was not the first restaurant to make the hamburger a core part of their strategy — White Castle was a trailblazer in the category. Yet, where are Magellan, MySpace, and White Castle today? Google, Facebook, and McDonalds were nimble and fast. They learned from their first mover friends how to redefine and dominate. These eventual market leaders weren’t just imitators, they avoided making the same mistakes of their predecessors and then made improvements.

Find markets that interest you. Look at the competitors and market leaders. Figure out how to create space between you and them. Then accelerate your path to a breakthrough idea.

When you create something fresh, it won’t be long before competitors will be nipping at your heels. Let others be too early to the market. Let others incorrectly predict how potential buyers will respond. Let others show you why their business model was wrong.

Are you ready to be a fast follower?

Ron is the founder of FastPath Marketing and More Customers Academy. He works with tech-enabled companies, helping them find the fastest path to revenue with executive advising, business development coaching and consulting, as well as marketing and selling training. As an accomplished tech industry business leader and entrepreneur, Ron has served in top-level sales, marketing and business development roles ranging from emerging companies to global tech giants, including as the CEO of a venture-backed wireless startup. Ron is on the advisory board of the University of Florida’s two internationally recognized tech business incubators and writes a popular column on how to grow revenue in the award-winning Florida Trend business magazine. Learn more at www.FastPathMarketing.com. Ron can be reached at 727-642-4246 or by email.