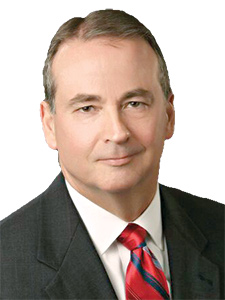 Florida's tax law charges airlines millions for flying hundreds of miles over open water in the Gulf of Mexico and Atlantic Ocean.

A few years ago, executives at Southwest — with help from accountants at Deloitte — decided the company had been overpaying its Florida corporate income taxes for years. In September, according to records obtained by Florida Trend, the Dallas-based airline filed five years’ worth of refund claims totaling nearly $7 million.

Southwest and other airlines believe Florida’s corporate income tax law has a major defect. In general, the state calculates corporate income tax based on how much of their income companies earn within Florida. To figure out how much companies that provide land or sea transportation owe, the state uses a formula based on the percentage of total “revenue miles” traveled in Florida.

The state’s formula, however, doesn’t follow the peninsular border. The law, written more than 25 years ago, counts any miles flown or sailed within a giant square drawn, roughly speaking, from Pensacola to the west, Palm Beach Shores to the east, the Alabama line to the north and Key West to the south.

That “Florida box,” as accountants call it, includes vast swaths of open water in the Gulf of Mexico and Atlantic Ocean. For instance, the distance between Indian Shores outside St. Petersburg and the western boundary of the box in the Gulf of Mexico is roughly 280 miles. The distance between Atlantic Beach outside Jacksonville and the eastern boundary in the Atlantic Ocean is about 110 miles.

What’s more, the lines established by the tax statute appear to conflict with what the Florida Constitution calls the boundaries of Florida — generally, three miles into the Atlantic Ocean and nine miles into the Gulf.

A number of airlines have seized on the discrepancy in recent years. In 2006, for instance, American Airlines sued the Florida Department of Revenue over the issue, seeking an undisclosed refund from its 1998, 1999 and 2000 tax payments. Ten years later, UPS, which operates a major freight airline, sued the agency for $750,000 worth of taxes from 2009, 2010 and 2011.

“The Florida Legislature, while it has broad discretion in enacting tax statutes, cannot say that black is white or that airspace over international waters lies over Florida,” attorneys for UPS wrote in their lawsuit.

It’s also a matter of fairness, says Mark Holcomb, a shareholder in the Tallahassee office of Dean Mead. “Can you imagine what would happen if other states bordering the Gulf of Mexico took a similar position?” Holcomb says. “What would they draw as their lands? Where does Texas extend? Or Louisiana, Alabama or Mississippi?”

The Department of Revenue doesn’t discuss individual taxpayers or litigation. But in internal documents filed as part of the UPS litigation, the agency doesn’t attempt to defend the law. Instead, it says merely that it must follow the law as written, because only a court can declare a statute unconstitutional. Meanwhile, it keeps settling the cases as they are filed. None has ever made it to a judicial resolution.

The Southwest, American, UPS and Allegiant cases were settled. Though the terms are confidential, it’s likely the agency is settling for pennies on the dollar, as its only leverage appears to be the time and expense it would take for a company to litigate all the way to the end.

Other airlines have sought refunds and negotiated settlements by challenging the Florida box through internal protests that never became public. A document in the UPS litigation, for instance, references two earlier settlements the company negotiated with the Department of Revenue covering another eight years’ of taxes, dating back to 1996.

Because of its size — and a flight network that includes dozens of routes between Florida airports and cities in the southern, midwestern and western parts of the country that take its jets over the Gulf — Southwest made an especially big refund claim. Altogether, the airline says it overpaid its Florida taxes by $6.7 million between 2011 and 2015, or more than $1.3 million annually. Representatives for both Southwest and Deloitte declined to discuss the issue.

Neither the state Legislature nor state regulators have attempted to make legal changes to clarify the issue. Airlines, at least, don’t seem to mind the protest-and-settle status quo. Asked about the issue, a spokesman for Airlines for America, an industry trade group, says the organization “has not been engaged in any discussions regarding corporate income tax structure in Florida.”

But, he added, “A4A and our carrier members appreciate Florida’s competitive, business-friendly environment.”

Read more in our May issue.