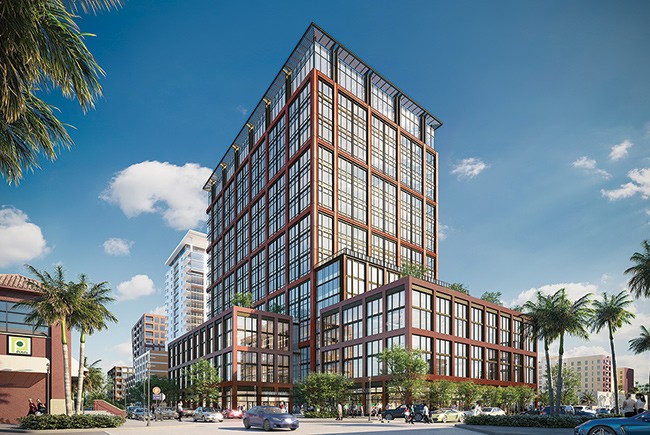 Billionaire Jeff Greene’s political aspirations fell apart again this year with his loss in the Democratic primary for governor. The question now is whether he’ll shift his focus to the hundreds of millions of dollars in vacant land and other real estate he owns in West Palm Beach.

Greene, who made his mint while based in California by betting against the real estate bubble, came to Palm Beach County after the crash and began snapping up land and unsold condos. He developed a bit of it — a suburban apartment project — but his plans for twin downtown office and residential towers and a micro-apartment project haven’t moved forward. Greene told the Palm Beach Post this year that he put the micro-apartments on hold after seeing how much new residential development is slated to come to market. The tower project was shelved after the city changed height restriction rules downtown, allowing a 25-story building — up from five stories — for a competing developer.

With Greene on the sidelines, the development impetus has moved to others such as New York-based Related Cos., which is redeveloping and rebranding its 18-year-old lifestyle retail and restaurant center CityPlace and its 72-acre area into an “urban neighborhood.”

Related Senior Vice President Gopal Rajegowda moved to West Palm Beach in 2016 to shepherd construction of Related’s 400-room Hilton convention center hotel — long an aspiration for the city — that opened in 2016. Since then, he’s turned to a reimagining of CityPlace, which has struggled along with the overall retail sector. The area’s demographics have shifted to greater population density, younger and fewer seasonal people. “We really have been thinking about how to rethink the future of downtown,” says Rajegowda.

The emphasis will be on moving beyond the transactional for retail to the experiential. His prime example is Restoration Hardware’s 80,000-sq.-ft. gallery, restaurant and wine bar that opened last year between the hotel and CityPlace.

In general, CityPlace in its new incarnation will see more pop-up retail, hospitality, co-working spaces and fresh streetscape, art and public spaces. Related is in talks for a second hotel. As part of its urban neighborhood, Related is developing 360 Rosemary, an 18-floor, 297,000-sq.-ft. class A office project in a gap between CityPlace and the new Brightline station. The tower will have loft-style spaces.

“We’re getting a lot of interest from tenants that are in Palm Beach County proper and tenants from the northeast and around the country,” he says. “They get excited about where West Palm Beach is going but also the idea of being in a diverse, dense downtown with connectivity by train.”