Sizable gain: Pensacola will get a major children's hospital 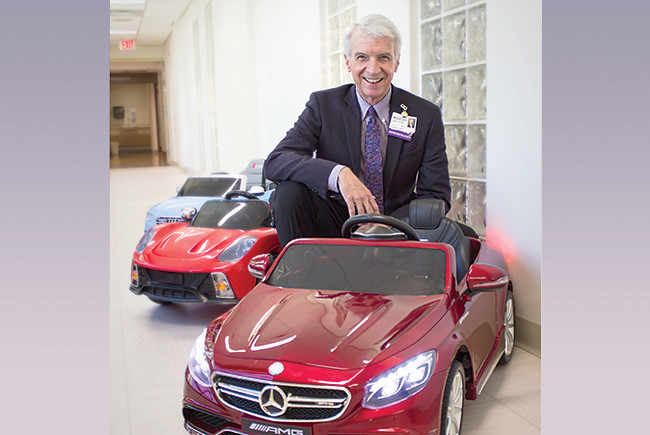 When completed in early 2019, Sacred Heart Health System’s $85-million Studer Family Children’s Hospital in Pensacola will be the fourth-largest in Florida.

Sacred Heart President Henry Stovall spoke with FLORIDA TREND recently about the impact the hospital will have on its neonatal and pediatric care and about its partnership with the UF Health Shands Hospital.

Uniqueness: “It’s really unusual for a metropolitan area the size of Pensacola (population 470,000) to have a children’s hospital. Typically, children’s hospitals are attached to large academic centers or in much bigger cities like Dallas, Birmingham or Orlando.”

Phases: “As soon as we get the construction phase completed, we will begin phase two, which is a new pediatric hematology and oncology unit. Phase three will be moving our pediatric intensive care unit into the new building.”

UF relationship: “We have 25 specialist and subspecialists who are employed by UF Shands but who work here at Sacred Heart and are on site full time. Our pediatric residency program, transplant and neonatal transport program are also in partnership with UF Health Shands. So, we have a very, very strong and long-lasting relationship with UF Health Shands. All their services tuck in neatly here at Sacred Heart.”

Selling point: “We’re convinced the Studer Family Children’s Hospital not only will have a major impact on health care here in Pensacola, but also will be an important economic driver. Whether you’re a Navy Federal Credit Union or another large company and you’re looking at five or six cities to invest in, we think having a major children’s hospital is a very significant selling point. It adds a lot of horsepower to this community’s image and to what it is doing in health care for children.”