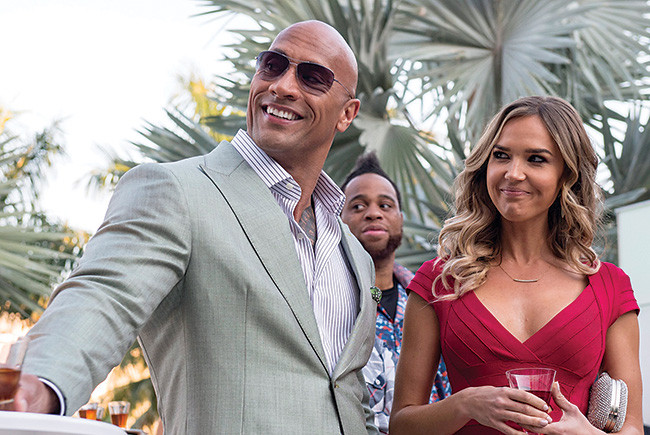 “Bloodline” and “Ballers,” both of which were heavily subsidized by taxpayers, were among the highest-profile losses to the state’s entertainment industry after lawmakers decided to kill the program amid growing opposition to public incentives. But industry promoters say they are but two of many productions that have since fled the state.

“Without a funded program to entice projects and companies to our state, in the last three-plus years we’ve lost more than 50 major film and television projects that would have spent close to a billion dollars in Florida,” says John Lux, executive director of Film Florida, a trade group for the state’s film, TV and digital media production business. “These are just the projects we know would have been filmed in Florida. The real number is multiple times higher because we were not involved in our conversations because of the lack of a statewide program.”

Indeed, all across the state, industry advocates say production business has declined without incentives to hold it up. In Miami-Dade, for instance, Film Commissioner Sandy Lighterman says direct spending by entertainment production companies has plummeted from $350 million a year to $150 million.

“We have a loyal customer base that will still come to Florida,” adds Pamela Tuscany, vice president and general manager of the production studios at Universal Orlando. “But if you’re looking for new business, the phone is just not ringing. And that’s because of the incentive.”

Lawmakers — particularly in the House, where Speaker Richard Corcoran (R-Land O’ Lakes) and his incoming successor, Rep. Jose Oliva (R-Miami Lakes), do not hide their disdain for what they consider “corporate welfare” — have shown little interest in reviving the program, which doled out nearly $300 million in tax credits to television producers, movie studios and digital media companies between 2010 and 2016.

Some of their aversion to the program stems from the fact that — despite protests from the industry — there are lots of questions about whether the program was worth it. Three years ago, when state economists reviewed the program, they found it produced a return on investment of just 0.43 — meaning every $1 in incentives produced just 43 cents in tax revenue. And when they reviewed it again earlier this year, the ROI had shriveled to just 0.18.

The program has also faced questions about how much incentivizing it actually does. The largest single recipient of tax credits through the program was video game giant Electronic Arts, which was developing sports titles such as Madden NFL at its suburban Orlando studio long before Florida started giving the company incentives. Altogether, EA received $60.6 million in tax credits between 2010 and 2016 — 21% of the total awarded to all productions.

One reason EA managed to do so well is that its lobbyists helped write, and rewrite, the program over the years to the company’s advantage. In 2011, for instance, records show an EA lobbyist e-mailed the chairman of the Florida House’s tax-writing committee with language to create an extra incentive for EA and other digital media companies. The Legislature passed the language into law, almost verbatim, one month later.

EA is among those who say lawmakers have erred in not continuing the program.

“There are more people playing more video games on more platforms across more geographies than ever before in the world today. Yet, Florida’s current approach to supporting the interactive entertainment industry is effectively eroding any opportunity for the state to lead and grow,” says Daryl Holt, vice president and group COO for EA Sports. “We have lost opportunities, lost talent and lost jobs to locations that are focused on leading the growth opportunities ahead of the massive games industry. We hope that lawmakers in the state will consider supporting new incentives that will return our industry in Florida to a growth trajectory.”

There are signs that the entertainment industry is adapting to life without help from state taxpayers. In some cases, local governments have begun their own incentive programs. Miami-Dade County has begun offering $100,000 to productions that spend at least $1 million. Two productions have been approved so far.

And in some areas, the private sector is stepping in to fill the void. Universal Orlando, which operates one of the largest production lots in the state, has begun wooing productions with its own incentive packages that include things like discounted hotel rooms and catering service.

“We now have a division within Universal that’s an arm of Universal Catering specifically targeting productions, and we built a food truck to support it,” Universal’s Tuscany says. “And our hotels have absolutely bellied up to the bar to help with productions coming into the market, as well.

“The incentive was very important to the state of Florida and certainly to our industry. And now that it is gone, the bottom line is we’re just not competitive right now” with other states, she adds. “At the same time, business is still here, the doors are still open. We just have to work harder.”