Northeast Florida: Snapshot of the region's economic strengths and challenges, people to watch 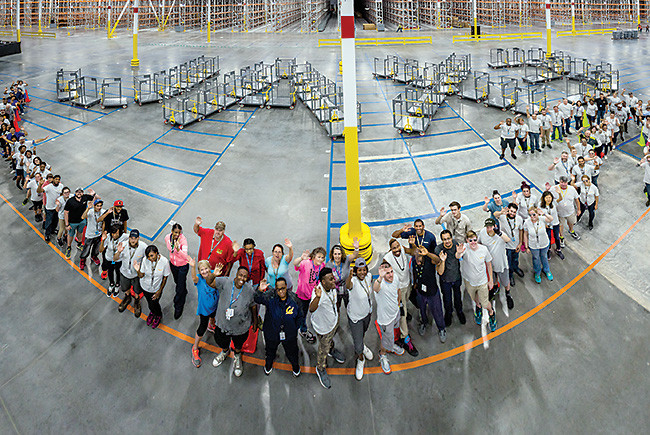 Despite the efforts of government and law enforcement officials, crime rates continued to climb last year.

The most recent data compiled by the Florida Department of Law Enforcement show crimes in Duval County rose 0.4% in the first six months of 2017. While not a big increase, crimes throughout the state over the same period fell 2%.

More troubling, a homicide tracker maintained by the Florida Times-Union shows the number of murders in Jacksonville rose by 22 to 142 for all of 2017, just one fewer than a recent high of 143 in 2008.

The Jacksonville Sheriff’s Office says it is participating in a number of initiatives with state and federal agencies and other groups to combat crime, including working with the National Network for Safe Communities, focusing on gang-related homicides and gun violence.

Some Jacksonville-area families have moved to neighboring St. Johns or Clay counties because of concerns about the quality of public schools in Duval County.

Statistics indicate that Duval County Public Schools are improving, however. The district, 20th-largest in the nation with 196 schools and 128,702 students, earned a B in 2017 for the third straight year, after receiving a C from the state for the previous three years.

The number of A-graded schools in the district rose from 28 to 41 last year, while the number of D schools fell from 33 to 13.

Amazon didn’t take Jacksonville up on the city’s offer of a free downtown riverfront campus for the retailer’s giant second headquarters project and its 50,000 jobs, but Mayor Lenny Curry isn’t discouraged. “This was an aspirational proposal we put forth,” says Curry. “We are blocking and tackling every day on economic development.”

The Jacksonville metropolitan area added 17,500 jobs in 2017 after a gain of 15,900 jobs the previous year, and economic development officials point to several significant wins. While it won’t put a headquarters in Jacksonville, Amazon opened two distribution centers last year that are expected to employ about 5,000.

Other recruitment wins for the city last year included the opening of an Ernst & Young services center with 450 jobs and Formativ Health’s operations center with 500 jobs.

“There were a lot of people seeing Planning and Development Services as an impediment to the economic growth of the county,” says Wendy Thomas, whom the city hired in 2016 as the first director of the Department of Doing, a new office created from the task force to make planning and development easier and more user-friendly.

Among the changes implemented by the new department is an electronic filing system, replacing the old system of shuffling papers between personnel and offices. The city can now promise developers it will review plans submitted within 15 days, compared with the old process that could take three to six months.

The office also has an interactive map on its website so any resident can see the projects going up in his or her neighborhood and click on it for basic information. “We have the customer in mind with everything we do,” says Thomas — including a redesigned lobby for its offices to make it more welcoming. “It just sets the tone of the experience they’re going to have with us,” Thomas says.

Voters in the small town of Hastings — population 580 — decided they couldn’t maintain their local government. In a referendum last fall, 82% of Hastings voters agreed to dissolve the “Potato Capital of Florida” and turn over its operations to St. Johns County.

“They realized they weren’t in a financial position to continue operating and delivering services to the community that residents expect,” says county administrator Michael Wanchick.

It will cost St. Johns County about $7 million, including assuming $1 million in town debt and spending about $3 million to improve the water and sewer system. But with a county budget of about three-quarters of a billion dollars, St. Johns can absorb it, Wanchick says.

If Hastings had declared bankruptcy, the county would have had to take over anyway, and county commissioners agreed that it was best to let the town dissolve instead of facing an uncertain future.

“They preferred to take over the town in an organized, wellplanned manner,” Wanchick says.

With the historic city of St. Augustine and the resort community of Ponte Vedra Beach, tourism is a major part of the county’s economy. The leisure and hospitality sector accounted for 37% of jobs in mid-2017.

Growth is continuing outside of the tourist meccas, with major mixed-used projects in development in the northern part of the county. The valuation of commercial building permits issued in fiscal 2017 jumped 52%.

“While our efforts are focused on attracting targeted industry businesses such as corporate headquarters, manufacturing and industrial opportunities, we welcome the retail and commercial activity we’re seeing to meet the needs of our growing community,” says Melissa Glasgow, director of economic development for St. Johns.

Sheilley says the Chewy and AutoZone facilities could bring 1,500 jobs this year, a significant number for a metro area that saw a net gain of just 900 in 2017. And while the unemployment rate is still higher than most of Florida, it has dropped from its peak of 14% in 2010 after the recession.

“We had farther to come down than everyone else,” says Sheilley.

Peter Rummell: The real estate developer best known for spearheading new community projects for Walt Disney and St. Joe is developing a healthy community called The District on the Southbank of the St. Johns River. Rummell’s group has been negotiating with city officials over the purchase of the property at a former Jacksonville Electric Authority site.

Lauren Poe: Over the past year, Gainesville has implemented an autonomous bus service to shuttle passengers between downtown and the University of Florida and entered into a partnership with the university that is providing $300,000 in community research grants. Mayor Lauren Poe says a goal is to address economic disparities in the community.

Anthony Hucker: Hucker last year became CEO of Southeastern Grocers, operator of Winn-Dixie and three other supermarket chains. Southeastern’s credit rating was downgraded by Moody’s last year as the company tried to restructure $900 million in debt, leading to speculation the company could be headed for a Chapter 11 bankruptcy reorganization.

Eric Green: The former senior director of government and external affairs of JaxPort became CEO in 2017. In his former role, Green led the effort to obtain authorization and funding for a harbor-deepening project. The dredging project is underway this year despite opposition from environmentalists.

John Peyton: The former Jacksonville mayor has kept a low profile since leaving office in 2011 but has re-emerged as chairman of the chamber of commerce. Peyton, CEO of Gate Petroleum, says downtown development will be a focus this year.

James Foote: Hunter Harrison brought in Foote, his former associate, as COO at CSX in October. And when Harrison died in December after just nine months on the job, Foote was promoted to succeed Harrison as CEO. Foote is considered a devoted follower of Harrison’s operating philosophy of precision scheduled railroading. It will be up to Foote to get the railroad back on track after Harrison’s implementation of the system got off to a bumpy start in 2017, with freight customers complaining about service disruptions as CSX cut about 3,000 jobs.

Gainesville approved a proposal from a developer to build a sixstory, 136-room Hyatt hotel for $26 million. The hotel will be built on a downtown parking lot that has been earmarked for development for several years.

The small community west of Jacksonville continued to add jobs in 2017, with the unemployment rate falling to 3.4% in December, down from 4.6% at the end of 2016.

A fire destroyed the Tatum Brothers Sawmill in Lawtey. No one was hurt in the fire, and the company, which employs 50, is working to rebuild the mill.

Maple Street Biscuit is moving its headquarters from downtown Jacksonville to Clay County. Founder Scott Moore says the new office is more centrally located for employees of the growing restaurant chain, which started in 2012 and now has more than 20 locations stretching from Central Florida to Tennessee.

North Florida Land Trust received a donation from the Nowicki family of 522 acres west of the Osceola National Forest and two miles south of the Georgia border. The property sits along the Ocala to Osceola, or O2O, wildlife corridor and is part of a major conservation initiative for the trust.

The Downtown Investment Authority is seeking proposals for a riverfront convention center and hotel on the site of the former city hall and courthouse buildings.

Flagler Executive Airport completed construction of an extended 5,500-foot runway and other improvements.

The Trenton City Commission is moving forward with an ordinance to allow the sale of alcohol on Sundays. Officials hope the move will attract more visitors and increase tax revenue.

Karen Williams was named executive director of the Hamilton County Chamber of Commerce. Williams is founder of S2S Ministry, which operates an internet radio station.

The town of Inglis is planning a feasibility study on opening a white-water kayak venue. The proposed site would include other recreational amenities such as hiking and mountain biking trails.

Florida Public Utilities is building a headquarters in the Wildlight community. FPU joins Rayonier, the community’s developer, which opened its headquarters there.

Putnam County’s unemployment rate fell in 2017, but the county had one of the highest jobless rates in the state at 4.6%.

The PGA Tour confirmed plans to build a 187,000-sq.-ft. headquarters, which will bring all 800 employees currently working in 17 sites under one roof.

The county extended a moratorium on mining special permits until February 2019. A group of landowners is seeking to build a phosphate mine but has met opposition from citizen groups.