Home Building for a Cause 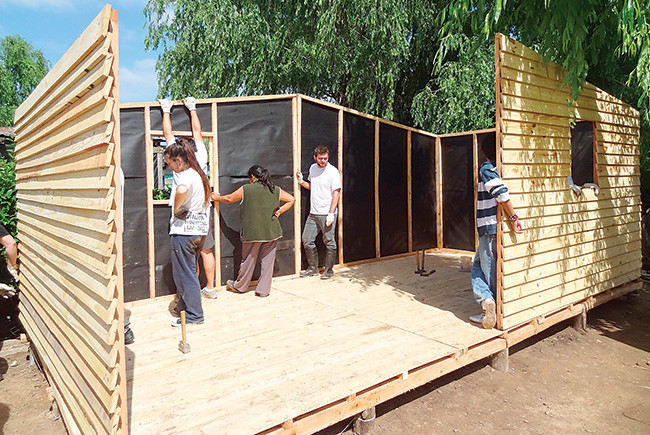 Shoe company Tom’s has thrived by promising to give a free pair of shoes to someone in need for every pair purchased. Andres Klein, founder and president of Miami-based real estate development firm BH Investment Group, thought a similar program could help non-profit Techo, which builds small transitional homes for families in need. Klein, a Techo USA board member, created Home4Home. Home builders who become part of the Home4Home program donate money to Techo to build a 250-sq.-ft. home in Latin America for each home the builder sells in the U.S.

A home builder in the program can position itself as an agent for social change and make a connection with the buyer that goes beyond the sales transaction.

Klein kicked off the concept with his own cash, committing to building Techo’s 250-sq.- ft. homes, initially in his native Argentina. Each small home costs an average of $2,500 in Latin America, where Techo and its volunteers have built more than 100,000 units in 19 countries over two decades. “The satisfaction you get from giving,” says Klein, “is far greater than what you get from buying things.”

CORAL GABLES — Mercantil Bank will be spun off by its Venezuela-based parent company, Mercantil Servicios Financieros, and become a publicly traded company.

MIAMI — City National Bank, a subsidiary of Chilebased Banco de Credito e Inversiones, agreed to acquire TotalBank from Spain-based Banco Santander for $528 million. The combination of the two Miami-based banks will create the third-largest Florida-based bank, with a total of $7.8 billion in assets and $8.1 billion in deposits. Macy’s is closing its downtown store, which is housed in a historic 1912 building. The group led by David Beckham that won a Major League Soccer franchise for Miami changed its makeup: Mastec Chairman Jorge Mas Canosa, Mastec CEO Jose Mas and Japanese billionaire Masayoshi Son, chairman of Spring Corp. and CEO of SoftBank, have joined Sprint CEO Marcelo Claure and entertainment executive Simon Fuller in the bid. One-time majority partner Todd Boehly, chairman and CEO of Eldridge Industries and part-owner of the Los Angeles Dodgers, is out.