City of the Arts 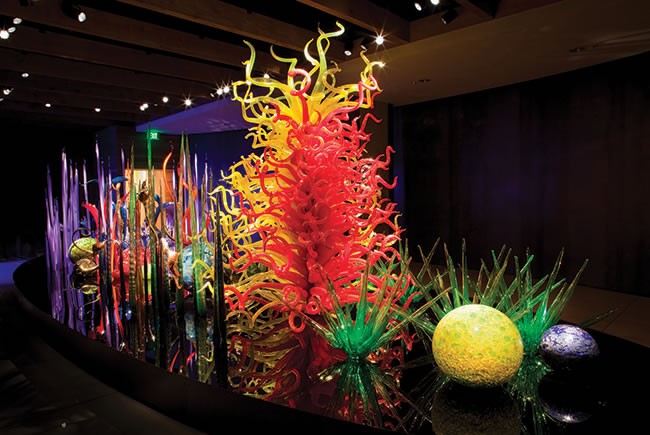 ArtPlace America voted the city the #1 arts destination for a city its size three years running. Art critics and travel writers from around the globe have gushed over the city’s arts scene. With artist murals throughout the city, you don’t need a ticket to get inspired.

The arts are also an integral part of the local economy. A St. Petersburg Art Alliance study underwritten by Bank of America in 2015 analyzed receipts of 32 non-profit museums and theaters in the city and found an economic impact of $212 million. Together the venues engaged more than 5 million people.

St. Petersburg’s foundation as an arts hub rests in its world-class museums including the Salvador Dali Museum, the Museum of Fine Arts, the (Dale) Chihuly Collection at Morean Arts Center and the Florida Holocaust Museum. More than attractions, the large museums and cultural centers are part of the fabric of the community. They host city-wide book clubs and offer residents courses in the arts, activities that engage and inspire.

The Dali, which holds the largest collection of the Spanish surrealist’s work outside his native country, attracts more visitors than any museum in Florida. The building itself is inspiring. Designed by Yann Weymouth of HOK, it features a free-form geodesic glass bubble made from triangular panes of glass that together rise 75 feet high. Just steps away, the Museum of Fine Arts also overlooking the city’s scenic waterfront features a diverse collection spanning from antiquities to works of contemporary fine artists such as Rauschenberg and O’Keeffe.

The Chihuly Collection at Morean Arts Center on Central Avenue is the only permanent installation of the famous glass artist’s work outside his home city of Seattle. The Florida Holocaust Museum is one of the largest of its kind in the U.S. and features a powerful permanent exhibit as well as traveling ones.

Museums of the Future

Adding to the mix, three new museums are under construction. The James Museum of Western & Wildlife Art plans its opening downtown in early 2018. At 110,000 square feet, the Museum of the American Arts and Crafts Movement will be the largest museum in the area when it opens in 2019. On the edge of downtown, the Imagine Museum, featuring a collection of America’s premier glass studio art, is slated to open in 2018.

Museum of the American Arts and Crafts Movement
Stickley furniture and windows designed by Frank Lloyd Wright are just a small taste of what’s in store for visitors to the upcoming Museum of the American Arts and Craft Movement. Area resident Rudy Ciccarello amassed one of America’s most impressive private collections of antique furnishings and architectural details from the art and decorative movement that spanned the 1880s to 1920s. Now he’s building a $70-million museum downtown to house and share it. The massive 137,000-square-foot facility promises to be a destination that surpasses one of mere observation. Ciccarello, also a foodie, plans to include world-class dining with celebrity chefs. The five-story museum is scheduled to open in 2019.

Imagine Museum
The Imagine Museum chronicles the history of the studio glass art movement with nearly 500 works by 55 prominent artists of the movement that began in the 1960s. Housed in a repurposed 50,000-square-foot building between the Morean Art Center’s Chihuly Collection and Hot Shop and the glass arts at the Duncan McClellan Gallery, it promises to further cement the city as a studio glass lover’s destination.

The James Museum of Western & Wildlife Art
Raymond James Financial Chairman Emeritus Tom James and his wife Mary have collected art since the 1950s. They traveled, bought oils of emerging painters, works by legendary sculptors, Native American jewelry. They purchased whatever art moved them, which often depicted wildlife or an untamed American West.

Longtime residents of St. Petersburg, the James family funded the construction of a $55-million museum downtown to share their massive collection. It will house a 141-seat theater, 30,000-square-foot gallery space, a cafe and 6,000 square feet of rental event space.

Featuring an indoor two-story waterfall and granite arroyo and an Old West-style cafe, the structure promises to be nearly as impressive as the $20-million art collection it will house. The James Museum of Western & Wildlife Art is expected to open in spring 2018.

St. Petersburg is more than just a place to see famous works of art. It’s a place where art comes to life. The city is filled with artists working in all mediums. There are five designated arts districts in St. Petersburg, and a trolley will take you to each of them on the second Saturday of every month during ArtWalk.

Recognizing the economic significance of the arts, in recent years the city government has pitched in to foster its growth. The city employs an official liaison to the arts community and even adopted zoning laws friendly to the commerce of art. In 2016, the city designated two neighborhoods as artist enclaves allowing artist residents to sell their work from their home studios and host a limited number of events throughout the year.

The Arts Alliance together with community art stakeholders and the city marketing department crafted an Art Collectors Guide to promote local artists’ work to art collectors outside of the area.

The city’s biggest arts success story of late grew organically when a few artists began moving their studios into what was mostly an empty industrial area southwest of downtown. A handful of artists formed the non-profit Warehouse Arts Association and purchased land and empty warehouses in 2014 with the goal of ensuring low rent studio space for many others.

Through fundraisers, donations and grants, the association raised more than $1 million to transform the property into the ArtsXchange, which opened in the fall of 2017. More than 500 artists applied for the 29 available spaces, some from as far away as Maine. Known as the Warehouse Arts District, the wider enclave is studio home to more than 140 working artists and counting.

Given the mild weather, some performances occur under the stars. The St. Petersburg Shakespeare Festival is annually held in the city’s downtown Williams Park, and the Florida Orchestra often performs free Pops in the Park concerts.

The area has also experienced a growth in talent, part homegrown and part transplants who bailed out of the expensive mega arts centers of New York, Los Angeles and San Francisco.

The arts may inspire the community, but it’s the entrepreneurial independence that keeps the Burg edgy and vibrant. Residents are fiercely supportive of local businesses and wear the city’s new hipster cred with sardonic humor. You’ll see T-shirts designed by artist Chad Mize that read “Paris, London, Tokyo, St. Pete“ being worn all over town.

The city teems with entrepreneurs and mom-and-pop businesses specializing in everything from vintage fashion to coffee to craft beer.

Supporting small, locally owned business is so much the Burg way that two nonprofits formed to champion it. Keep St. Pete Local is a virtual chamber of local, independently owned commerce. It hosts Localtopia, an annual daylong celebration of all things local at downtown Williams Park, and other events throughout the year. A similar non-profit, LocalShops1, promotes the buy-local theme throughout the wider Tampa Bay area. Its annual Shopalooza holiday shopping event near St. Petersburg’s downtown waterfront features local makers.

The city government and the St. Petersburg Area Chamber of Commerce also work to keep the unique local vibe alive and are quick to respond when it’s threatened. After Hurricane Irma, Mayor Rick Kriseman proclaimed a Burg Buys Local week to encourage residents to shop local businesses and help them recover from the financial impacts of the storm. The Chamber of Commerce, Keep St. Pete Local and LocalShops1 worked together to promote it.

The city’s Small Business Initiative helps local businesses get contracts working for the city, and the Greenhouse, a partnership with the city and St. Petersburg Chamber of Commerce, helps businesses get going and thrive. The Greenhouse is a one-stop help center for entrepreneurs and small business owners. The center’s weekly

1 Million Cups event has become a popular place for aspiring entrepreneurs to pitch business ideas and get feedback. The center offers everything from courses on writing a business plan to info on financing.

Thrive In addition to the Greenhouse, the non-profit TEC Garage backed by the St. Petersburg Downtown Partnership and other business groups also helps startups. Providing experienced business coaches and shared workspace, the small business incubator has played a key role in the launch of dozens of businesses that produce everything from learning tools for autistic children to equipment that prevents fleet drivers from texting while driving. The Downtown Partnership also operates a technology fund that provides seed investments in tech-related businesses.