Florida's Best Places to Dine - The Past 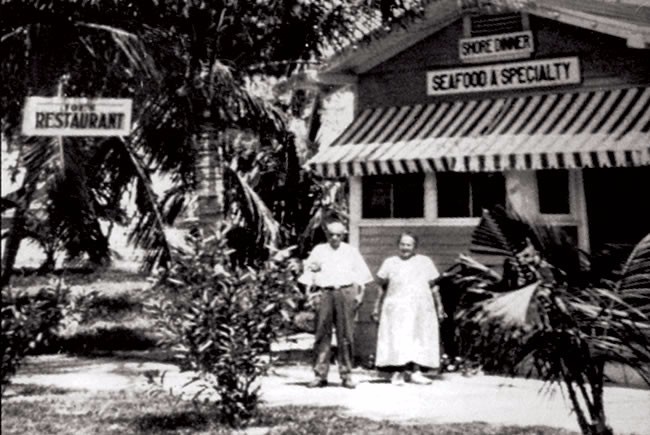 In a survey to 1,000 subscribers, editors explained “most of our readers — and all Florida Trend staff members — travel around our state a lot. The men who read our magazine like good restaurants.’’

The “Mad Men”-era language reflected notions that restaurants were for businessmen who mostly wanted steaks, lobsters and stiff cocktails.

forward a half-century and all Floridians obsess about food. Restaurants and chefs fill our smartphones and TV screens; cooking and eating dominate careers, leisure, business and news.

Back in 1967, Trend readers shared their favorites and aired complaints. They recommended top restaurants in 79 cities, from the Brahma in Ocala to Top-O-The-Columbus in Miami.

The 12 with the most votes in 1967 became the first Golden Spoon winners:

Only Bern’s, Columbia and Joe’s Stone Crab survive as they were then, with Pappas converting to a fast-casual format. Impressively, three were at least 40 years old in 1967 and today have been in business for almost a century or more. Bern’s is the youngest of the four. All are still family-owned.

Then: Louis M. Pappamichalapoulos’ Greek salad, with the potato salad on the bottom, was 40 some years old, and his little place on the sponge docks had expanded to a 600-seat Riverboat in Tampa. The founder’s grandson, Louis L., was in the kitchen peeling potatoes.
Today: Louis L. serves the same salad at four Louis Pappas Fresh Greek locations.

Then: Frank Sinatra, who personified fictitious Miami private eye Tony Rome, was just one of the famous names hanging out at Joe’s. J. Edgar Hoover was there, too. They were drawn by the magical Florida stone crabs and the magnetic Jesse Weiss, who had taken over for his father, Joseph, who started the business in 1913.
Today: Joe’s is still open from October to May, and the third, fourth and fifth generations of Weisses are on hand.

Then: In 1967, paella valenciana was one of the priciest dishes in the Quixote Court and Patio at the Ybor location in Tampa at $5.25; pompano almendrina or a la rusa was $4.75, cocktails were $1.50 and Spanish bean soup cost 75 cents. The Columbia seated 1,600, opened locations in Orlando and Sarasota and won praise from Esquire and Holiday magazines.
Today: The Gonzmarts have 13 restaurants, seven of them Columbias.

Then: Only 14 years after opening a downtown lunch counter, Bern and Gert Laxer had built a top-dollar steakhouse that covered a city block, added a porte cochere and a grand lobby and built the wine list to more than 2,000 labels.
Today: Under Laxer’s son David, Bern’s includes two more restaurants, a patisserie, a hotel and an expanded wine cellar with 9,000 labels, one of the largest collections in the world.