Profiles of women leaders in Florida 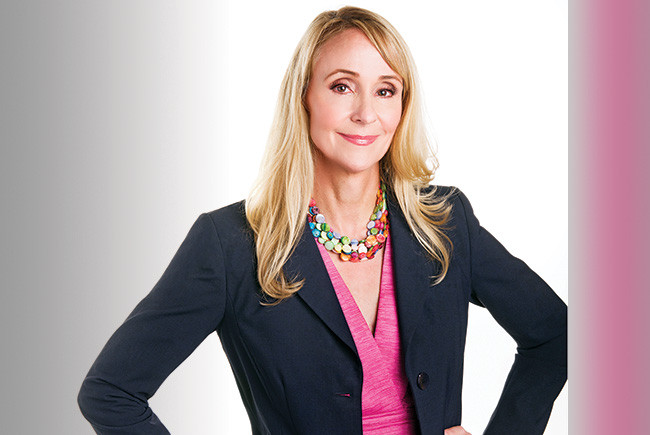 A three-time Olympic gold medalist, Nancy Hogshead-Makar transitioned from competitive swimming to the legal advocacy world, becoming a civil rights attorney focused on federal Title IX issues. As the creator of Champion Women, a Jacksonville non-profit, she advocates for equitable treatment of girls and women in sports. She points to studies showing that women who played sports in high school are more likely than other women to earn college degrees, get good jobs and be healthy as adults. “Most high school sports departments in Florida should double,” she says. “It would be a good investment in our collective future.”

A mother of three, she is married to Scott Makar, a judge on Florida’s 1st District Court of Appeal. She holds a bachelor’s degree from Duke University and a law degree from Georgetown.

Growing up poor in Jacksonville — her dad was a janitor; her mom was a maid — Val Demings knew she’d have to get an education to be successful. With a bachelor’s degree in criminology from Florida State University, she began her career as a social worker and then became a police officer in Orlando. “Going into this male-dominated environment, I just didn’t quite know what I was capable of,” she told Elle magazine. “But I learned on the way that I could do anything.” In 2007, she made history by becoming Orlando’s first female police chief, serving in that role until 2011. After winning Florida’s 10th district race last year, she now aims to make history as a U.S. congresswoman. A mother of three, she is married to Orange County Sheriff Jerry Demings, who was Orlando’s first African-American police chief (1999-2002).

» One of every five directors at Florida’s major public and private companies is a woman, according to a report by 2020 Women on Boards, a national campaign to increase the percentage of women on corporate boards to at least 20% by 2020. Nationally, women hold 19.7% of all board seats, up from 14.6% in 2011.

Even by the standards of business owners, Carol Craig leads a busy professional life. A former Naval flight officer, she employs about 400 people in 20 states as founding CEO of Craig Technologies, which does more than $50 million a year in business with commercial and government customers. The company, based in Cape Canaveral, specializes in aerospace engineering, software development, information technology and precision manufacturing.

“In the upcoming years, our plan is to diversify more strongly into commercial offerings,” such as software, she says. “The toughest challenge for me has always been to continue an upward trajectory of growth as a company. It’s very easy to sit back and forget that everything can change in a moment.”

Craig’s influence extends beyond her company. She serves on the U.S. Commerce Secretary’s manufacturing council and is a board member for multiple organizations, including the Florida High-Tech Corridor Council, Nemours Children’s Hospital in Orlando and the Maxwell C. King Center for the Performing Arts in Melbourne. She and her husband, John, a commercial airline pilot, have two children, including a son diagnosed with Prader-Willi syndrome. To support research organizations focused on children’s medical disorders, she created the non-profit Danny Craig Foundation.

She holds two bachelor’s degrees and a master’s and is pursuing a Ph.D. in systems engineering at Florida Institute of Technology in Melbourne.

“The best advice that I can give to women is to stop apologizing for the very qualities that make you successful. Being a mother or being emotional or being more of an open book are some of those qualities that we seem to think aren’t professional. Maybe it’s OK to ‘lean in,’ but definitely don’t try to be something you aren’t.” – Carol Craig, CEO, Craig Technologies

In 1997, former journalist Nadine Smith saw an advocacy void in Florida’s LGBT community. She responded by co-founding Equality Florida, a statewide non-profit dedicated to ending discrimination based on sexual orientation and gender identity. Last year, in the immediate aftermath of the Pulse Nightclub shooting, Equality Florida launched an online fundraiser for victims, collecting more than $9 million from contributors in 120 countries. Today, Smith says, she’s working to prevent policymakers in Tallahassee and Washington, D.C., from rolling back the clock with anti-LGBT measures. She is a Florida Chamber Foundation trustee and a member of the Florida advisory committee for the U.S. Commission on Civil Rights.

Under Debbie Calder’s management, Navy Federal Credit Union has grown its Pensacola operation from 850 employees to more than 5,800 over the past decade. Before moving to Pensacola in 2007, she worked for 16 years at Navy Federal’s headquarters in Vienna, Va. She now is leading Navy Federal in the next phase of its expansion in Escambia County. The credit union, which has about 6.8 million members and $79 billion in assets worldwide, plans to employ 10,000 people in Pensacola by 2026. Calder also is working to improve education and economic prospects locally through a community initiative called Achieve Escambia.

“We have entire families working for us,” Calder says. “I often talk to our young professionals, who say they plan to retire from Navy Federal. That makes my day.”

After spending nearly a decade in high-level positions at Facebook, Laura Gonzalez- Estefani teamed with Clara Bullrich, a private banking and asset management veteran, to form The Venture City this year. The pair aims to increase diversity in the technology industry by supporting entrepreneurship via a 36-month incubator or 18-month accelerator program for startups that seek to operate in multiple countries. VentureCity — based in Miami with a location in Madrid, as well as a presence in San Francisco — offers tech entrepreneurs the tools to get started and grow internationally, including product engineering, data analysis and help with funding strategies. Gonzalez-Estefani, who’s from Spain, previously was director of international business development and mobile partnerships in Latin America for Facebook. Before that, she worked for eBay, Siemens and Ogilvy. She also supports women entrepreneurs through mentoring and angel investing.

Pam Iorio has been a fixture in Tampa Bay public life for more than three decades, most notably as Tampa mayor from 2003-11. She is credited with having helped Tampa revitalize its downtown, reduce crime and increase its financial reserves despite a recession. In 2014, she took the helm of Big Brothers Big Sisters of America, then based in Dallas. A year later, she steered the non-profit through its headquarters move to Tampa, where she and a staff of close to 50 support about 300 affiiates nationwide.

In 1996, West Palm Beach attorney Wendy Sartory Link started a business law firm with husband Scott Link and friend David Ackerman. As they built up the firm, Wendy Link and two associates became pregnant. In 1998, she went into labor early and gave birth prematurely to twin boys. The two associates — a third of the firm’s legal staff — opted not to return to work after maternity leave. Not wanting to leave the firm shorthanded, Link returned to work within two weeks of childbirth. “I have a sign on my desk that says, ‘Life isn’t about waiting for the storm to pass. It’s about learning to dance in the rain,’ ” she says. “You’ve just got to deal with things as they come.”

Link says her late father, former Palm Beach Post President Larry Sartory, stressed the importance of giving back to the community. She is active on many boards, including the Economic Council of Palm Beach County, Palm Beach State College, the State University System and Florida Healthy Kids, a state-funded agency that provides lowcost health insurance to underprivileged children.

Shelley Broader’s career includes leadership roles at Walmart, Michaels craft stores and Sweetbay Supermarket. In 2015, she became CEO of women’s clothing chain Chico’s FAS — which includes Chico’s, White House Black Market and Soma — tasked with reviving sales at the $2.7-billion public company. A native of Spokane, Wash., Broader worked briefly as a TV journalist and then as an investment banker before getting into the retail business. Her civic and community board engagements include Moffltt Cancer Center and the Florida Council of 100.

As leader of Tenet Healthcare’s Florida region, Marsha Powers oversees nearly 10,000 employees and revenue of more than $1 billion. Dallas-based Tenet has 10 acute-care hospitals and about 3,500 beds in Miami-Dade, Broward and Palm Beach counties. Powers earned an MBA from the University of Florida and was a divisional president for Triad Hospitals, overseeing operations across seven states, before joining Tenet in 2007. She’s a UF trustee and a board member for the Federation of American Hospitals and Associated Industries of Florida.

“Health care isn’t a one-sizeflts-all fleld,” she says. “When my hospitals implement a new treatment option or procedure that offers our patients a better quality of life, I still feel just as fulfllled today as when I started.”

In August, Miami attorney Hilarie Bass, co-president of the Greenberg Traurig law flrm, took the reins of the American Bar Association. Among the issues she’ll address during her one-year tenure as ABA president is why women in their 40s and 50s are leaving the legal profession in large numbers. Bass will help launch a research project, “Achieving Long-Term Careers for Women in Law,” with a summit at Harvard Law School this fall.

“It’s critically important to the profession that we not have diverse and highly skilled attorneys walking out the door at a time when they should be reaching the pinnacles of success.” – Hilarie Bass, co-president, Greenberg Traurig