Wages in Florida are stuck 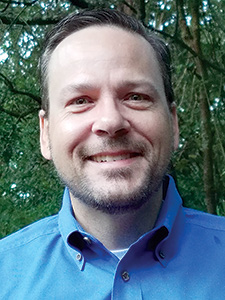 The labor shortage means paying higher wages won't create more skilled workers in the short term. "We are having for the first time to actually rely on outside recruiters to bring us skilled tradesmen," says Steve Browne of Wiginton Fire Systems.

With the unemployment rate low enough that economists talk of full employment, the question nationally and in Florida is why wages haven’t soared as demand for labor increases and the supply shrinks.

From 2012-16, according to research firm Emsi, real wages rose by only about 1% in most Florida metros. In some — Jacksonville, for instance — wages rose by half that. Wages barely budged in Melbourne and actually fell in the Keys.

Meanwhile, the Bureau of Economic and Business Research at the University of Florida finds that average annual wages, adjusted for inflation, were stagnant across the state, its metros and industries from 2005-14.

With employers saying they can’t find workers, why not cut back on the return to owners and investors and pay more for labor? Employers say it’s not that simple. Some say they don’t want workers who’ll jump from employer to employer for $1 an hour more. They also say they can’t charge more for their goods and services and so can’t afford to pay more.

Others say they need specialized talent of which there’s a limited pool; offering more money won’t create more skilled workers in the short term. Steve Browne, human resources vice president at Wiginton Fire Systems, a sprinkler system company based in Sanford that builds its talent pipeline by investing in apprentices, says “it’s almost impossible” to find skilled workers. In the past, the company sometimes used outside recruiters to find managers, system designers and others, but now “we are having for the first time to actually rely on outsider recruiters to bring us skilled tradesmen” from as far as Chicago or California.

“It’s very, very competitive to really find good people who have all the integrity, dedication and work ethic and the credentials,” says Browne.

Hector Sandoval, BEBR’s director of economic analysis, says the hit Florida took in the recession — 11.2% unemployment in 2010 — and the slow recovery drove many workers out of Florida. Meanwhile, many jobs created in the recovery were often low-skill, low-wage, reflecting Florida’s reliance on retirees and tourism.

BEBR recently found signs that wages may be moving up. From 2014-15, wages grew across industries and metros, with the construction, mining and financial sectors showing the biggest increases. Even so, average annual wages in Florida rose only $767 above pre-recession levels.

Cissy Proctor, executive director of the state Department of Economic Opportunity, says the 1.3 million jobs created in Florida since 2010 have been diversified, and a larger percentage have been in industries that pay higher wages. Wages are showing 3% year-over-year growth, which is faster than the U.S. as a whole is experiencing.

$47,484 — Income needed by a family of four to afford basic necessities, according to the United Way.

45% — Percentage of Florida’s population that earns below that threshold.

64% — Percentage of jobs in Florida that will require some form of post-high school education by 2021.

A major challenge for building Florida’s workforce is the disparity between the cost of living and wages. Average hourly pay in greater Fort Lauderdale is 92% of the U.S. average, for example, but the cost of living is 110% of the average. According to MIT’s online cost-of-living calculator for localities around the country, the living wage in Broward is $13.77 per hour for a family of two adults and one child.