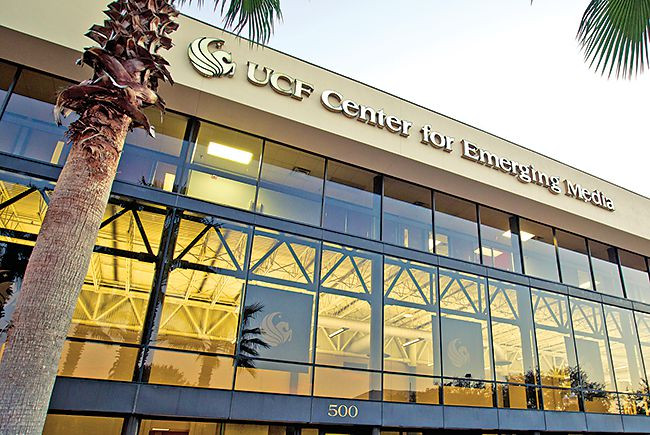 Ben Noel was relaxing on Sunset Beach, N.C., the week of Thanksgiving 2003 when his cell phone rang. His family was even more surprised than he was when they heard him answer, “Hello, governor.” Noel was, at the time, one of the top executives in Florida for Electronic Arts, the Redwood Shores, Calif.-based video game company.

EA was in the process of shifting its production footprint from nearly 20 smaller studios to five major hubs. And the company’s studio in Maitland, just outside of Orlando, which produced the successful “Madden NFL” franchise and other sports titles, was among those hubs. Noel and other EA executives had begun talking with local and state officials about how the government could help.

On the other end of the line, Jeb Bush got to the point immediately. The first question Bush asked was whether EA would move its headquarters from California to Florida.

“Well, I really doubt that,” Noel responded. “But we are looking to expand here.”

Noel explained that EA hoped to grow its Maitland studio, known locally as EA-Tiburon after the company that founded it, from about 200 people to 1,000. To do so, however, the company would have to accelerate its hiring from about one person a week to one person a day. That would mean hiring more entry-level video game producers, who cost about a third as much as industry veterans earning up to $150,000 a year.

The solution, EA believed, lay with the University of Central Florida. The company and the university had developed a concept for a new video game training academy in downtown Orlando. Orlando Mayor Buddy Dyer, the region’s legislative delegation and a host of other local officials had already lined up behind the project. Bush pledged his support, too.

Six months later, the governor signed a state budget that included $4.2 million for UCF to establish the Florida Interactive Entertainment Academy, or FIEA, with a curriculum developed with EA and some other companies, including Lockheed Martin. Local leaders hailed the new school as an important step toward diversifying the area’s tourism-dominated economy, and Noel left EA to become FIEA’s executive director. EA invited Bush to its studio for the launch of its next Madden NFL game; the company surprised him by producing a video depicting him as a strong safety for the Miami Dolphins who made a game-winning goal-line tackle of a tight end for the Dallas Cowboys — portrayed as his brother, President George W. Bush.

While much of central Florida celebrated, one corner of the region seethed.

Twenty minutes from the downtown site of UCF’s new video game school — at the opposite end of University Avenue from UCF’s main campus — for-profit Full Sail University had been churning out video game design graduates for years.

To the school’s executives, it appeared that local and state leaders had ignored a private-sector business already in place in order to create a publicly subsidized competitor.

Full Sail leaders believe they created the first digital-media education program in the country in 1995, when the 16-bit Super Nintendo dominated the game console market. In creating that program, Full Sail offered courses including HTTP authoring, interactive technologies for CD-ROM and DVI, Adobe and silicon graphics. It even had a virtual-reality lab.

Three years later, in March 1998, the school had added a new associate’s degree in game development. Undergraduate and graduate programs followed, as game development became one of Full Sail’s most popular career tracks. In 2003 — a year before the state spent $4.2 million on a video game academy at UCF — Electronic Gaming Monthly magazine had named Full Sail’s as one of the top five game degrees in the world.

Both schools prefer not to discuss the fight in detail, but “there have been a little bit of hard feelings between UCF and Full Sail in the past,” says Orlando Mayor Buddy Dyer.

A decade later, both schools — along with Orlando’s broader digital media scene — appear to be thriving. The Princeton Review this spring ranked both among the best in the nation for video game design; UCF’s FIEA was rated the top graduate program while Full Sail was rated the No. 17 graduate program and the No. 26 undergraduate program. (Two other Florida universities also made the list: The University of Miami, at No. 23 for graduate students, and the Ringling College of Art + Design in Sarasota, No. 34 among undergraduates.)

And while they still compete, the schools have evolved to fill different niches. FIEA, housed in the former Orlando Expo Center donated by the city of Orlando that has been renovated with curving walls and high-tech amenities, including a motion-capture studio, admits only about 60 to 75 graduate students a year — split equally among artists, programmers and producers — from a pool that typically includes several hundred applicants. Those applicants are evaluated on the basis of undergraduate grades, GRE scores and a portfolio of their work.

Full Sail, which has built up a 200-plus-acre campus featuring an array of state-of-the-art recording, editing and development facilities, casts a much wider net.

Prospective students for the undergraduate game-design program must have a high school diploma or equivalent, be interviewed by an admissions rep and pass a test proving they can handle algebra, precalculus and trigonometry; graduate students must have earned an undergrad degree with a grade-point average of at least 2.5. The school has about 2,000 students among the various levels of video game design, development and programming tracks.

Since enrolling its first class of 12 students on Aug. 22, 2005, FIEA has graduated 484 students, drawing primarily from states east of the Mississippi. Full Sail’s game design master’s program has graduated 261 students since its inception in 2008. Overall, from both gaming and non-gaming programs, Full Sail has graduated nearly 60,000 students.

Much as boosters envisioned, FIEA has become something of a farm team for Electronic Arts. Daryl Holt, COO of EA-Tiburon, says about a third of the studio’s interns come from FIEA and one in seven employees in its core game development teams are FIEA alums. “We would not have been able to grow or reshape our workforce as effectively as we have over the past 10 years without FIEA,” he says. (EA-Tiburon, which has about 750 employees locally, has also hired Full Sail graduates, Holt says, though not as many.)

Beyond propping up EA, FIEA and Full Sail have helped seed the ground for a growing industry cluster that includes other game developers such as Iron Galaxy and interactive media marketer Monster Media. The two also have become feeders for the defense and medical simulation industries.

One of the most recent arrivals to the area’s gaming scene is Topps, the baseball card company that recently opened a digital card studio in downtown Orlando. Jeremy Strauser, a former producer at EA-Tiburon who is now Topps’ vice president for digital, says the company chose Orlando — its first digital studio outside New York — in part because of the local talent pipeline. “I worked in Orlando for 15 years, so I know the quality and the quantity of talent in Orlando is very good,” Strauser says.

Still, mistrust continued to fester between UCF and Full Sail. A year ago, UCF, Dyer and other local officials were lobbying Tallahassee again — this time for money for a new UCF campus in downtown Orlando. The university’s plans included moving roughly 800 undergraduate digital media students from the main campus to downtown, as well as spending $5 million to renovate and expand FIEA’s adjacent building.

Whispers emerged that Full Sail was lobbying Gov. Rick Scott to oppose UCF’s downtown campus. Full Sail leaders insisted they had no concerns with the project, but some senior UCF officials were not convinced. The rumors took on added life when, a few months after Scott vetoed the project, companies associated with Full Sail gave $100,000 to Scott’s “Let’s Get to Work” political committee.

Dyer stepped in to try and negotiate a truce. While the Legislature was back in Tallahassee earlier this year, once again debating UCF’s downtown campus, the Orlando mayor invited Full Sail co-chairman Ed Haddock to an informal meeting.

In a lounge at Rollins College’s Alfond Inn in Winter Park, Dyer explained to Haddock the details of UCF’s downtown campus and the broader Creative Village development the city hopes will flourish around it. The two talked about the digital-media ecosystem in Orlando and how it could grow. “I think we can be a great game-design/digital media industry cluster,” Dyer says. “Full Sail is certainly a big part of that.”

A few weeks later, the Legislature passed a budget with $20 million for UCF’s downtown campus. This time, Scott signed it into law.

Meanwhile, in another meeting brokered by Dyer, officials from the city and UCF visited the Full Sail campus and discussed with school leaders ways that Full Sail might participate in the downtown project.

Full Sail President and co-owner Garry Jones predicts a new era of collaboration, not just between Full Sail and UCF but all of the region’s educational institutions, including Rollins and Valencia College.

“The past is the past,” Jones says. “Now it’s about, how can we work together in the future.”