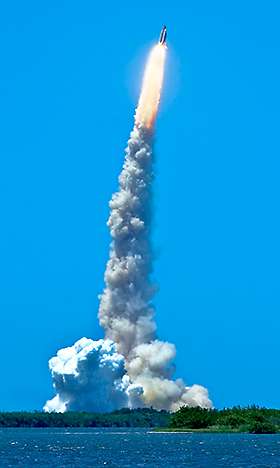 It is also interesting to note that larger states tend to struggle in terms of having a reserve large enough to fund government activities for any extended period of time. While Florida’s ability to run on reserves for 47.5 days ranks eleventh in the nation,4 there is only one state ranked higher than Florida that has a population above seven million people (Texas).5 In fact, states that compete with Florida based on population size like Pennsylvania, Illinois, and New York all ranked toward the bottom of the nation in the Pew study, with reserve funds only sufficient enough to cover their needs for 1, 4.1, and 13.3 days respectively.6

Within the reserve fund is a subset called the Budget Stabilization Fund (commonly referred to as a “rainy day fund”), the creation of which was prompted by Florida TaxWatch and the Taxation and Budget Reform Commission in 1992. Chapter 215.32, Florida Statutes, states that the Budget Stabilization Fund must equal “at least 5% of the net revenue collections for the general revenue fund during the last completed fiscal year.”7

The Budget Stabilization Fund, which is created when surpluses of revenue are set aside by a state government, is important in judging the overall fiscal health of a state. Public spending and the source for that spending, tax collections, do not always coincide with each other; in fact, they rarely do. As a protection for the state, rainy day funds are accumulated during times of economic growth and can be used during budget shortfalls.8

In fiscal year 2015, Florida’s Budget Stabilization Fund held an estimated $1.14 billion, ranking as the seventh largest fund in the nation.9The budget stabilization fund goes a long way in protecting Florida against unanticipated swings in the market that could create budget shortfalls, and the fact that the Budget Stabilization Fund is not only well funded, but also legislatively mandated is a testament to the fiscal wellbeing of the state of Florida.

As addressed by the Mercatus study, another important measure of fiscal health for a state is the amount of long-term debt a state holds. More specifically, a hot button issue sweeping the nation is the state of public pension funds. While many municipalities throughout the state struggle with funding local pension funds, Florida has been relatively successful in terms of funding the pension at the state level. With an estimated $29 billion in pension obligations,10 economic analyses from various private and public entities show that Florida’s state pension system is in relatively good health, funded at around 80 percent.11

The study by the Mercatus Center was able to analyze various factors that affect the fiscal health of each individual state. Their results verify that Florida is currently in a strong fiscal position, ranking fifth in the nation in overall fiscal health. Looking at various other facets of Florida’s fiscal health, TaxWatch finds strong evidence to support the Mercatus Center’s ranking.

» NEXT PAGE: Conclusion -- and about Florida TaxWatch

Florida’s fiscal standing grants the state the advantage of financial freedom moving forward. Due to the fact that the state does not carry large amounts of debt, Florida lawmakers can continue to invest in the state, and in new and emerging sectors that can make the state a national leader in areas like manufacturing, allowing Florida to financially stay ahead of the curve. While legislators must always be on the lookout for potential problems, as it stands today, Florida’s fiscal health is relatively strong.