Florida’s newest generation of chefs is experimenting and cross-pollinating with more passion and wit than ever, running shockwaves of fiery Korean through Colombian cuisine or piling Southern comforts onto a wood-fired pizza.

That’s a big change from the more refined, delicate fusion pioneered 25 years ago by the California chefs who carefully melded ingredients and style from Japan, Italy and Mexico, often using classical French technique.

No longer. In the new millennium, cooking and dining have turned more casual, artisanal and sometimes downright rustic. Chefs are exploring more authentic flavors of the American farmhouse and bar and regional variations of every ethnic stripe.

The 2015 Golden Spoon restaurants feature chefs reaching out to Peru, Turkey, Korea and other regions — fusion 2.0 from food truckers, small-plate nibblers and a generation of ethnic restaurateurs who just want to have fun.

All the new combustions are boosting Florida’s energy level, so fasten your seat belts. The earth is turning faster than ever. Stick your tongue out the window, and you can taste the world. Some highlights: 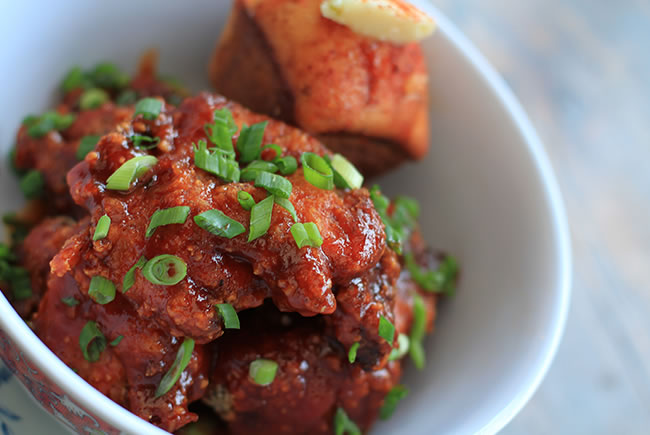 Finka Table & Tap, Miami: Eileen Andrade comes from a family that’s been in the Cuban restaurant business for 30 years, but she calls her menu “Seoul food.’’ At base, it’s the home cooking of Latin Florida: Oxtail, churrasco steak and pork masitas, but why stop there? Make it more exciting with vaca frita beef on glass noodles or arroz con pollo with gochujang or black beans added to Korean bibimbap.

717 South, Tampa: Odd combinations aren’t unprecedented. Tampa restaurateurs created 717 South more than 10 years ago, with a menu split with Asian on one side and Italian on the other so diners would have a choice of two popular cuisines, says chef Robert Masson. “I came along later and just happened to be Korean and Italian.’’ So he makes risotto and cioppino plus miso grouper and pu pu platters plus his own duck burgers and house bacon. 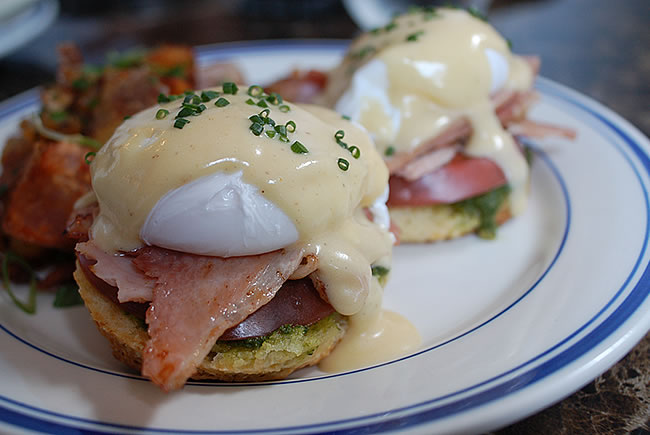 Noble Crust, St. Petersburg: The combination of Southern cooking and pizza at Noble Crust is hard to explain. While its creators may have just fused crowd-pleasing pizza with the fashion for new Southern, there’s also a common theme of old-fashioned simplicity. Perhaps it’s a shared love of bacon and pork or the fact that farm fresh ingredients for any Florida restaurant must come from the south. Both Italians and Southerners love tomatoes, but Noble Crust makes caprese salad of mozzarella and fried greens.

Byblos, Miami Beach: Inside the art deco Shorecrest, Byblos does not make just one stop in another cuisine, but trips widely around the eastern Mediterranean. Sprinkles of dukka, za’atar, charmoula and barberries transport diners to Turkey, Syria, Egypt, Iran and Morocco.

Linking Asia, South America
Many of the new combinations, like Eileen Andrade’s Finka, cross the Pacific to link Asia with the southern Americas, no need to stop in San Francisco or New York. The two sides of the Pacific Rim are old, if distant, neighbors: Chinese and Japanese immigrants brought their cooking to South America long ago, and aren’t sushi and ceviche close cousins? Nobu Matsuhisa and the SushiSamba chain each saw the connection long ago.

Maemi, Sarasota; Komoon Thai Sushi & Ceviche, Naples/Bonita Springs: Maemi sushi bar serves specialties of Japan and Peru — and their beers, Sapporo and Cusquena. Komoon Thai Sushi & Ceviche in Naples and Bonita Springs goes one better, adding Thai stir-fries and curries to saltados and teriyakis. Komoon may be the only Asian restaurant in Florida with flamenco nights.

Bazaar, Miami: The Latin-Asian bridge connection reaches to Spain as well at Bazaar by celebrity chef Jose Andres. His restaurant shares the hotel’s first floor with an exceptional sushi bar, yet Bazaar has its own nigiri rolls, Hamachi and a special section of Singapore street food. Iberico ham sliders, too. 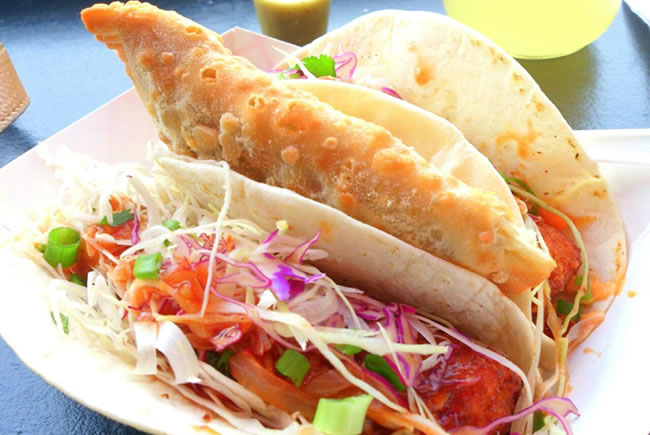 Other Transoceanic Connections
Red Ginger, Miami: South Beach’s hip Red Ginger combines all the robata, izakaya, sushi and ramen you’d expect in a sleek Asian bar with something you don’t: A whiskey bar (with many bottles of fine Whiskey that Japan has made in the last century).